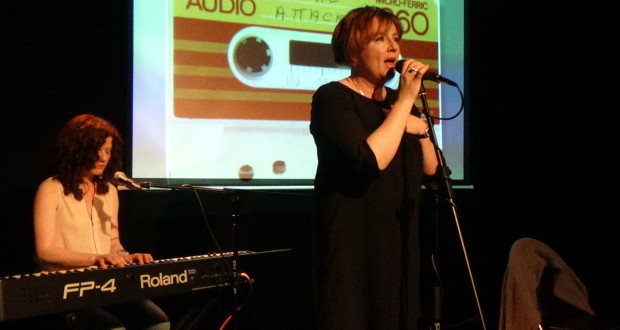 Pros: Witty and intimate, the content and bluesy presentation will chime with those who’ve had a few chaotic goes around the block in life.

Pros: Witty and intimate, the content and bluesy presentation will chime with those who’ve had a few chaotic goes around the block in life. Cons: It’s a singular view of the world the laser-focused, organised and otherwise self-congratulatory will struggle to comprehend. Everybody’s got a few tales to tell about their bumpy ride along life’s roads. Yet, not many would spew it all out, no-holes-barred, in a earthy basement venue just off Charing Cross Road. But that’s what Delyth Law does in Dysmortal Life, part of this year’s Camden Fringe, and she does it with great aplomb and seemingly&hellip;

For the right audience, this is witty, edifying stuff that charmingly ponders life’s endless imperfections.

Everybody’s got a few tales to tell about their bumpy ride along life’s roads. Yet, not many would spew it all out, no-holes-barred, in a earthy basement venue just off Charing Cross Road. But that’s what Delyth Law does in Dysmortal Life, part of this year’s Camden Fringe, and she does it with great aplomb and seemingly little regard for keeping up appearances. You get the impression that she’s been there and done that and no longer gives a monkey’s what you think; she invites you to share her singular view of her life as she dissects her romantic trials and tribulations. The Phoenix Artist Club makes a great spot for this intimate kind of shindig. It has the kind of faded, shabby-chic glamour that makes an ideal backdrop to a night spent drinking and picking over one’s emotional wreckage with willing friends.

Delyth’s ‘talk’ begins as a comedy lecture about the hazards of electronic dating and which men to avoid. Men on the internet, it seems, are the square root of unhappiness. But, from the very first song, which mixes its call for self-respect among the fairer sex with soulful doses of heartbreak, the lecturing tone is belied. And we begin to doubt… Before long Delyth tumbles out of her lecture and draws us into her own life, starting on a nudist beach in the south of France. If you think your teenage years were awkward, you ain’t heard nothing yet. The child of hippy parents, she spent many a mortifying nudist summer before facing the ultimate teenage mortification: seeing her father appear on national TV playing guitar – in the nude.

Delyth’s monologues about her relationship woes are punctuated by her jazzy, bellowing original songs, in which she’s accompanied admirably on the piano by Johanna Craven. As we go along, we encounter subtle shifts in tone; Delyth starts off put-upon and helpless, but then grows to understand that our woes are both thrown upon us and created by us. The songs provide a darker, more intimate view of events than the sometimes self-effacing comedy of the monologues. Why, she asks in the end, did she do this to herself?

While the subject matter and tone might not be to everyone’s taste, anyone who’s ever spent a secretly happy hour bemoaning and listening to others bemoan the state of their lives before sobering up, giving themselves a talking to and getting the hell on with it will, no doubt, get a kick from Delyth’s rollercoaster ride of an existence. And why does Delyth wants to tell you her story? I suspect exactly because she been there and seen it, and she no longer cares what you think.

Previous: Win Tickets to Hamlet is Dead. No Gravity at Volta Festival!
Next: Let’s Revue… With Jacobs and James, Canal Café Theatre – Review