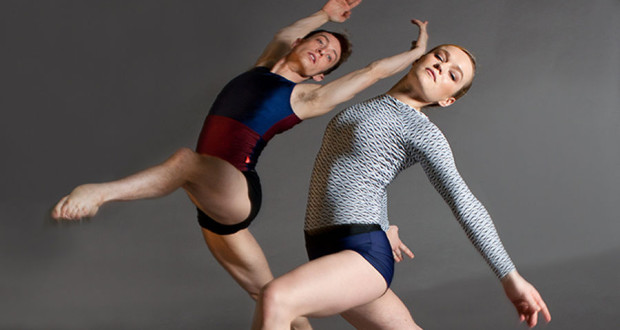 Pros: All four pieces are diverse within themselves; if it’s not your cup of tea at the beginning, it might be by the end!

Pros: All four pieces are diverse within themselves; if it's not your cup of tea at the beginning, it might be by the end! Cons: Each piece takes time to warm up and engage its audience. As a collection of four dance pieces by three choreographers, two seasoned pros in Robert Cohan (90 this year) and Yolande Yorke-Edgell (Artistic Director of Yorke Dance Project) as well as Causeway Young Artist in Residence, Charlotte Edmonds, Figure Ground is a fascinating combination of energies, movement types and mediums. Vacillating from synchronised, fluid and elegant, to punctuated, contorted and individualistic, three of the four&hellip;

A contemplative collection of pieces that capture the imagination once they get going.

As a collection of four dance pieces by three choreographers, two seasoned pros in Robert Cohan (90 this year) and Yolande Yorke-Edgell (Artistic Director of Yorke Dance Project) as well as Causeway Young Artist in Residence, Charlotte Edmonds, Figure Ground is a fascinating combination of energies, movement types and mediums.

Vacillating from synchronised, fluid and elegant, to punctuated, contorted and individualistic, three of the four pieces explore variety within themselves, a variety that tells the unique stories that each piece clearly engenders.

No Strings Attached, choreographed by Charlotte Edmonds, ‘[focused] on the spatial relationships between the dancers’ and was inspired by the accompanying music by Michael Gordon. It follows six automaton-like figures, three women and three men, each doing the same thing at the same time, without much flare. It’s all quite bland until each dancer breaks out of their synchronised and disciplined constraints and finds their own ‘voice’. When the dancers begin to ‘talk’ to each other and interact in an un-prescribed and expressive manner that breaks from the somewhat restrictive tethers to which they were introduced to the stage, the piece comes alive.

Canciones Del Alma, a solo choreographed by Robert Cohan and set to the music of three poems by 16th century mystic St John of the Cross (music by Geoffrey Burgon), is very still. Languid and full of longing, it’s an emotional and introspective piece in which the dancer (Yolande Yorker-Edgell) perhaps does not go far enough as to let the audience in on her experience and her journey. This is a subtle piece that does not necessarily leap from the stage to make a full connection with the audience.

The penultimate dance, Lingua Franca, also choreographed by Cohan brought the audience into the rehearsal room. A piece that plays the style of each dancer off one another ‘to create a satisfying whole’ the audience is privy to the development of each dancer’s style from a rehearsal setting through to performance. Interesting though it was to observe this process, the most engaging part to watch is the performance itself, the rehearsal element indulging itself a few minutes too long with extra multimedia elements that don’t make much of an impact.

The final piece, Unfold to Centre, choreographed by Yolande Yorke-Edgell and mentored by Robert Cohan followed similar patterns to the rest of the collection. A slow start lead to complex and varied movement that made you sit up and pay attention, set to an equally radical and eclectic score. Almost set up as a choreographed dance off, dancers come into their own as their movement was constrained to a box of light on the stage while their peers waited patiently on the sidelines. It’s a piece that becomes more fun and entertaining with time though also contains extraneous multi-media elements when the dance and the music are enough.

While the entire programme is full of talent, skill and expertise the pieces are a bit too similar in structure and, although engaging, mildly underwhelming.