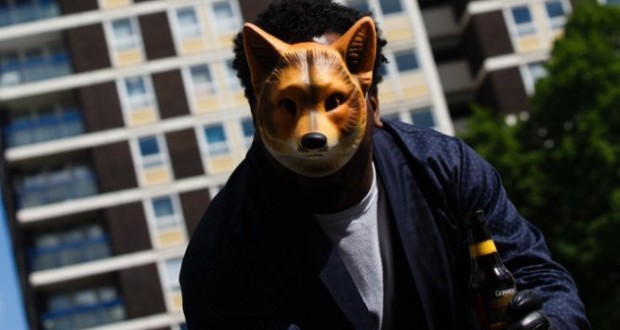 Pros: A funny, energetic and locally grounded take on a classic story.

Cons: Occasional bumbles made the show feel a bit under-rehearsed, but the cast overcame these with humour.
The Hackney Volpone, Rose Lipman Building – Review

Pros: A funny, energetic and locally grounded take on a classic story. Cons: Occasional bumbles made the show feel a bit under-rehearsed, but the cast overcame these with humour. Volpone, the sly fox, has spent years weaving a web of deception around himself. All Venice believes he is infirm and likely to die soon without an heir. To ingratiate themselves in a bid to inherit his estate, the nobles of Venice produce ever more lavish gifts for him. With the seeming help of Volpone's servant Mosca, they become increasingly entangled in Volpone's snare. Hijinks, naturally, ensue. The Hackney Volpone&hellip;

A lively and inclusive adaptation of a classic play.

Volpone, the sly fox, has spent years weaving a web of deception around himself. All Venice believes he is infirm and likely to die soon without an heir. To ingratiate themselves in a bid to inherit his estate, the nobles of Venice produce ever more lavish gifts for him. With the seeming help of Volpone’s servant Mosca, they become increasingly entangled in Volpone’s snare. Hijinks, naturally, ensue.

The Hackney Volpone is an adaptation of Ben Jonson’s classic text which gives the play’s setting in Venice a Hackneyish flavour. The supporting cast are all from the area, several songs and scenes refer to borough phenomena like the suddenly fashionable nature of areas like Dalston and the market scene will look very familiar to anyone who’s spent time in the East End.

Though written as a biting satire on the depths to which people will stoop for money, one of the most striking themes in the play is violence against women. Amara Karan’s character Celia is subject to a husband who guards her so jealously that he threatens to brick up her window, bind her up in chains and stab her, then Volpone gets her alone and threatens to rape her, after which various people conspire to get her imprisoned for prostitution. She doesn’t go to prison – it is a comedy after all – but whether Celia’s actual fate at the end will be preferable isn’t very clear.

Karan alternates the tragic Celia with Corbaccio, a hilariously grasping, elderly miser who disinherits his own son in order to win Volpone’s estate. The other aspirants are Voltore, a greedy lawyer played with clipped precision by Karina Fernandez, and Corvino, Celia’s husband. Simon Rhodes’s Corvino alternates between flattery and ferocity in a part that is equally humorous and terrifying. Finally there is the Lady Would-Be, who doesn’t seem as invested in Volpone’s money as she is in his personal charms. Considering that Volpone is masquerading as a desperately ill person with various unappetising symptoms of malaise, this says a lot about the character. She is nevertheless given an endearing, earnest vulnerability by the very tall and slightly bearded Tom Canton, who is disconcertingly alluring in a dress. (No? Just me, then.) Canton also plays Celia’s dashing rescuer, Corbaccio’s son Bonario. Does this lead to several scenes where Karan must alternate between Canton’s father and his purported lover? Yes, yes it does. Hijinks.

The key roles are of course Volpone, played by Jamal Rodriguez, and his faithful servant Mosca, Babou Ceesay. Their relationship has an underhanded Jeeves and Wooster vibe, with Mosca the solicitous but scheming servant and Volpone believing himself the mastermind and architect of it all.

The show has some inventive staging and design choices by director Anna Jones, designer James Turner and lighting designer Nicholas Holdridge. But given that the venue is a former library auditorium with composer/pianist Elspeth Brooke perched to one side of the stage, the production can’t get away from feeling a little bit like a school play that’s been left to seed until suddenly the actors are all fully grown. This impression isn’t helped by the occasional misstep like lags between scene placement that leave dead time onstage, some of the actors not quite knowing the script and a tendency on the part of at least one cast member to run ahead to the next line before the others have finished speaking.

The stated goal of the production is to make the play accessible to and immersed in 2014 London, and few things are more evocative of contemporary London than repurposed creative spaces and trying to build a sense of community in diverse neighbourhoods. By that measure, The Hackney Volpone is very successful indeed.

Previous: Son of Man, Museum of the Order of Saint John – Review
Next: The Merry Wives of Windsor, Coram’s Fields – Review