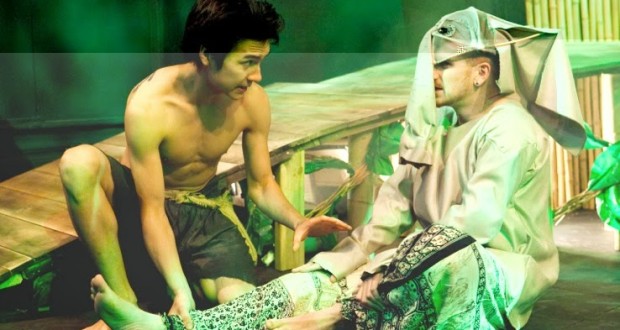 Cons: The acting occasionally felt stilted and insincere, which slightly broke the magic of the production.
The Jungle Book, Lion and Unicorn Theatre – Review

Pros: Stunning set, costumes and sound effects really bring the story of The Jungle Book alive. Cons: The acting occasionally felt stilted and insincere, which slightly broke the magic of the production. The Lion and Unicorn Theatre is a hidden gem tucked away on a side street in Kentish Town. It is a friendly, cosy and welcoming pub. The next time I’m in the area I will definitely be arriving with an empty stomach so I can order some of the tasty looking food too. This version of The Jungle Book was adapted from various films, books and cartoons.&hellip;

The children in the audience were utterly captivated throughout, the perfect family show.

User Rating: 4.63 ( 1 votes)
The Lion and Unicorn Theatre is a hidden gem tucked away on a side street in Kentish Town. It is a friendly, cosy and welcoming pub. The next time I’m in the area I will definitely be arriving with an empty stomach so I can order some of the tasty looking food too.

This version of The Jungle Book was adapted from various films, books and cartoons. The original story by Rudyard Kipling has become somewhat lost in the many adaptions, including the Disney movie, which is the version I’ve grown up with (and the writers couldn’t resist referring to the Bare Necessities when Bagheera urges Baloo not to break into song). So this version attempts to blend together all these adaptations while also adding new twists! I was intrigued to see how much of the story would be new to me.

There were a few occasions in the show with jokes that fell slightly flat with the audience, including a rather awkward rendition of the Fresh Prince rap by a crocodile. It felt as though they were jokes to make the show enjoyable for adults but this wasn’t really necessary. There were also a few characters whose acting occasionally felt stilted and insincere, which was a shame as it temporarily broke the magic of the production. However other casts members were brilliant. Particularly Mowgli (Dmitry Ser) who used animal behaviour to demonstrate how he was a man-cub raised in the animal kingdom.

I was very impressed by the set, which was very successful in creating a jungle atmosphere! The set was composed of bamboo and leaves and had raised platforms, which animals could climb or interact with, as well as dry ice which added impact to certain scenes. The set worked well, especially in the moment when Mowgli is captured by monkeys and is locked into a small cage beneath one of the platforms. However, it would have been nice if the whole stage had been raised slightly, as there was a limited view for anyone not in the front row when action took place on the ground.

Another element that worked particularly well was the use of sound effects and music. When Shere Khan the tiger was talking there was also the sound of a tiger growling, which was very effective in bringing this character to life. There were constantly sound effects in the background, evoking the sounds of the jungle, again helping to set the scene and changing according to the action which was taking place.

The most impressive aspect of this production was the costumes. I was surprised how so few cast could portray so many animals in the jungle. A turtle who had tambourines portraying his shell, birds which soared around the stage and sombre looking elephants making up just a selection of the animals we saw. The snakes were impressively created – with the bodies represented by actors’ arms, other members of the cast would look at the snakes’ heads as they were talking. This gave life to seemingly lifeless objects. Just after one scene with a snake, a child in the audience shouted out “That was freaky”…a testament to the creativity and effectiveness of the costumes!

Without a doubt, it was the childrens reactions that made me sure this production was a success. They were utterly engrossed in the story, running from their seats in the front row to their parents during scary sequences. So, despite a few elements breaking the magic for me, this was a fantastic show for all the family and the perfect Panto alternative!