Cons: It’s not the most original idea and could be developed further.

Our Verdict: Overall, it’s a bit of a giggle with a student sense of humour stamped all over it. 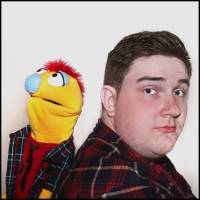 This is a show by a new group of acting graduates. Originally designed as a course project, it has now been adapted for the viewing public and is being presented at the Etcetera Theatre as a part of this years Camden Fringe.
The action is centred around a children’s theatre group that are aided in their endeavours by a puppet called Ed. There is an emphasis on health education, i.e. eating your 5-a-day, brushing your teeth, etc. Everything starts off happily enough but the group gradually descends into mayhem, with the performance showing what happens when puppets go bad.
The rot sets in when Ed and our protagonist Callum are left alone for a while. Using very un-puppet-like vocabulary, Ed ridicules Callum about his age (we’re celebrating his 21st birthday), his lack of success with girls and the sad state of his life in general. Ed becomes more dominant and more vicious with his jibes and manages to create pandemonium between the players. Their professional masks crumble as secrets are revealed and their true feelings about each other come to the surface.
The show includes songs cleverly worded for adults as well as some fun audience participation. The human fruit machine provides plenty of gags, as does the singing and dancing tube of toothpaste (a well done to Diana Winter on both counts). After that, things gradually slide into slapstick comedy aided by the liberal use of fake blood and birthday cake. Much like any kid’s birthday party, what starts off as sweetness and light, becomes sugar-fuelled tears before bedtime.
If you can imagine kids TV show Play School crossed with the movie The Beaver then you’re on the right lines. It’s a subject that’s been used for comic effect many times in the past so it’s not necessarily ground-breaking but, that said, The Grinning Idiots have created some fun moments.
It feels to me as though the show is still a work in progress and I think there are definitely some missed opportunities. The situation could be mined for more material, the dialogue could be sharpened and Ed’s personality could be more sinister but despite that, I have to give full marks for energy and enthusiasm.
The most appreciative audience will probably be of student age. As I don’t fall into that demographic, the 45 minute show didn’t set me alight but I had a few laughs and came out smiling at the end.
Seen the show yourself? Agree or disagree? Submit your own review with our Camden Fringe Big Audience Project!
Special Ed: Healthy Body, Happy Me! runs at the Etcetera Theatre until 16th August 2013
Box Office: 020 7482 4857 or book online at http://www.camdenfringe.com/index.php?sort=venue&id=3&listvenue=1&go=
Callum Stewart Camden Fringe 2013 Diana Winter Etcetera Theatre Grinning Idiots Theatre Joseph Rynhart Special Ed: Healthy Body Happy Me 2013-08-15
+Everything Theatre 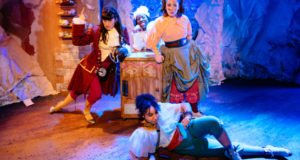