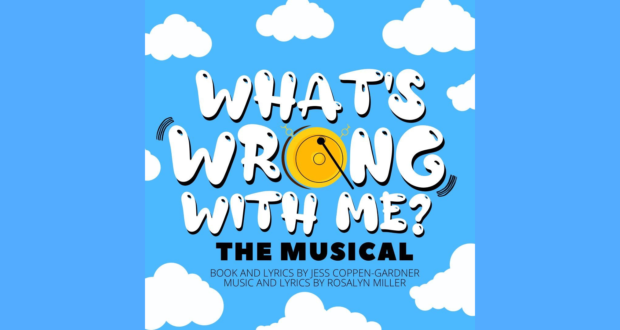 Lion and Unicorn Theatre On every visit to the Lion &amp; Unicorn Theatre I think I’ve taken a wrong turn; it’s tucked away on a delightfully leafy street in Kentish Town. If you have the time, it’s well worth heading there early; we had a delicious dinner in the pub garden. The mac and cheese was divine and it was just the fuel required for the final performance of a three-show day, exploring the Camden Fringe. What’s Wrong with Me? is a new musical set in a self-help retreat. It’s pitched as a show about a group with a&hellip;

A new musical with real potential to explore life’s challenges through a motley collection of characters.

On every visit to the Lion & Unicorn Theatre I think I’ve taken a wrong turn; it’s tucked away on a delightfully leafy street in Kentish Town. If you have the time, it’s well worth heading there early; we had a delicious dinner in the pub garden. The mac and cheese was divine and it was just the fuel required for the final performance of a three-show day, exploring the Camden Fringe.

What’s Wrong with Me? is a new musical set in a self-help retreat. It’s pitched as a show about a group with a mix of “first world problems”, when in fact some of the problems were anything but. We meet a woman who is only friends with her house plants – but she can barely leave her home. Then there’s a young environmentalist; they are a vegan, they hate plastic, and they feel like a cliché. There’s also a woman who’s a sex addict and a man who left his female fiancée at the altar after realising he’s gay. Finally, we have a young man supposedly struggling with toxic masculinity. All of them have come to this retreat to meet an Instagram guru who promises to help them find out ‘what’s wrong with me?’

The premise has real potential, but it does seem to miss the mark slightly. What could have been in-depth, thought-provoking moments appear trivial, and some of the jokes feel uncomfortably dated or out of touch with a 2022 view of the world. Surely we’re now past poking fun at young people that are trying desperately to stop us plunging into climate catastrophe? And toxic masculinity is so much more than just someone who can’t admit to liking an Aperol spritz. Pitching sex addiction as a “first world problem” and as a joke also feels misplaced. Perhaps it’s a case of trying to tell too many stories in a 75 minute show, but none of the characters are fully formed, and it’s hard to feel connected to the narrative.

However, there are also moments of pure hilarity and genius writing. One highlight is a routine between the sex addict and the retreat leader who do an increasingly provocative and innuendo-filled yoga class together – this is a success due to the wonderful actors in this scene who have impeccable comic timing. There are a few further glimpses of humour, character and enticing plot lines, yet you can’t help but wish that the whole show matched this segment.

As a musicals fan, the best bits are often those musical moments that take your breath away, especially with a live band. Sadly, this was missing tonight, as the cast sang along to a backing track. This was a real shame, and the show could have had so much more energy with musicians in the corner. Whilst appreciating this is undoubtably a budget issue, it does make the performance feel slightly flat at times. Some of the songs are catchy though, and the final number’s still in my head whilst sitting on the Overground back west. However it still lacked that one, stand out, incredible musical moment.

This is a production with so much potential: a little more character development, a few less clichés and some live musicians and it really could be fantastic. And whilst I was less than bowled over by the musical, my theatre companion absolutely loved it: theatre again proving how divisive and debate-generating it can be.

What’s Wrong With Me has completed its run at Lion and Unicorn.