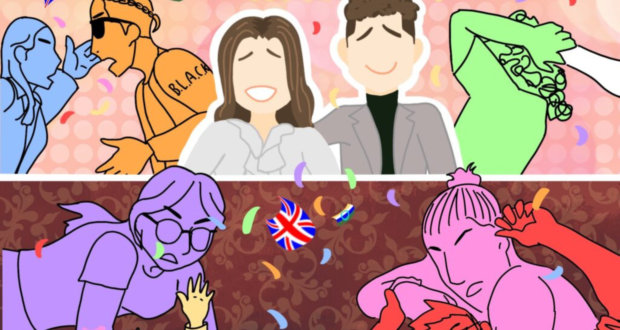 Tomorrow Night Live is the final show in the Seven Dials Playhouse mini season showcasing new writing, and this piece certainly deserves showcasing. Written by Lucy Owen and Georgie Wallace, it literally fizzes with energy. The performance is set as a parody of a cheesy game show, complete with audience interaction and social media references. Racist and sexist actions and speech are casually integrated as content and are highlighted with humour, encouraging the audience to reach their own conclusion. Subtle nuance in the writing means that there is no preaching, just the shocking existence of everyday misogyny, prejudice and&hellip;

Exhilarating and nuanced writing, delivered in an original and outstanding performance, holds the audience to account for the harsh reality of everyday life.

The performance is set as a parody of a cheesy game show, complete with audience interaction and social media references. Racist and sexist actions and speech are casually integrated as content and are highlighted with humour, encouraging the audience to reach their own conclusion. Subtle nuance in the writing means that there is no preaching, just the shocking existence of everyday misogyny, prejudice and political disdain as a reality for the majority of the population.

The Seven Dials Playhouse has a small black box theatre, seating just 100 audience members. In such an intimate space we are all very much involved in the performance, as performers shake hands with or seek opinions directly from the audience, and the result is a co-dependent relationship. There is no question that we are all complicit in today’s issues and our casual acceptance of these horrors is to blame.

The set mostly relies on the performers for the action and they are effective in using every inch of the small space. There is one sofa which is brought to the fore and back again as needed, and a hatch space at the back of the stage, where actors speaking words from real-life interviews pop up. Both of these work well.

The energy and skill of each performer is accomplished and the content operates as small chapters of dialogue, broken up with dance and ‘off-set’ discussion. The varied energy levels in such a structure is inspired; it keeps the audience on their toes as well as highlighting the myriad everyday disguises for prejudice. In particular, a short musical extract from Chicago is repurposed to spotlight misogyny in society. The strength of this segment is in its brevity and shocking difference from the light-hearted sections that precede and follow it. Similarly, an audio file of Boris Johnson speaking is played over a fragment of silent and slow action from the cast. These moments create genuine horror in the audience.

As well as verbatim content, facts are combined to great effect using a panel quiz format, and the message is clear: we are all accountable for this reality and change is needed from everyone across society to amend it.

This is a true ensemble piece and as such everyone was very good, but special mention must go to Joshua Cameron as Penz and Georgie Wallace as Amber Jones who were exemplary in their subtle but determined portrayals.  It is encouraging that this play was devised by a group of young people, when clearly a collective response is needed from all sections of society to permanently banish the violence and inequality it reveals. The nuanced writing and crisp, effective editing in the piece mean its effects stay with you long after the performance has finished. It reminded me of the power that such work has, and it was a privilege to experience it.