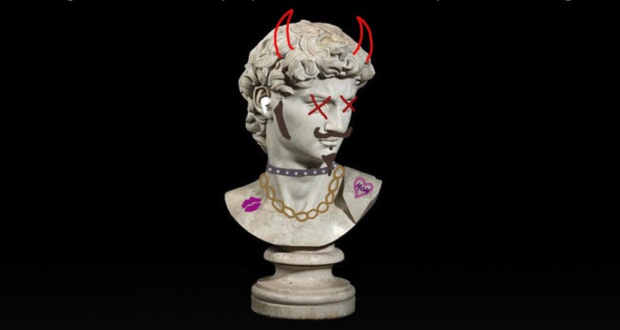 Author: Everything Theatre in Features and Interviews 25 July 2022 0 401 Views

Katherine Stockton on her play Colloquium, playing as part of Camden Fringe

We all know the phrase Oxbridge, a portmanteau of Oxford and Cambridge, the two oldest, wealthiest, and most famous universities in the United Kingdom. It’s a phrase that will conjure up different images to different people. To some a mark of quality, to others it may mean elitism.

Katherine Stockton’s Colloquium takes us into that world, exploring the lives of stuffy Professors, pompous Candidates, and struggling Students, all suffering under the regime of pressuring higher education.

The play is one of the first on at this year’s Camden Fringe, with performances 1 to 4 August at Hen and Chickens Theatre. It also then plays for two nights at Kensington’s Golden Goose Theatre (5 and 6 August). Tickets for both venues can be found here.

Always wanting to further educate ourselves, we thought we’d put on our finest gowns and mortarboard and spend an afternoon in the study with Katherine to talk more about her play.

The play takes us into the world of our finest places of study, what can you tell us about the play and the characters we’re going to meet?

The play is most essentially a pulling back of the curtain on the mythic and hidden world of these elite institutions, yes. We are going to meet Alfred; a Professor of English in his last year before retirement, obsessed with leaving a form of legacy behind, Bennett; a junior Professor of English hoping to take Alfred’s job next year, Ben; a seventeen-year-old applicant who has been all but groomed for the interview process, Alice; an applicant to whom this world seems bewildering, George; a PhD student struggling to reconcile his relationship with his working-class, pub quiz loving step-dad, and Anna; a PhD student whose mental health is suffering to the point of giving up on her academic dreams.

And is the play a one-person show portraying the various characters we encounter, or do you have an ensemble?

We have a very talented ensemble who are able to bring their own distinct voices to each character who struggle with the pressures of elite education in similar ways, yet often take very different approaches to coping with those pressures.

You didn’t study at either of the Oxbridge universities, what made you decide to set a play there?

It didn’t matter so much to place a play where I’ve known. To me, and to most teenagers who go through the UCAS process, Oxbridge is a symbol – a monolith – of excellence. You either make it – become part of the symbol – or live forever outside it. It is the great divider of applicants. Therefore, it felt natural to set a drama within its walls.

There’s talk of balancing the conflicting hopes of education: to teach for the exam, for success, or to teach for life. Does the play answer which you feel is more vital or just highlight the contradictions that exist?

The play highlights how impossible both of the strategies are. Under capitalism, under our data-driven, results-driven society, where everything must be quantified and scaled, you cannot teach for life. You must teach for an exam. But you also cannot hope to produce educated, well-rounded citizens of the world if you only take this method. Whichever is ‘better’ cannot be discerned until we realise how to actually do either.

Do you feel as a country we often give too much reverence just because someone studied at one of the elite universities?

As someone who did not study there; it is almost impossible to say. Maybe the undergraduates of Oxford did get much better quality teaching than I did at Warwick. I will never be able to know for sure because I wasn’t there. I think it’s that wall that separates the two worlds that the play wants to look at most.

You’ve clearly looked at their processes deeply to put this play together, do you feel that the universities have changed or is there still a lot of unnecessary tradition at play within them?

The pomp and ceremony, razzle dazzle of the place is absurd to me. Almost cultish. I am sure those memories of sitting down in gowns and hats to banquets stay with you for life, embedding in you a network and a sense of loyalty that will carry you through your career for as long as you choose to tug on the strings of that network. I feel as though the ritualistic nature of Oxbridge is very much still in place.

The show has already performed at Bread and Roses, has it changed much since then? Did you learn anything at that run?

I certainly did. That run was a comedy with dramatic elements. I realised that the themes I want to tackle – how we venerate exceptionalism, the authority of tradition vs. the inevitability of progress, elitism, class, politics, etc – they all leant themselves much better to a drama. A drama with hilarious bits, but a drama nonetheless.

Why should we come and see Colloquium then?

Currently, there’s nothing quite like Colloquium out there. It dissects, with wit, and intelligence and humanity, a certain place and time that has yet to be visited on the British stage since the works of Alan Bennett. Come and see it for that.

And as it’s Camden Fringe, with so much else going on, do you have any recommendations of other shows we should see as well as Colloquium?

Boiling Frog is a digital event and so accessible to all. It explores the trauma of witnessing the horrific Australian Black Summer Bushfires of 2019/20 using the monologue form. Definitely one I will be looking out for.

Thanks to Katherine for finding the time to chat to us about Colloquium. You can find out more about the play and book tickets at Katherine’s website here.