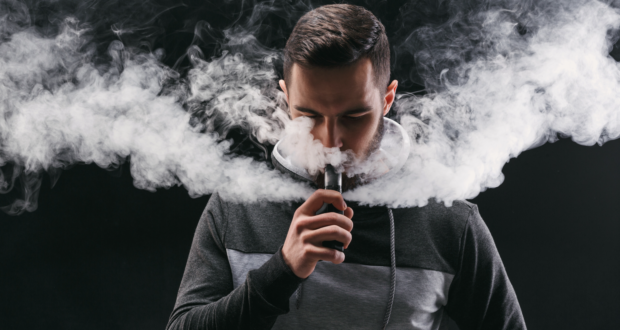 What are the Rules About Vaping at Theatres in the UK

Watching a movie with friends is an entertaining and relaxing experience. Many add to this experience by sharing a vape while watching the screen. Many gatherings of young people include vaping, whether it’s a game night, movie night, or a party. This is just something fun that doesn’t require any effort or attention and improves the vibe of the place.

While you have the freedom to vape whenever you want in your house, it’s not the same in public places. There is no blanket ban on vaping in most places, but it is frowned upon.

For example, it’s unlikely anyone will ask you to stop vaping in a pub, but this might not be the same in restaurants.

Theatres are a great source of entertainment and people wouldn’t be wrong to want to vape while watching a movie on a big screen. However, no theatre in the UK allows vaping indoors.

While many people like the smoke and smell of the vapes, not everyone shares the same taste. Even if they were to enjoy the vibe, one wouldn’t want their kids to be influenced by it. If you are vaping around kids in the theatre, it’s likely they would want to do the same.

There is also talk about how the smoke can worsen the quality of air indoors and that it contains particles of nicotine. This means we can’t blame them if they don’t want vapes around them when sitting in a closed hall. If you want to enjoy a movie while vaping, you should look for a small local theatre that might not have any specific rules.

Another option, which can be pretty expensive, is to get a home theatre. You will need to buy a big LCD and some good speakers. With the right setup, it can provide a better experience than the theatre.

Just because you love vaping doesn’t mean that everyone shares the same sentiment. Everyone is entitled to their opinion, and they have the freedom to choose their lifestyle. This world is just as much theirs as it is yours.

If you want to do something that is still a little controversial, and rightfully to some extent, you should be one compromising instead of asking others to live with it.

You should learn about the etiquettes of vaping indoors and follow them to the best of your ability. Respect others and educate yourself. If someone asks what you are doing or tells you how harmful it is for you and them, stay polite and answer them with facts. This way, they might become more open-minded.

On the other hand, if you are to misbehave, they will associate this behaviour with vaping and vapers. It will only add to the superstitions and controversies already surrounding the vaping community.

Vaping is Considered Almost The Same as Smoking

Many people can’t differentiate between vaping and smoking. Some even consider it worse.

This is one of the biggest reasons why many people have to avoid vaping in public. While it isn’t something a kid should do, many unjust negative stereotypes have been associated with it.

The government hasn’t imposed any law on where you can’t vape. It’s the rules created by individual business owners. If we don’t follow their rules while on their property, they have the right to ask us to leave.

If you are to find yourself in such a situation, it’s best to stay polite and adhere to their rules. If they are providing a good service, you have nothing to complain about. They create these rules to please the majority. If vapers were in the majority, they probably wouldn’t have these rules in the first place.