Home » Features and Interviews » Interview: Hanging Around in Ealing 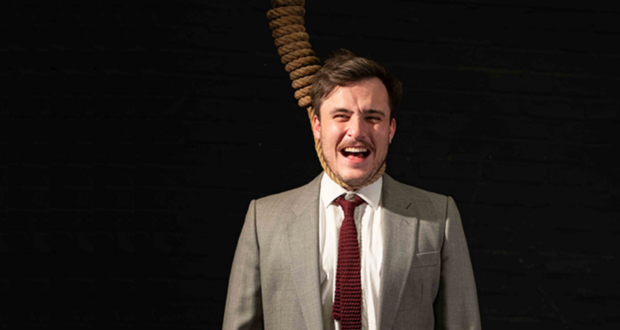 Author: Everything Theatre in Features and Interviews 31 May 2022 0 630 Views

Martin McDonagh‘s Hangmen first played at Royal Court in 2015. Richly praised for its writing, set and dark humour (including our own 5 star review), it tells the story of Harry, the 2nd best hangman in the country, at the time that hanging is abolished. The play would go on to a successful West End run as well as success in America.

It’a a big play in so many ways, and so a very brave, yet exciting, one for Questors to decide to tackle. This lovely Community theatre in Ealing, with its auditorium main space, is an increcible place to have on your doorstep if you happen to live in West London, so here at ET we’re always happy to chat with them about their work.

It was our pleasure therefore to catch up with Anne Neville, the director tasked with the challenge of bringing this big budget play to their stage in June. (3 – 11 June, further info here.) 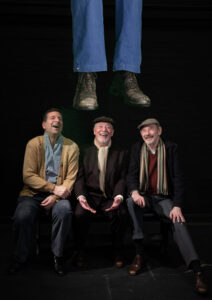 The play was an incredible success when first performed, can we assume you saw the original production then?

What made you decide you wanted to take on Hangmen?
I had directed The Cripple of Inishmaan (another of McDonagh’s plays) in 2016 and loved it. I have seen many of McDonagh’s plays and being English born Irish like him, I know where he’s coming from.

Yes, I was lucky enough to see the original production a Royal Court in 2015 and loved it!

Hangmen feels a very daring play to take on, given it is only seven years old and widely lauded as something special at the time, do you find it daunting to be attempting it?
Yes, especially the very demanding staging required for this production.

How do you cast such a play, do you have a wide pool of actors wanted to take part in Questor productions?
Well this is our second attempt at staging it. The first was cut short by Covid in March 2020. We lost several members of the cast due to other commitments but the main players are still with us. McDonagh is a real draw for actors . We do have a good pool of actors but some parts in this require very specific skills. And then there’s the accent!

The story revolves around the end of capital punishment, and whilst that may seem a dated concept, do you feel it still has plenty to say about 21st century attitudes towards punishment and retribution?
Yes, I do. There are a minority of people who would have hanging back if they could,  but it is important to look at the effects on those who suffer it and who carry it out.

The humour within Hangmen is rather dark, do you feel that’s easy to replicate?
We find it very funny and in rehearsal it is a gift. It has aspects of Pinter and Joe Orton. PC it is not! It does require very precise timing and expression to get right and we hope we have achieved that.

And is such dark humour something you think there is an audience for in Ealing?
Yes, I do, especially in these dark times. Humour is often all we have to cling to.

The play was highly praised for its amazing stage design, something we assume Questors budget can’t quite match? How do you get around such limitations with your production?
We are fortunate in that our Artistic Director is a professional Set Designer. We have also had a professional set builder on board so the staging, we hope, will serve the play extremely well.

Without giving too much away, there are also a couple of very graphic scenes in the original play (the title should give away what we’re referring to!), again, how do you replicate such scenes on your own stage without the recourse to all the technical equipment we assume was in use for Royal Court?
We have had a professional flying company with us to set up and train us in its use.

Our thanks to Anne for her time chatting with us. Hangmen plays at Questors Theatre 3 – 11 June. Further information and bookings can be found here.