Home » Features and Interviews » Interview: Giggles and Sex, What More Is There?

Interview: Giggles and Sex, What More Is There?

Author: Everything Theatre in Features and Interviews 5 May 2022 0 406 Views

Here at ET we have all ages covered. And we admit, some of us older members are, occasionally, jealous of those youngsters in our midst who are just embarking on their journey into adulthood. So when we get invites to shows that tell us the show is “a one-woman play about growing up. About sex and giggles” our first thought is “damn these kids”. Then we read on and find “self-harm and busking… For falling in love. And for working out how to love that person when their demons keep telling you to f*** off. Why is it always the kindest people that’re the saddest?” and suddenly we remember being in your 20s isn’t always a bed of roses, it’s full of its own unique difficulties.

So, having got over the fact Hannh Baker, is clearly one of those youngsters, it is also her show Banter Jar, promising all those things. It seemed like a good time to sit down with Hannah and find out about the play and remind ourselves that life can be tough whatever age you are. But that along the way, sex and giggles is what it is prehaps all about really. 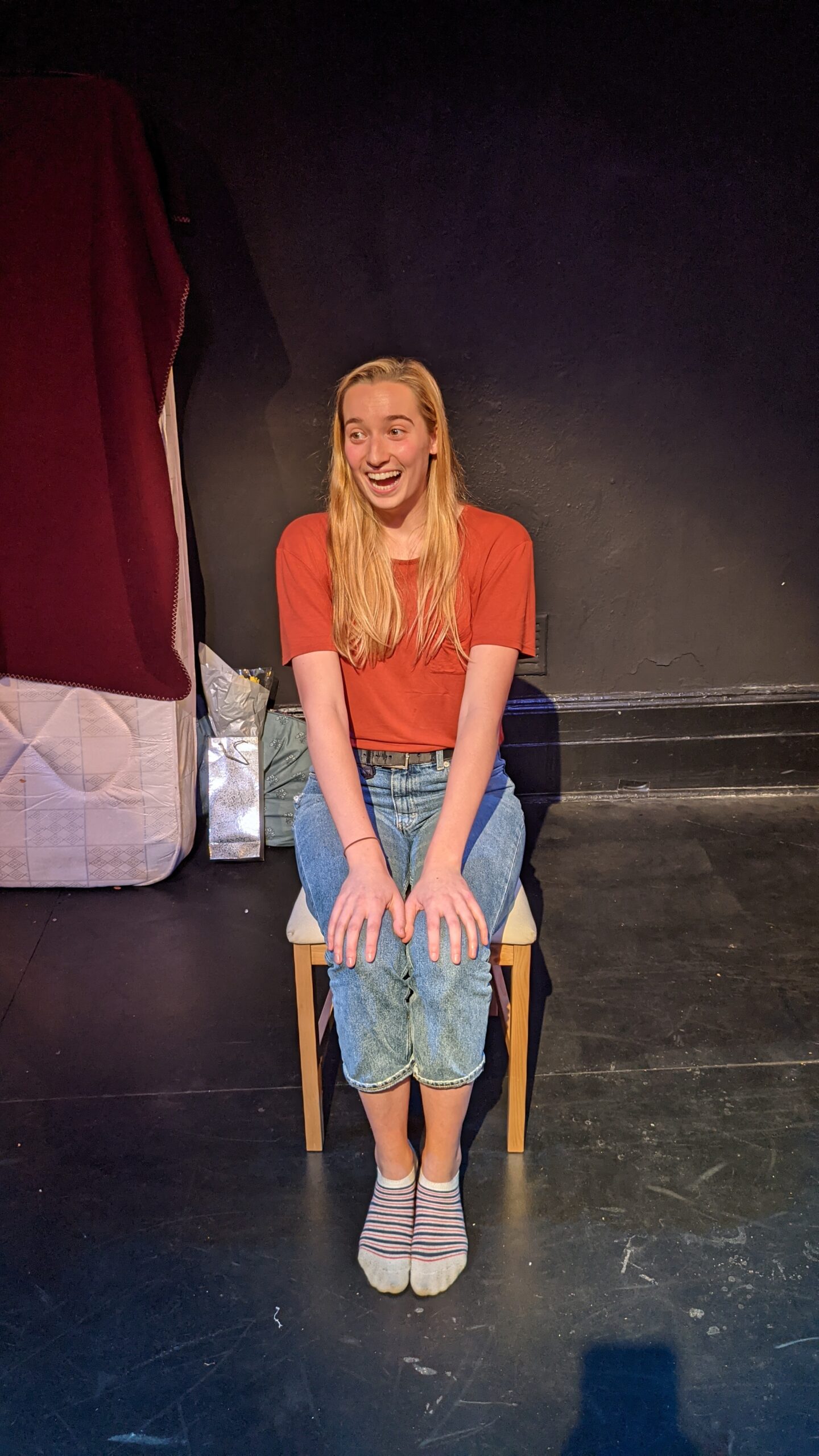 Your show is about growing up and all it entails; how much comes from personal experience then?

When I began writing, it was all personal experience. But as the script developed names changed, characters merged, story lines developed and it morphed into the show I have now – a jumble of both experience and new writing.

Clearly as well as containing plenty of the promised giggles, you tackle some serious topics as well in the play, what can you tell us about them?

For me, Banter Jar is about a whole range of things mixed together. So there’s not one particular issue that it’s ‘about’. Having said that, I do touch on happiness and love, and finding a way through mental health issues. So if people are looking for a theme there’s certainly something they can latch on to! The mental health issues do bring a seriousness to the story, but they’re also normal, and that’s how they’re treated within the play. But the characters hopefully are not defined by their mental health.

Are these themes ones you feel are common amongst 20-somethings? Or are you exploring the more serious elements of mental health?

Again, it’s a mixture. Self-harm and depression are very common in my generation, and so it doesn’t feel such a big deal to talk about it. I also talk about psychosis (a rarer condition) and the responsibility and control (or lack thereof) of another person’s life  – not to say that’s totally uncommon amongst 20-somethings.

The show includes music and you play the guitar, was music your entry into the theatre then? Have you done some busking as the show suggests?

I have! Music has always been a huge part of my life. I grew up busking in Coventry town centre, outside Poundland, as I am doing in the play. I went to drama school to study an Actor Musicianship course, so yes music was in part my way into theatre.

You’re playing at the Lion and Unicorn, what has the venue offer you in terms of support and guidance?

David Brady, Artistic Director (and also from Coventry), has been a huge help! He expressed interest in my script when I was early days writing it, and has been incredibly encouraging and kind whilst bringing the show to the Lion and Unicorn.

And after this run, is that the end of the road for Banter Jar, or is this just the beginning of its journey?

These five days are the longest run I’ll have done of it. So I’m waiting to hear what people think! I certainly hope that this is just the beginning.

Our thanks to Hannah for her time to chat to us. Banter Jar plays at Lion and Unicorn between 10 and 14 May. Further information and bookings can be found here.

Previous: Review: The End Of The Night, Park Theatre
Next: Review: The Secret Diary of Adrian Mole aged 13 3/4 The Musical, Queen’s Theatre Hornchurch