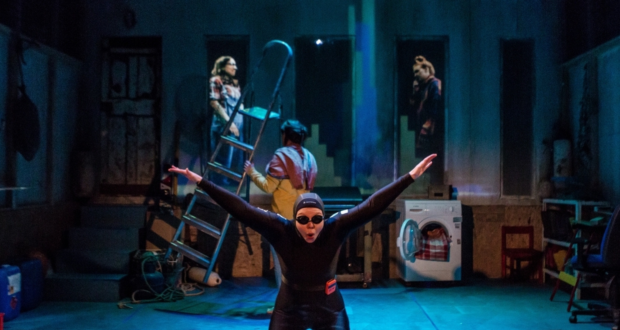 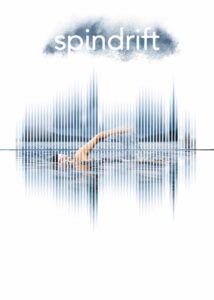 Curious Directive are an award-winning theatre company in Norwich, specialising in science-based theatre. Right now they are putting on Spindrift, the first play to be performed in their new Studio Theatre.

Always keen to get out of London for a short while and smell fresh air, we took a trip to meet up with Jack Lowe, founder and Artistic Director of Curious Directive, to find out more about the show and this new theatre in Norwich.

Curious Directive love a bit of science and discovery in their theatre, Jack! Can you tell us how that came about?

I trained in France at the Lecoq school. In their first year there’s this amazing set of classes about the poetry of basically everything, from colours to words – finding physicality with all of them. That to me, as a young theatre-maker, was eye-opening. It made me realise that the challenge of revealing concepts – which can be perceived to be ‘dry’ or ‘abstract’ – can often in fact reveal achingly beautiful moments of theatre.

This production deals with the story of one particular family living in Maine, USA. How are you able to bring them into the world of science?

Our lead character, Carol, is a Quantum Biologist, having just won a Nobel Prize for her work. The show explores what happens when your research is suddenly brought into the world’s gaze.

Spindrift is a rather unusual name for a play: what does it refer to?

It’s a boat my Dad had when he was alive. It’s that moment two waves crash into each other, creating an elegant spray. The word, the idea, reminds me of him.

Tell us a bit about the cast and how you’ve collaborated to devise the show.

Kate Shention and Katherine Newman worked on the original production and Sophie Steer and Amanda Hadingue are new to the ensemble. They are all devised-theatre ninjas. They are more like four co-directors alongside me.

The idea of Quantum Biology sounds a bit intellectual: will we be able to keep up with the smart stuff? Is it going to be all academic?

If your readers have every been to a Curious Directive show, they’ll know we’re careful with this – i.e we’re careful with the particular challenge of the theatre area of science. It’s the same with this one. We make it funny. We make it profound. We press the point that even some of the greatest scientific minds to have walked this earth struggle to wrangle with it. But we give the essential stuff, the stuff that makes you feel welcomed into our storytelling space.

You’re performing in a new studio space in Norwich; can we expect some of the cutting edge tech you’ve used in the past in this new venue?

The show plays out over headphones because one of the narrative hooks follows two podcasters. Our work does use cutting edge tech, but we talk about it less and less – mostly because I don’t think audiences (I have the evidence!) are THAT interested in the tech.

And is the show staying in Norwich, or do you plan to tour it?

Plans are always afoot to take our work further afield. However the last two years have made us feel a little sensitive about grand sweeping statements about where the work is going next. But as always, it’ll be somewhere interesting!

Thanks so much to Jack Lowe for taking time out to tell us about this fascinating production.