You can use WP menu builder to build menus
Home » Features and Interviews » Interview: Sarah Milton on ‘4’ 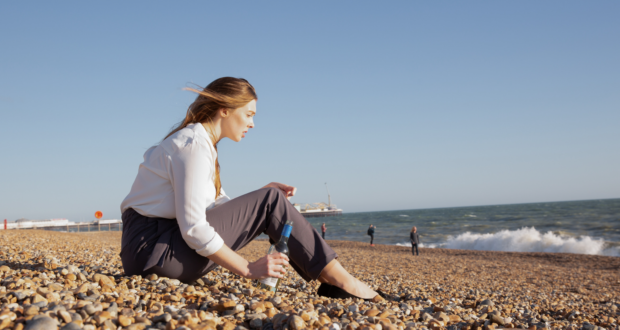 Author: Everything Theatre in Features and Interviews 24 April 2022 0 638 Views

Playing at Park Theatre’s Come What May Festival

Playing as part of Park Theatre’s Come What May Festival, Bruised Sky’s 4 tells the story of one woman’s response to a sexual assault. Writer and performer Sarah Milton approaches the topic by looking not just at sexual assault but at the effects of a toxic friendship, as well as crisis of identity.

It’s a subject that feels never far from the news right now, but as the statistics show, it’s also something that is still seriously under-reported and certainly one where the perpetrators are more often than not never held accountable for their actions.

We sat down with Sarah to find out more about the play, why such stories are so vital and what her hopes are for the play and its audiences.

What was the starting point for you to write 4?

I was sexually assaulted myself in my early twenties, but I didn’t really acknowledge it until I read the #MeToo hashtag in 2017. That movement was a period of awakening for me; not only did my behaviours and experiences that had followed the assault make a lot more sense, but I reflected heavily on how powerful denial had played into my survival. I was alarmed at how ingrained the expectation of assault and inappropriate behaviour was from men by women pre #MeToo and how easy it was to excuse; how the patriarchal systems in place had made it seem almost forgivable. Denial as a survival mechanism was certainly the starting place for writing 4.

It’s clearly a very personal play, how easy is it to address this in front of an audience?

I never write a play initially with the intention of it being read or watched – I try to write with truth and wildness of thought and then edit heavily before it’s sent to others. It began as a cathartic release of writing before it becomes more structured and less personalised, but the truth of it for me is still very much in the bones of the play. I was expecting it to be a very difficult process, but so far it’s felt empowering more than anything – like I’ve taken back the control that was taken from me all those years ago.

Is there a risk that by examining toxic friendships alongside this story that the focus moves away from the actual perpetrators? Are we at risk of blaming the wrong people about what happens?

I think because we live in a patriarchal society, we’re always at risk for blaming the wrong people for the wrong things. However, this play isn’t about perpetrators, it’s about survival. In the play, the friend of the survivor very much represents the expectation of the behaviour from men and how, as younger women pre #MeToo, we were almost encouraged to feed in to that behaviour in order to successfully attract them, which we are frequently told throughout our lives that we’re unsuccessful or undesirable if we don’t manage to attract a man. This is obviously ludicrous. I imagine the audience may want to blame her at times, but really we should be blaming the system that’s been built for her and led her to justify becoming a bystander to herself.

Reported sexual assaults are just a fraction of how many are believed to actually occur each year, do you feel plays such as 4 can help empower women to report crimes with more confidence?

Unfortunately, I think it’s going to take a lot more than a play to encourage women to report a sexual assault. It’s going to take a stronger judiciary system, an immense increase of faith and trust in the police and the law and more funded, professional, appropriate and timely support for survivors. That said, I do hope that the play will help add to the mounting voices highlighting the need for those things to change.

The play was originally meant to play at the VAULT Festival, and was long listed for the VAULT FIVE mentoring programme, how vital are such festivals and programmes for emerging artists and those looking to test new work?

VAULT and models like it are vital for artists like myself. They’re relatively affordable, lower-risk and allow voices a well-marketed platform that may otherwise remain unheard. It was devastating when VAULT was cancelled again this year, but a decision that was ultimately necessary. Audiences understand VAULT now and are more likely to take a risk on what they book for and see too. It was amazing to see how theatres attempted to rally round and house lost shows, proving that the industry recognises the value and importance of the festival and programmes like it. However, there’s a fear of taking on new voices in bigger theatres generally… But, audiences want them and with the right marketing support and authentic investment in those voices from the bigger buildings and producing houses, they will come. I think the financial losses from the pandemic are going to affect theatre’s ability to do that for a while though.

What do you want people to leave 4 thinking about?

I want people to leave 4 with a sense of how immediately a sexual assault can change your life, how denial can play a strong role in surviving but ultimately how resilient survivors can be. So often victims of sexual assault on television or film are either portrayed as overly hysterical and/or physically shaking, or the character’s assault also results in their death and the detectives (often male) talk about them and focus on finding the perpetrator, whilst also battling a deep, personal trauma of their own. Now, the former can of course be a person’s response – every reaction is different for every survivor but 4 is displaying a less publicly explored reaction; one very similar to what I experienced. 4 shows a woman functioning and going about her life immediately afterward, at times with humour, as I did and navigating her world with a changed and shifted understanding of it. But through it all comes the hope, and ultimately the joy, the protagonist realises she can find again.

And after the Park Theatre run, do you have plans in place or are you waiting to see how the show is received first?

We’d love the show to have further life, but there’s nothing solidly in place just yet. So, watch this space…

Our thanks to Sarah for her time to chat to us in such an honest way. 4 plays as part of Park Theatre’s Come What May Festival between 16 to 21 May. DIscounts are available for booking for more than one show in the festival.

Further information and bookings can be found here.