You can use WP menu builder to build menus
Home » Features and Interviews » Interview: Going Underground with Richard II 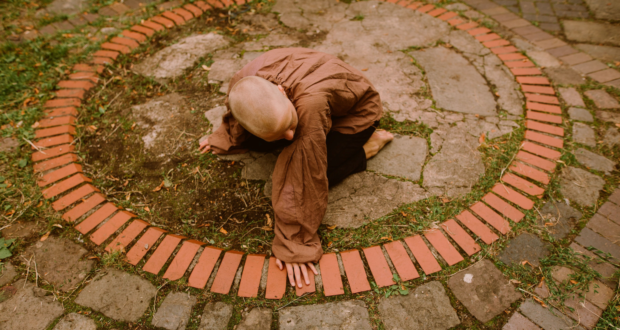 Author: Everything Theatre in Features and Interviews 5 April 2022 0 376 Views

Quandary Collective on Bringing Shakespeare’s Richard II to The Vaults

We never grow tired of seeing new companies find new unique ways to present Shakespeare to us. For plays that are centuries old, it’s amazing how easily they seem to still hold relevance for us today.

Quandary Collective are the next to bring something new to the table with their Vault-bound Richard II. Taking Shakespeare’s words, they promise a fusion of muscular movement, bloody violence and electronic beats, to bring you a gut-wrenching rendition of Shakespeare’s classic that’s somewhere between Mad Max: Fury Road, an episode of Game of Thrones and what it might have been like to stand in the pit at The Globe in 1595. This young company’s fearless adaptation looks at what it means to lead a country, the insidious effects of toxic masculinity, and why gender continually seems to matter in positions of power.

With such ambitious sounding plans, it seemed a good time to sit down to ask them more, especially whether we were going to see Mad Max style vehicles screeching through the Vault’s dark damp tunnels.

What do you bring that’s new to this version of Richard II?

A thorough investigation of the text, shining a light on current politics and a possible outcome of the direction our world is heading in right now. Throw in a good dollop of muscular movement, and a sprinkling of electronic beats and you have our adaptation of Richard II.

The Vaults have hosted some great promenade shows, is this another that is going to walk you through the tunnels with the action?

No, the play is staged end on in the Vault’s main theatre space. Though the lines between the real and imagined blur, we in no way intend to convince anyone that this isn’t a play.

You’re taking the show to The Vaults, are those damp tunnels a perfect location for such treacherous tales?

Oh, they so are. The atmosphere neatly settles the audience in to the near future were we are setting the play, with the trains at Waterloo running over us and becoming part of the world. Think Mad Max meets the 13th century in a strange combination of renaissance, chivalry and religious fanaticism clashing with raw brutality and cave-man violence.

And how do you keep Shakespeare relevant and fresh for new audiences?

For one, by not using what we like to call the “Shakespeare-voice“. Of course verse isn’t the way we speak to each other day to day, but we still look to talk to each other as human beings. Plus we love regional accents, which often brings such beautiful roundedness to Shakespeare’s poetic language. We also use other devices like the movement and music to really bring the world to life and hopefully excite and delight audiences.

The play is considered very political, can we draw any parallels to modern day then?

It’s all about politics, and the parallels are baffling. How did Shakespeare know?! Couldn’t be more relevant. First, the clash of old and young, different generations, and their miscommunications are one major theme of the play. Also, the current situation in Europe means the importance of peace which lives very deeply in some of the characters is something Europe is just relearning.

You’ve changed Richard to be “a woman presented as a man”; how does change the play then?

In the bones of it, it doesn’t change anything. The original version talks about the historical Richard being seen as a bad king for not being enough of a warrior, as his father and grandfather were, for which there is historical evidence such as a letter preserved from his uncle Gloucester essentially slagging him off for the very reasonable political decisions Richard made, as they were seen as weak and soft. Effectively calling him a wet bag! So the idea of a woman playing the part presenting as a man feels like it just highlights those elements. Though there may be a surprise or two in store for the audience still.

There is mention of Mad Max in the show blurb – you aren’t going to drive futuristic cars around the tunnels are you? Or is the reference more to do with overall style?

It’s about the style for sure, and a useful shared cultural reference to get an idea of the kind of world we are setting the play in. Although if we had the budget for futuristic cars, this might be a different answer…

And you’re promising electronic beats, which suggests it’s going to be loud? Should we bring ear plugs?

Ear plugs won’t be needed, but there is pumping beats and a lot of high-energy movement. We hope you’ll be feeling the beats with us rather than wanting to stop your ears up.

The play clocks in at a daunting 2 hours 45 minutes (including interval), how do you keep an audience’s attention for such a long show, especially given what we know of the Vault’s seating! Were you not tempted to start making a few cuts here and there?

Oh, we have cut the play! We have cut about 35 pages and reduced the character number from around 36 characters to 11. Still though, we are not worried about keeping the audiences’ attention. Firstly, the play is really funny – which isn’t always obvious in such a dark story, but it truly is. Secondly, the music, movement, violence and feel of the word brings the language and world alive. So really time will fly!

You are on for a month at The Vaults, will you see daylight at all in April then?

Hahahahaha, luckily we are only on in the evenings so we won’t turn into strange underground tunnel creatures ourselves, just our characters…

Thanks to Quandary Collective for heading above ground to chat with us.

Richard II plays at The Vaults 6 April to 8 May. Further information and bookings can be found at https://www.thevaults.london/richard-ii

Previous: Interview: The Only Way Is Essex for The Bush
Next: Review: Everybody’s Talking About Jamie, New Wimbledon Theatre