You can use WP menu builder to build menus
Home » Features and Interviews » Interview: Accusations, Witches and Privilege 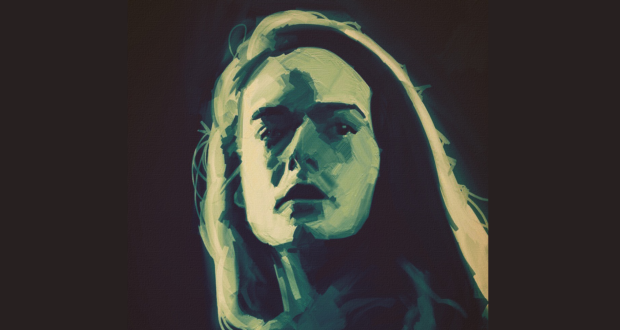 Author: Everything Theatre in Features and Interviews 14 April 2022 0 507 Views

Fury Theatre’s Abigail is a play that takes a different look at the Salem Witch Trials. Rather than tackle the witch trials themselves, it focuses on Abigail Williams, one of the first to make accusations that lead to arrests. And the story takes place four years later, looking at how being an accuser may have affected Abigail and the effects this would have on her for the rest of her life.

It certainly seemed to us to be a very different approach and a way to look at themes that still hold true today, so we sat down with the Fury Theatre’s Artistic director and writer Laura Turner, along with co-writer and director Stephen Gillard to tell us more.

What made you want to create a play against the backdrop of the Salem Witch Trials?

Stephen: It’s a point in history, infamous for the oppression of women, that resonates across the time periods. So much so that when we talk about “witch hunts,” we’re often referring to this particular period in history. We wanted to tell this story to try and suggest that, when it comes to the treatment of women, in law, relationships and the world at large, we may not have moved on as far as we think.

And why from the viewpoint of one of the accusers, Abigail Williams? How much is really known about the accusers and how Salem became a focal point for witch trials?

Laura: Choosing a point of view for a narrative piece can sometimes be tricky simply because in good stories, all angles present interesting views, challenges and exciting avenues to explore. As you can imagine, that’s very much the case with the historical figures from the witch trials. But through time and other media, certain figures have gained a certain notoriety. Not just Abigail but also Tituba, the Bajan slave who was one of the first to be accused. This play shines a light on Abigail and the experience she as an accuser went through – being parachuted up onto a pedestal where the great and the good were listening to her, just a very young woman, in a way that was unusual for any woman of the time. Then, as soon as her use was done and the trials were over, she was dropped – by those men who had raised her up, and by history, and her society. We wanted to explore this dilemma – to ask what scars that experience leaves a young woman with, and importantly how does that resonate with today. In our society we see women in particular made famous overnight – from reality TV stars to pop stars, politicians, actors and writers – only to be dropped as soon as they stop conforming to whatever unknown, ever-changing idea of “what’s right”. Who is that “right” decided by, and what makes it any more “right” than any other choice a woman – or anybody – might make?

Abigail was just a child when the trials happened, and there seems to be little known about her afterwards. What inspired the direction of your story? Is there any evidence she ever moved to Boston?

Stephen: There’s almost nothing known about Abigail after the events of the Salem Witch trials, apart from a possibly apocryphal tale that she was sighted in Boston working as a prostitute. The history is extremely hazy after Salem and that’s why we wanted to use her as a jumping point to show that women in history are almost always completely forgotten. Even women like Abigail who was famous in her community for the span of the trials is completely forgotten about once the events have played out. What happens to someone like that? Someone who’s worth in society is negligible at best. Even texts, plays and films that have looked at her usually stop at the point the witch trials finish. We thought that was interestingly symbolic of many women’s journeys through the past and indeed the present.

You want to explore privilege and exploitation within the play, are you suggesting Abigail was an abuser or was she simply caught in a system that allowed abuse to occur freely?

Laura: Our Abigail is a complex, flawed character – like all people. She makes difficult choices in difficult situations, and that means that sometimes those choices are mistakes that she regrets later. We don’t shy away from that – Abigail is vicious, proud, judgemental and unkind. But she learns from her experiences, and she realises that she has been deeply affected by the pressure of the society around her – as you say, one where abuse and exploitation was (and still is) endemic. What’s important is the character arc that Abigail goes on, and also her intention. She never knowingly abuses anyone. She voices bigoted ideas at the start of the play because that’s what’s been instilled in her, from a place of fear. We want to explore what fear can push people to do and ask questions through Abigail’s story of what it takes to confront that fear and rise above it.

You also explore the female bisexual experience; how much is known about this from the 17th Century, was it openly discussed or is it pieced together from fragments nowadays?

Laura: Abigail’s sexuality is another important element of the fear narrative we are creating. Abigail’s coming of age in the play is utterly inspired and fuelled by her burgeoning sexuality and the attraction that she feels towards a young woman she meets. This makes her reflect on the past as well, on some of the things she did and said – particularly towards Tituba – that came from a place of fear, of not having accepted herself and the fact that she is attracted to women as well as men. It’s important to note here that the real-life Abigail came from a very Puritanical society where sex wasn’t a subject to be discussed, let alone women’s pleasure. This has an impact on her. In the broader context of the time, there were, as always, mixed attitudes towards just about everything. We see this once Abigail goes to Boston – a much bigger place than Salem – where there are differing mindsets and more acceptance, but also more bitterness. There are certainly records from the 17th century of “women loving women” – both condemnatory and accepting – but Abigail herself is in the dark to her own feelings, let alone other people’s. Abigail in many ways becomes a play about self-acceptance, in its many ways.

How much do the play’s themes still ring true over 300 years later?

Stephen: The themes we’re looking at are, it’s probably fair to say, far older than the 300 years that separates us from this story. They’re also occurring today, just as freshly as if they’d only just begun. The oppression of women around the world. The denial of women’s ability to govern even their own bodies. Massive disparity within the legal system. The mistrust of education or success when it comes to women. The demonisation of sexual agency and fear of sexual identity. Coercive control. Racial disparity and discrimination across all levels of society. These are themes that we look at in the play and we would say you only need to look at the news for five minutes to come across an example of them being as rife today as they were 300 or 3000 years ago.

You’re playing at The Space, how important are venues such as the Space for new and emerging theatre makers such as Fury Theatre?

Laura: The Space is a fantastic venue to work with because they are so supportive of new work and particularly of the company behind the work. For us, this is our first in person production as a company, and we’re also bringing work directly to London from our company base in the East Midlands. There’s lots to think about and for me, this is the first show I’ve produced as well as written, but having the team at The Space there to give advice has been invaluable. I’d absolutely recommend it as a venue to other emerging companies, and the wider network of fringe theatres – and the reviewers, critics and audiences that support them – are such an important part of our industry, especially at the moment as we continue to rebuild after the last two years.

And have you thought about how you’ll be putting the play on for best use of their wonderful livestream service?

Stephen: This will be our first live-stream event. We’re excited and we’re going to be learning our way through the evening. It’s wonderful to be able to reach out to people who can’t attend, to be able to offer a chance for people, particularly in Lincoln, where we’re from, to see the piece live on the stage. Who knows, we may find there’s a film idea in this somewhere.

Thanks to Laura and Stephen for finding the time to chat with us. Abigail plays at The Space between 3 – 7 May. There will be a livestream performance on 5 May, which will then be available to watch on-demand for a further two weeks. Further information and bookings can be found here.

Previous: Interview: We All Have Strange Celeb Crushes!
Next: Review: The Lion, The Witch and The Wardrobe, New Wimbledon Theatre