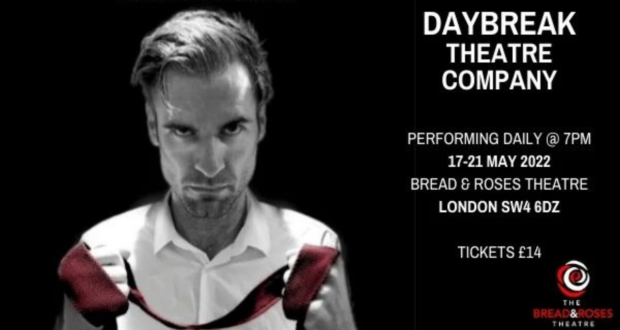 Author: Everything Theatre in Features and Interviews 27 April 2022 0 448 Views

New stage play, Malpractice, explores the abuse of power by the authorities from the perspective of two individuals driven by personal tragedy. We asked Clayton Black to tell us more about this new thriller that is heading to Bread and Roses Theatre in May.

Malpractice is a play that explores what happens when the people we trust to serve, defend and represent our best interests betray their values and duty to serve their own agendas.

The last few years have presented many high profile cases that typify this ‘abuse of power’ and privilege at varying scales: from the seemingly perpetual lies, scandal and double standards for which certain members of the political class remain largely held unaccounted for, to tragic events such as the murders of George Floyd and Sarah Everard by law enforcement officials. These scandals have reverberated around the world, creating a palpable sense of fury, solidarity and igniting a movement that demands change and justice. But these are just the cases that made headlines and successfully occupied our collective social consciousness and attention span for a sustained period of time. Make no mistake: for every Sarah Everard and George Floyd, there are many more men, women and children whose names we’ve never heard and whose stories were never told. Their loss will forever remain a hole in the hearts of those who loved them. For the rest of us, they are little else than footnotes in humanity’s dark history.

Whilst Malpractice is not directly inspired by or even addresses any of these events, I have certainly been influenced by them in its creation. But where Malpractice significantly departs from these real-life events is that it does not seek to recreate and re-vilify them. Rather, my intention has been to create new scenarios where the abuse of power committed by the two main characters – a lawyer and detective – are nested in the context of personal tragedy: heinous acts motivated by greed, hate and blatant disregard for human life are easy to hold in contempt and reject, but we rarely see in black and white when people are driven by grief and suffering. Humans have an instinctive response of empathy and compassion that enable us to find reason and justification in even the darkest and brutal of acts. Looking at the world today, it’s easy to conclude that the laws that are meant to be a reflection of our ethics, morality and values are written and enforced by people who often have the knowledge, means and position to escape consequences of their actions. Malpractice asks the audience where the line between vengeance and justice exists and, if presented with such exceptional personal circumstances and the position and power to evade consequences, how they would see fit to act.

Whilst Malpractice can’t help but be a commentary on wider society but really it’s a manifestation of my personal cognitive dissonance. When I read the news each day, I am sometimes shocked to find myself simultaneously overwhelmed and desensitised to the dystopian reality humanity is creating for itself on a daily basis. Most of the time I experience an overwhelming sensation of resignation and reluctant acceptance: I tell myself “that’s the way the world works”, “some things will never change” and “go along to get along”.

But there are moments when I – a generally mild-mannered person who has never demonstrated a meaningful ounce of political or social activism – grow weary of this pattern. There are moments I wonder at what point tacit acceptance of the social paradigms that enable such abuses of power make me an accomplice. Like many of us probably do, I like to imagine that if presented with opportunity, I would behave and act differently. But no man is an island: how many of us know the hearts and minds of anyone well enough to say that, under the right circumstances, we can’t be either bought, broken, corrupted or cowed?

The production is written, directed, produced and starring Clayton Black, who plays the lawyer. He is joined by the talented Fiona Munro and Mike Younis, who play the detective and the victim, and together provide the emotional core and moral ambiguity of the play. Philip Gill, Carol Morgan and Richard Bobb-semple the prosecutor, judge and public defender who represent institutions and values of society being undermined and manipulated by ‘bad actors’.

Malpractice is a drama/thriller for the modern day that blends topical world events with compelling characters and motives, and unabashedly dives head-first into dark subject matter that intends to slightly unsettle viewers. The play itself is completely impartial and dispassionate and offers no judgement of the actions of the characters: it is left to the audience to form their own conclusions based on their own values and beliefs.

As always, our thanks to Clayton for his time in writing this guest post.

Malpractice is being performed at the Bread & Roses Theatre in Clapham from the 17th-21st May, 2022. Further information and bookings can be found here.

Previous: Interview: Every Rain Cloud Has A Silver Lining
Next: Interview: And stretch 2, 3, 4…