You can use WP menu builder to build menus
Home » Features and Interviews » Feature: From TV to the Stage 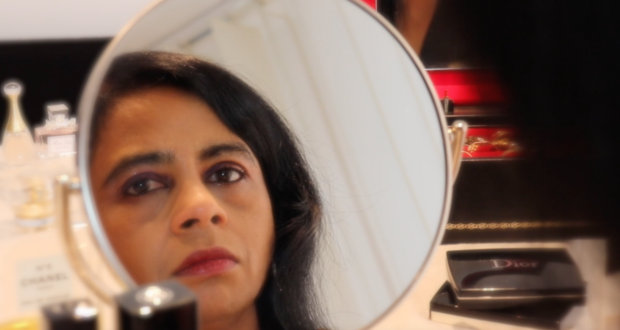 Feature: From TV to the Stage

Author: Everything Theatre in Features and Interviews 28 March 2022 0 233 Views

Originally a BBC2 six-part series of shorts, Up In Town might not appear the most obvious programme to revive for the stage. But that is what David Fairs has decided to do with this 20 year old programme. So we asked David to tell us a little more about the show and why now? The show will play at The Hope Theatre for four performances in April. Tickets can be booked here.

“And then I was up in town. And for the first time ever, I didn’t want to be somebody else. I just wanted to be me.”

This thought, this feeling, this often all too elusive dream is at the centre of Up In Town – a new 20th anniversary stage adaption of the 2002 Joanna Lumley TV series, playing at Islington’s The Hope Theatre for a limited four-performance run in April. We all want to feel like ourselves or, more specifically, be allowed to feel like ourselves; but in reality this is far from simple for many groups, including, in the case of Up In Town, middle-aged and older women. Sadly, at twenty years old, this story is no less relevant, and this is what attracted the team behind this new adaptation to re-explore the story of Maddie Blakelock as a one-woman show.

Beginning life in 2002 as a TV series written, produced and directed by Hugo Blick (Emmy-nominated for 2014’s The Honourable Woman), Up In Town tells the story of Maddie, a divorced woman in her fifties, navigating loneliness, invisibility and a feeling of irrelevance. Having workshopped the idea during the depths of the Covid-19 lockdowns, producer/performer Priti Colbeck and writer/director David Fairs are now thrilled, with the blessing of Hugo Blick, to be transforming this beautifully conceived portrait of a flawed, funny, resilient and very real person into a one-hour, one-woman show. 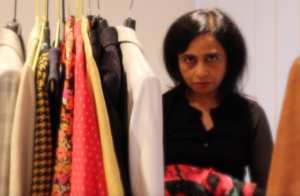 Immersing yourself in the intimacy of Maddie’s dressing room, Up In Town is an open yet guarded conversation, the pieces of which gradually reveal a life story that is joyful, ridiculous, hopeful, hilarious, uncomfortable and heartbreaking. From Acapulco to West London, marauding rats to dishy vets, ailing pets to estranged sons, unfaithful husbands to a haunting photograph of a truly happy young woman, your evening with Maddie will be relentless and intoxicating. Always living through the emotion and artifice of cinema, the one thing that has never let her down, is Maddie more Dirk Bogarde or Vivien Leigh? James Dean or Julie Christie? Falling on hard times, those cinematic fantasies might be more important than ever.

“I’m going to have to make a few more economies… still, that’s all right. Scarlet O’Hara ended up digging her own potatoes.”

For Priti Colbeck and David Fairs, this has been a labour of love. Priti is herself a trailblazer, having only begun her acting career at the age of fifty; she is passionate about telling the stories of older women who have so much more to offer and so much life to live. David’s work has always revolved around increasing representation and spotlighting the stories of the side-lined. His previous critically-acclaimed plays as a writer include Macbeths and I Know You Of Old (also Hope Theatre productions, the latter of which was then performed at the RSC’s Dell), both of which reconfigure Shakespeare plays to place the female stories of Lady Macbeth, Beatrice and Hero front and centre; his Vault Festival play Tomorrow Creeps interweaved the music and magical empowerment of Kate Bush into a Shakespearian narrative of Hecate and Bronte’s Cathy, while Is He Earnest? told the unapologetically queer story of Oscar Wilde’s gross indecency trial crossed with the 1980s raid of Gay’s The Word (the bookshop at the centre of the wonderful film Pride). While arguably more down-to-earth, this adaptation of Up In Town is a natural successor – a deeply human story about disenfranchisement. For David (a member of the LGBTQ+ community) and Priti (a middle-aged British-Asian woman), this production is very much a celebration and a personal statement.

Thanks to David for penning this feature about Up In Town. For further information and to book tickets, visit The Hope Theatre’s website here.

Previous: Review: Who You Are and What You Do, Bread and Roses Theatre
Next: Review: The Alter, online