Home » Features and Interviews » Interview: We Consent to these questions 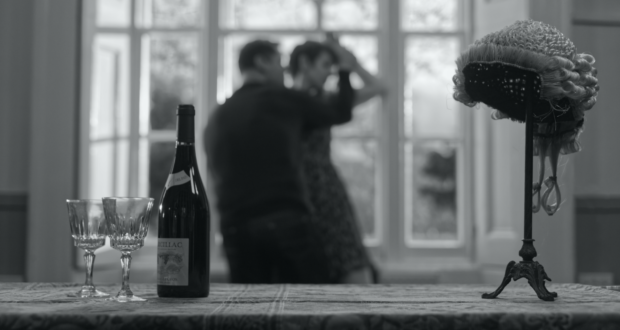 Interview: We Consent to these questions

Author: Everything Theatre in Features and Interviews 13 February 2022 0 228 Views

Until recently, we weren’t aware of Questors Theatre (we apologise for that oversight on our part) but now it’s on our radar we are more than happy to see what amazing shows they are presenting us with. This community based theatre in Ealing are clearly not afraid to tackle the difficult subjects, as their next show, Consent, clearly proves. Nina Raine‘s play, first performed at the National Theatre, follows the two barristers on either side of the case and the turmoil of their lives away from the courtroom.

We sat down with director, and former barrister himself, Paul Collins, to ask why this play appealed to him and whether being a former barrister is a help or hinderance to directing the play ahead of its opening night on 19 February.

What was it about Consent that made you want to bring it to Questor Theatre?

This is a tautly written play raising issues about trust in personal relations and the contrasting demands of empathy and detachment, for lawyers and for us all. And it manages to be viciously funny from time to time, as well.

The play focuses on the two opposing barristers in a rape trial; as a former barrister were you able to bring personal experience to the play, and how realistic are the two based on your real-life experiences?

The playwright, Nina Raine, acknowledged legal input and the legal side has an authentic ring. Some of the barristers’ chat is deliberately extreme for dramatic effect, but it’s not far off! But the real focus of the play is on the relationships between the characters.

Did you ever need to stop yourself being too forensic and detailed in your approach to the legal moments of the play?

No! There’s only one courtroom scene and we don’t attempt to set it realistically. I’ve used my personal experience to a limited extent, to help the actors, but the author has provided what’s really needed. The detailed work has been much more directed towards the ebb and flow of the characters’ emotional and sexual relationships.

The play is only five years old, but in that time we’ve seen a lot of change, especially with the #MeToo movement and (hopefully) a changing attitude towards how we deal with sexual assaults. Has this affected your approach to the play at all?

If the play were being written today I’m sure the author would think carefully about the implications of the binary approach to sexuality which it presents. But the central portrait of the law and its practitioners having a detached and sometimes callous attitude wouldn’t change. How can lawyers do their job without being detached? How can empathetic lawyers do their job objectively? These questions remain. And the audience may wish to think about fidelity, betrayal, disillusionment, revenge, and consolation.

In 2021, only 1.6% of reported rapes lead to a suspect being charged. Does Consent try to give any reasons for such statistics.

One word against another – in the absence of other evidence, prosecution is a lottery. The play demonstrates this clearly. Ways in which an alleged rape victim should be supported are highlighted in this play, but there’s no easy answer.

What made you step away from the bar into directing? Was the attention to detail required as a barrister good training for directing?

It was retirement from the circuit bench after 19 years (25 years at the bar previously) that gave me the time to direct. It’s stimulating, draws upon many different aspects of one’s abilities and highlights where they may be lacking! I love working in the the theatre with talented and dedicated people of all ages and backgrounds. You should ask the cast and stage team whether my background is a help, or a hindrance!

What brought you to Questors Theatre, and what is it about the venue that should make people come and check it out?

I’ve been an acting member of the Questors for over 40 years although for many years the demands of work prevented me from taking an active part in the life of the theatre. It’s a splendid place to have in a thriving, cosmopolitan community like Ealing. There’s much we can do to improve but we try to be a focus for young and old, wealthy and not, and for those of every race, colour, sexuality and for those with a disability. The Questors takes large numbers of young people under its wing for a wide range of classes. Anyone in West London who becomes involved, even just as an audience member, feels how important it is. Consent is the kind of play which can be raw, challenging and, to some, perhaps offensive in its language, but which doesn’t shrink from tackling real questions about human behaviour head on.

Our thanks to Paul for giving up his time to chat to us about the play.

Consent plays at Questors Theatre in Ealing between 19 and 26 February. Standard tickets are just £14, with concessions for members, under 16s and full time students. More information and bookings via the below link.