You can use WP menu builder to build menus
Home » Features and Interviews » Interview: Keeping our heads above water with Swell 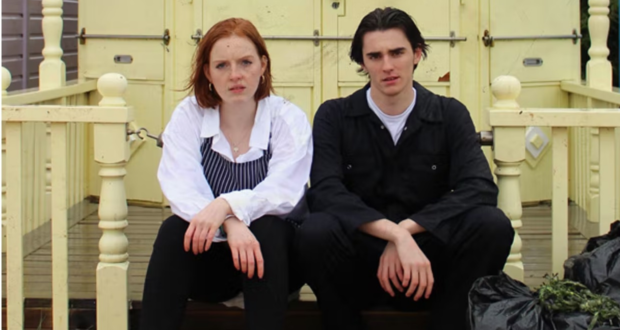 Interview: Keeping our heads above water with Swell

Author: Everything Theatre in Features and Interviews 3 February 2022 0 145 Views

It doesn’t feel that long ago we sat down with Tom Foreman to chat about his play Big Boys. So we were rather surpsied to realise that he was now heading to Lion and Unicorn next week with new show show Swell. Set in the fictional town of Swell, the play takes its inspiration from the real town of Fairbourne which, in 2014, was announced would be depopulated by 2054 due to being unsustainable to defend from the effects of global warning and rising tides.

So befor we all go under with the rising tides, it seemed a good time to catch up with Tom to find out how he has been since we last spoke.

What was it that first attracted you to write a show around Fairbourne?

I came across the story of Fairbourne during the first lockdown, and despite all the chaos of current affairs in that period, it still had this incredibly powerful reach on me. Like most people, combating climate change is a cause I’m deeply committed to, but living in the UK where we’re nowhere near the worst of the impacts, it’s all too easy sometimes to feel that it’s something abstract, in the future.

And then Fairbourne: a town in Wales that has ‘decommissioned’ due to inadequate defences against rising sea levels, with the whole population set to be removed and infrastructure deconstructed by 2054. I don’t think I ever find it less shocking, really. It’s climate change being felt right here, right now on our shores, and those residents are unfortunately the nation’s first climate refugees. What I think cut through to me the most however was the human stories. These people who have found out overnight that the place they called home was just being abandoned. Hearing stories of how that’s affected the community and individuals within it… That’s where Swell was born. Swell is not a play about climate change: it’s a play about community and grief, about how we come together and fall apart in times of crisis.

Did you visit the area for the play at all, or did you do what the rest of us do, and get onto Google Earth?

I wrote the play during the first lockdown, so unfortunately I never did. I’ve always meant to visit, but it’s one of those things that always evaded me being so far away. On the other hand however because it was that first lockdown, I had so much time on my hands, and I spent it learning every little detail I could about Fairbourne. My paternal family are also from Whitstable in Kent, so I also really got my teeth into researching there, and suddenly I was an encyclopedia for small British coastal towns! That was invaluable in constructing the town of Swell when developing the show. I actually have a complete and detailed map of the town, which hasn’t made it into the show yet, but we’re hoping to transfer to Edinburgh for the Fringe after, so maybe people will get to see it one day!

You focus on two siblings to tell your story, how much is Swell about family told against a backdrop of climate change?

It’s absolutely that. In my press releases I use the phrase “backdrop of environmental crisis” because that’s really where the climate change comes in. The decommissioning of the town is what triggers the plot, but the plot is certainly not focused on the climate change itself. It’s absolutely a play about family and community, about grief and perseverance. I think that siblinghood is one of the most complex relationships in our lives. We all have such different experiences of it, but the one common theme for all of us with siblings is that they are never ever simple. I wanted to explore that dynamic and push it to its limits.

Did you always want to write a climate change story, or were you inspired from hearing about Fairbourne.

The one thing I never try to do when writing is go looking for a story or issue to write about. I think that if you try to force it, you’ll end up in so many dead ends trying to make it work that the whole experience will just be unenjoyable, and if it’s unenjoyable writing you can bet your bottom dollar it’ll be unenjoyable viewing.

I also try to steer clear of ‘problem plays.’ That may sound weird given that my most recent two shows have focused on male mental health and climate change, but what I mean by that is a story should never come out of a problem: a problem should always come out of a story. So, in this case, the story of Swell is triggered by climate change, but it doesn’t come out of climate change – it comes out of two siblings finding themselves in a community being torn apart. I couldn’t stop thinking about Fairbourne after I came across it in the news, and it really was the draw of the story, rather than the fact it was related to climate change, that spurred me to write about it.

You are playing at Lion and Unicorn; last year they had Lately, about youngsters growing up in a dead seaside resort. Did you see this and do you think that there is a lot of ground to be explored in this theme of “dying” seaside towns?

I know! I actually was lucky enough to see this, what an excellent production. I didn’t know a lot about it going in and I remember when it started thinking “Oh! Coastal community!” Yeah, I’m not sure to be honest! It’s certainly a strange coincidence. I do think that as an island nation, we all have some innate connection to the coast, whether consciously or not. And particularly in the wake of things like Brexit and climate change, those communities on the coast do seem to be struggling the most, when really they should be some of our most valuable towns and cities.

I mentioned that my paternal side were from Whitstable – we looked into it and found that for hundreds of years, the Foreman’s had been oyster fisherman, passing down the trade from father to son, right up until my grandfather, who broke the chain because he got seasick. It’s a story that makes me chuckle, but I also can’t tell it without considering how different my life would have been growing up there and not around London. It’s a connection with seaside towns that has developed in the making of Swell, and I do think others find their connections in similar ways.

Your last show, Big Boys, was well received, what did you learn from making that show that you have brought to Swell?

‘Big Boys’ was such an amazing piece to be at the helm of. It was delayed for years due to Covid, and when it finally premiered after countless redrafts and rip-ups, it was such an incredible release. I think what it really taught me was my style of writing and how I translate it to the stage. I have come out of the spotlight and focused more on the directing alongside my very talented co-director Connor Rowlett for this one, and that’s helped me really refine the type of show I want to present and how I want it to be delivered. It’s also encouraged me to draw out certain aspects even more. I love Fringe theatre because it allows for such an intimacy with the audience, and we’ve pushed that even further in Swell (although not quite to audience interaction yet!) Looking ahead to the Fringe etc, there’s more lessons still that I’ve learnt from this production that I want to take and push Swell with even further, and I can’t wait to do that. But first, I’m absolutely ecstatic to be back at the Lion & Unicorn, and working with the wonderful team there.

Swell and Big Boys seem miles apart in their themes, was it deliberate to do something so far removed from your last one?

As I mentioned, I never go looking for a script to write, so it definitely wasn’t a conscious choice. In fact, there are a lot of themes in Swell that resonate strongly with themes from Big Boys, although I don’t want to give too much away! They’re certainly two entirely different beasts however, and I’ve been conscious of treating them accordingly.

And after Swell, what have you got lined up next then?

Well the next step is hopefully taking Swell to the Edinburgh Fringe, where I’m hoping 2022 will be a triumphant return to near-normality. I did visit in 2021 and it was great to be back watching the shows that were on, but it was certainly at a hugely reduced scale. Other than Swell, I don’t actually have anything written at the moment, but I’ve always got projects on the go. I’m trying to write a musical currently with an old friend of mine who is a very talented composer, and longer term I really want to sink my teeth into TV writing. For now though, I’m firmly fixed on seeing how far we can take Swell, and share the desperately important story of Fairbourne to as many people as will listen.

As always, our thanks to Tom for taking time out from getting the show ready for opening soon. You can catch Swell at Lion and Unicorn Theatre from 8 – 12 February. Further information and bookings via the below link.