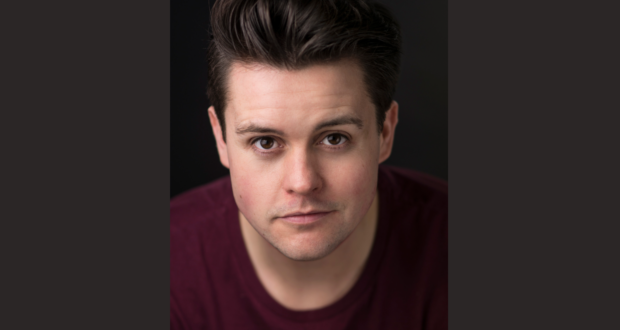 Paul Bradshaw is a writer and actor, whose show Tell Me Straight is back for a second run after initially opening at King’s Head Theatre.

Recorded just before Christmas (hence some confusion over whether the show is on this year or next!) Paul chats about the play and its reception when it initially played as part of King’s Head Theatre’s Queer Season. We also hear about why using a voice over rather than a third actor wasn’t simply a sneaky way to save paying an actor again, as well as pondering on whether West London theatre audiences are a different breed to those we see in North London.

Dani is done with Him and all his bullsh*t! He needs to ‘fix up and get him some rainbow flag waving D’. She’s heard it all – Soldiers. Chefs. Osama (not that one). He’s been through the lot of them and they’ve got one thing in common: they’re all straight.

Him has a plan:

‘It’s like I’m a beacon. Some gay lighthouse on the curious shoreline and these straights squint from the distant sea and drift towards me.’

Bradshaw’s tell me straight is an explosive one-act play which follows Him trying to break this cycle. Will Him finally listen to Dani, or constantly get sucked in by the straightest of dicksand?

Podcast: Dictating To The Estate