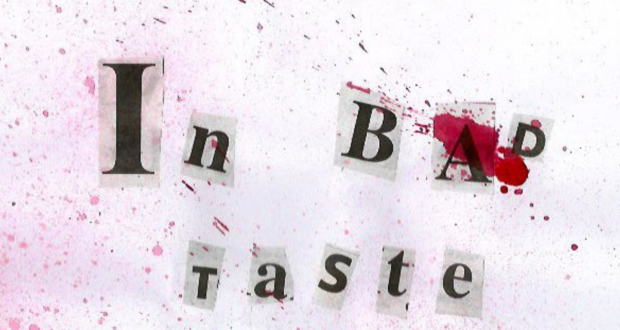 Author: Everything Theatre in Features and Interviews, Preview 8 November 2021 0 179 Views

In Bad Taste is a moral play for people whose morals are consistently tested. Performed by women who are infuriated by the current state of affairs worldwide, the play is a reflection of the general mood of a generation. The story follows a group of five best friends as their moral compasses are pushed to breaking point (and then to cannibalism) by the top 1%, homophobes, misogynists and people with skewed opinions on what it means to be a woman.

Violet HATES her boss. And capitalism. Mostly capitalism though (at least that is what she tells her friends when roping them into creating her new utopia.) Fuelled by an onslaught of sexism, homophobia and unrealistic expectations of what it means to be a woman, the group set about chewing the fat of people who have done them wrong. It’s time to spark a cannibalismmeets-feminism revolution.

The story is told through many different and unexpected mediums including narration, poetry, movement and rap. Improvisation also plays a key part and each performance is different from the last.

You can read our review for the show when originally performed at The Space here.

Sixteen Sixty Theatre are a force of six women who exist to create, empower and take up space.
The company take their name from the year that British women were finally allowed to tread the
boards as paid actresses! The work they create is driven not only by this, but also their real life
experiences as predominantly queer, working class women and what they see in the media. From
equality to morality and fake news to reality, the work they create is a reflection of society and In
Bad Taste is no exception.

Previews are generally provided for shows taking out paid advertising with ET.