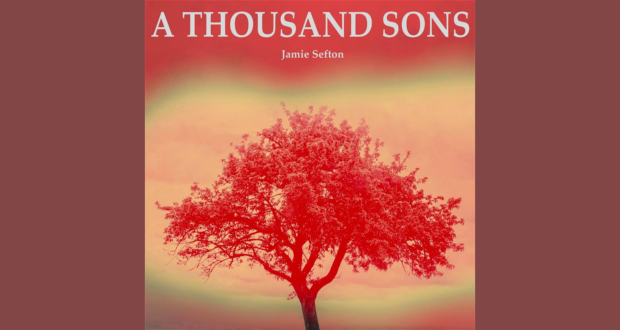 Camden Fringe 2021 The rewriting of British history to a more warts-and-all approach is a subject of much debate right now. Some argue the liberal left are way too keen to repaint Britain in a more negative light, showing no respect to our glorious history. Others politely suggest we should be more honest about what really happened, take off those rose-tinted glasses to admit that maybe, at times, what we did wasn’t quite right or fair to others. It’s not rewriting history we will argue, it’s correcting history. Whilst most of this debate has been around colonialism and slavery,&hellip;

A stunning play exploring the long-term effects on those service men who witnessed nuclear tests in the 1950s. This powerful and passionate show will make you want to research the subject the moment you leave the theatre.

The rewriting of British history to a more warts-and-all approach is a subject of much debate right now. Some argue the liberal left are way too keen to repaint Britain in a more negative light, showing no respect to our glorious history. Others politely suggest we should be more honest about what really happened, take off those rose-tinted glasses to admit that maybe, at times, what we did wasn’t quite right or fair to others. It’s not rewriting history we will argue, it’s correcting history.

Whilst most of this debate has been around colonialism and slavery, Jamie Sefton’s A Thousand Sons makes it abundantly clear that there is plenty of history nearer to home that we should also be talking about. We should additionally look at how we treated what no one could disagree are ‘our own’.

A Thousand Sons begins in 1958. Bertie is just another British serviceman deployed to faraway lands. Their lives are not extraordinary, having been spared the horrors of war experienced just a decade previously. They are, however, witness to the early nuclear test detonations that were carried out by the UK. It’s obvious how little Bertie or his comrades know about what is happening: why would they? They didn’t sign up for nuclear tests, they signed up to protect Queen and country.

We follow Bertie from this moment onwards through his life to the present day. We experience his joys and his despair. We find out about his medical conditions, and we hear about strange knocks on his door advising him that he should not take up that Greenpeace job. And through it all is the haunting image of what he witnessed all those years before; the shadow it casts on his life and that of those he loves.

There is so much to love about A Thousand Sons. The story is, quite simply, fascinating. To realise this is all based on fact, that Sefton has researched and spoken to veterans in putting this together, is both enthralling and disheartening in equal measures. It’s this thoroughness in Sefton’s research that is the next reason to love it. His passion and belief in the material is evident throughout. Finally, and possibly most importantly, the story is told in such a powerful and absorbing way that it brings Bertie to life in front of us. We see playful young Bertie, who experiences something that he will never forget, however much he may want to. The moment of the detonation is handled majestically, the tension building with clever sound effects, whilst Sefton’s panicked tones as he describes the moment are haunting. You can only assume this is how it was described to him during his research and can easily understand how it would never be forgotten.

Perhaps the most effective praise is that it’s left me wanting to find out so much more. Like many, I recall seeing images in books from these nuclear tests, but I never thought about what happened to those who were witness to such things. Nor that those effects would reach through the years: the play brings us to the modern day and discusses recent cases taken through the courts. If, like me, you want theatre that will make you question the world – question what we know, then A Thousand Sons is a show you really will love.

Perhaps one day our history books will admit that what we did was not that great and will address how it changed the lives of those involved. When we argue about being more honest about our past, this seems as good a place to start as any.

Written and directed by: Jamie Sefton
Produced by: Kelsey Cooke

A Thousand Sons plays at Etcetera Theatre as part of Camden Fringe until 27 August. Further information and booking via below link.

You can listen back to our interview with Jamie Sefton about this show here. 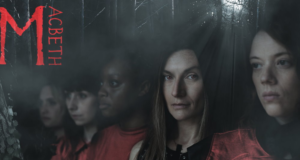 Review: One Man Poe, The Space