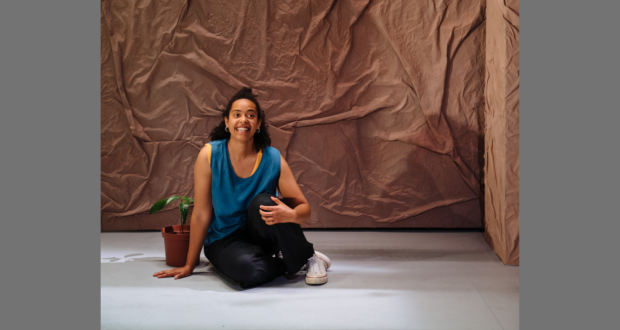 Soho Theatre doesn’t need much introduction to theatre and comedy lovers; it never fails to give a platform to the funniest and most talented voices around. Shedding a Skin, written and performed by Amanda Wilkin, was the 2020 winner of The Verity Bargate Award, which has celebrated new writing since 1982. It was said to captivate the judges, and I’m in no doubt as to why after seeing the show here for myself. It’s no surprise that Phoebe Waller-Bridge was on the judging panel for this award, yet some may question the originality of another tale about a woman&hellip;

Amanda Wilkin confidently dominates the stage and has the audience in the palm of her hand throughout her spectacular play.

Soho Theatre doesn’t need much introduction to theatre and comedy lovers; it never fails to give a platform to the funniest and most talented voices around. Shedding a Skin, written and performed by Amanda Wilkin, was the 2020 winner of The Verity Bargate Award, which has celebrated new writing since 1982. It was said to captivate the judges, and I’m in no doubt as to why after seeing the show here for myself.

It’s no surprise that Phoebe Waller-Bridge was on the judging panel for this award, yet some may question the originality of another tale about a woman struggling to find her way in the world, when we’ve been treated to Fleabag, Rose Matefeo’s Starstruck and so many more in recent years. But Wilkin’s voice is distinct enough to stand proud in this canon of incredible females, and I couldn’t be happier to see so many strong women sharing a platform.

Shedding a Skin captures a moment of desperation in the life of Myah. She’s walked out of her job after an applaudable meltdown at a “diversity photoshoot” in which the small number of black employees were forced to pose for photos together, and broken up with her unsympathetic boyfriend, who lives on a boat. She reports that she has moved in with the initially frosty Jamaican, Mildred, who lives on the fifteenth floor and has laminated house rules. Mildred turns out to be a kind of fairy godmother for her.

Wilkin plays every role, from Myah’s corporate bosses to the loveable Mildred, it’s like sitting in the pub listening to a friend telling tales of her day. Myah’s anecdotes will ring true with anyone who has questioned their life, their choices, and their identity.  She doesn’t believe she fits in, and the way in which she describes how she feels in a very corporate and white world is striking. She is also challenged by Mildred about whether she is part of the black community. It’s a play about trying to find where you belong, and the themes of identity are thought-provoking. Yet it also has moments of pure hilarity. A highlight was the first day of a new job, very much seen as Myah’s fresh start, until she goes into the revolving door with her new boss, when there’s only really room for one person. This physical comedy creates a moment of light relief in a play loaded with challenging questions about our society.

The staging is ingenious. A quite literal realisation of the play’s title comes as Myah sheds the skin of the set. What starts as a thin sliver of light between two large screens is stripped back by her piece by piece throughout the show, until a mirrored wall is eventually revealed at the back of the stage.

The play is also interspersed with short audio-visual moments, which at first seem out of place. A pre-recorded voice tells us of things happening hundreds of miles away, and I questioned what this had to do with the drama playing out on stage. But as the show develops these make more sense; short snapshots to highlight inequality around the world, yet also the kindness of strangers. The conclusion is incredibly moving.

Wilkin is a captivating performer, and her play is an absolute pleasure to watch. It raises issues and prompts conversation, yet it is also hugely enjoyable. The theatre was filled with barks of laughter as individuals saw their own experiences reflected. I don’t need to tell you that she’s one to watch – Soho Theatre has done that for me, but I’ll proudly say that I was there when her award-winning play premiered.

Shedding A Skin is playing until 17 July. There will be a livestreamed performance on 15 July. Further details and bookings via the below link.

Previous: Interview: Tom Foreman on Big Boys and why they really should cry
Next: Review: The Distance You Have Come, Apollo Theatre