Home » Features and Interviews » Interview: Aaron-Lee Eyles on “I Didn’t Want This, I Just Wanted You” 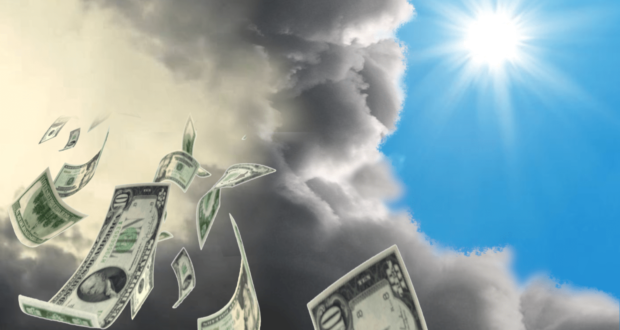 Interview: Aaron-Lee Eyles on “I Didn’t Want This, I Just Wanted You”

Author: Everything Theatre in Features and Interviews 12 June 2021 0 298 Views

We’re always looking to highlight those interesting little plays that can so easily be overlooked, yet are the lifeblood of fringe theatre. So when Aaron-Lee Eyles contacted us about his upcoming play, based on the real life story of a man who won $31 million on the lottery, we thought it would be great to chat with him to find out just why he decided this was a story to turn into a musical.

Hi Aaron, so first things first, give us a quick synopsis?

The play is about a Home Depot worker and family man Billie-Bob Harrell Jr, who won big on the lottery. The months that followed surely changed his life, but not in the way you might think! What was meant to be a life-changing miracle turned into a tragedy of misery and deceit. The play has been devised by the cast alongside Director/ Composer Rob Hardie and myself as Writer/ Director. A wild, surprising, musical tale that recounts the compelling true story of Billie Bob Harrell and his (mis)fortune.

Many recent shows we’ve seen have been set firmly in the here and now, but it looks like this play is something much more set in make-believe. Or have you really won $31 million?

The play is set in Texas 1997, but our world is a little wild and abstract -but it is a true story, Billie-Bob Harrell Jr. really did win $31 million!

What was the start point for you then?

For some time I’ve been keen on making a play based on a lottery winner and the consequences that come with such sudden financial gain. After researching further I discovered Billie-Bob’s story and was amazed by how it was already so fantastical and tragic, I knew that this was the one.

You said the play is “devised by the cast alongside director and writer” – as the writer, is it an easy thing to watch others change your story?

I’m incredibly excited to work alongside our cast and co-director Rob Hardie on this project. My own ideas going into rehearsals are only going to be refined and improved by collaborating with the group. I’m credited as ‘Writer’ as I will be contributing a large amount to the text and will be responsible for writing up our script as we go but its very much written by all of us!

We haven’t even touched upon the fact it’s also a musical, was that always the plan when you started writing?

Yes! We always planned for this production to have a musical element. Rob and I worked together last year when he wrote original music for my play ‘Freaking Free Mark DeFriest’ – this time we aim for the music to be more lyrical and used to show characters change of emotions and relationships. We also have a fantastic cast with great musical talents, so I can’t wait to see what comes from that.

So what style of music are we going to hear?

We’re going to have a mix of styles- there will certainly be some ‘musical chaos’. Rob Hardie, our musical director, says that you will for sure be hearing a blend of country and folk music with a bit of southern rock.

The show is only playing for a few dates in July, does this mean it’s still a work-in-progress?

This is a brand new play and these performances will be the first! But it will be a complete and finished item- we have a couple of dates next month and we are just so very excited to be working again.

What are your hopes for the show once it’s completed this initial run?

We do hope to bring the show back, if the demand is there of course! We’ll take on any feedback given and are already thinking about a potential return in the winter. A lot of work and commitment is going into this run so we don’t want that to be the end of it for sure!

Our thanks to Aaron for his time. I Didn’t Want This, I Just Wanted You is currently scheduled to play:

Bread and Roses Theatre on 4 July at 2pm and 12 July at 7pm & 9pm. Tickets available here