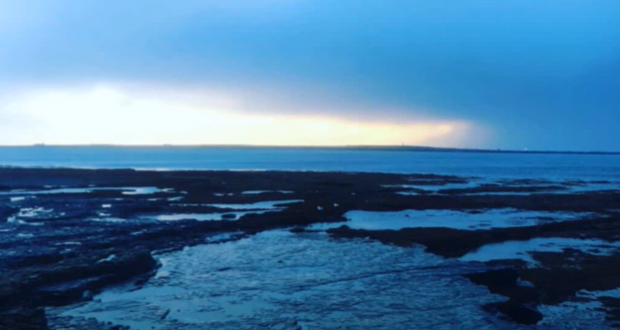 With 17 shows available at The Living Record Festival, no one can accuse Covert Firmament of not being productive! But does having so many shows mean that they’ve spread themselves too thinly? Or that given you have to purchase tickets for each individually, they risk splitting up the potential audience? (Note that since this review was published, we have been informed a bundle package is available for £15 for six days access to all shows.) One way to find out is to dive in and check out a selection of the audio only plays available in one evening’s session.&hellip;

Three audio plays that give a feel of what Covert Firmament has to offer. There is no faulting the penmanship, but with seventeen shows, where to even start?

With 17 shows available at The Living Record Festival, no one can accuse Covert Firmament of not being productive! But does having so many shows mean that they’ve spread themselves too thinly? Or that given you have to purchase tickets for each individually, they risk splitting up the potential audience? (Note that since this review was published, we have been informed a bundle package is available for £15 for six days access to all shows.) One way to find out is to dive in and check out a selection of the audio only plays available in one evening’s session.

First up, If You Cry We Will Kill You is an interesting play on the less than cheerful topic of child soldiers. Narrator John Kamau sounds thoughtful and at peace with himself as he tells of being taken from his village and having a gun thrust in his hands. Only occasionally does he allow his anger to shine through, as he talks of the atrocities witnessed. The play is coldly understated given its subject matter; almost matter of fact as it addresses this deeply unsettling issue. It never seeks to shock with gory description, instead focusing on the tragic loss of innocence. The words are accompanied with equally understated guitar from Gideon K, music and words perfectly in sync. It’s certainly a thought-provoking short listen.

Next up, Read to Me is a very different affair altogether. Whereas If You Cry is more a train of thoughts, Read To Me returns us to more traditional storytelling. It’s the tale of a con artist who falls for a woman, but her ex is still on the scene. Our narrator hopes to get him out of the way by having him arrested. When the con goes wrong, he takes more drastic action to dispose of him, explaining how he has now found himself serving time at her majesty’s pleasure.

Al Barclay’s narration is crystal clear, with almost clipped tones. But for all that clarity, it just doesn’t seem to have any emotional attachment: it feels like what you would get if Charles Dance read a script without getting in to character. Franc Cinelli’s musical accompaniment ebbs and flows along with Barclay’s narration, but at times it is maybe too much, almost overpowering. I’m wondering if it would actually work better without music, forcing us to really focus on the spoken words alone. This may be the most story-based of the audio shows sampled, but it is the one I could easily have skipped.

Finally, I dive into Depths, another play that certainly keeps the mood calm. Even the onscreen image of a shoreline is relaxing. Throw in Anna Helena’s music – beautiful strings over soft percussion, and this could soothe you to sleep. James Sobol Kelly narrates a tale that revolves, unsurprisingly, around a river. The moving water is consistent through the ebbs and flows of his existence. Metaphors are plentiful, as he talks of going deep down in life, as you would by diving into the river. The introduction of a mysterious woman brings some deeper intrigue, and the suggestion that the river holds more than just water is an idea that doesn’t quite become fully formed in the play’s limited running time.

As with If You Cry We Will Kill You, Depths contains just a loose threads of a story, treating us instead to some charming wordplay and offering a glimpse of what could be the opening set up of a longer play.

So, after three plays in just thirty minutes, what have I learned? Honestly, two of the three are lovely little pieces. They demonstrate that writer Dan Horrigan can create characters and scenes that might be worth exploring in greater detail. But is that enough to justify the cost of three separate tickets? It feels like Covert Firmament and The Living Record Festival have missed a trick: surely it would have made more sense to offer the option of one ticket for all 17 shows, allowing the audience to dip in and out, much as I was allowed to do? I’d wager that the revenue return would have been the same as it probably is for 17 separate shows and would offer the audience a better, more immersive and exploratory experience of this variety of interesting works.

NOTE: Since publishing this review, it has been drawn to our attention that there is a bundle package available. Access to all shows for six days for £15. You can find details here

All plays written by: Dan Horrigan
Produced by: Covert Firmament

All 17 plays from Covert Firmament are playing until 22 February as part of The Living Record Festival. Full details can be found at the below link.