Home » Features and Interviews » Interview: Rosie Day on ‘Instructions For A Teenage Armageddon’ 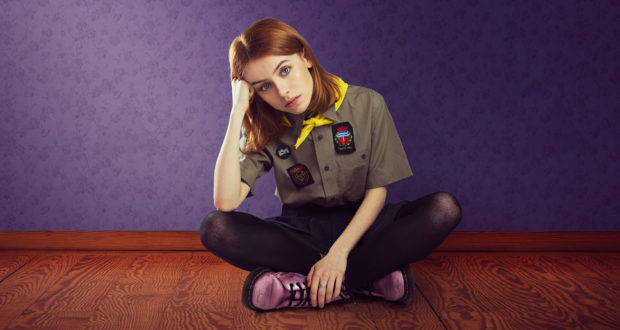 Author: Everything Theatre in Features and Interviews 1 February 2020 0 534 Views

Dubbed a ‘Screen International Star of Tomorrow’ by Screen Daily, Rosie Day has starred on the big screen alongside such names as Sarah Jessica Parker and Uma Thurman, and with Phillip Glenister and Lesley Sharp in the Sky One comedy/drama Living The Dream. Her next role, however, sees her return to the stage in Instructions For A Teenage Armageddon, playing from 17 to 29 February at The Old Red Lion Theatre.

Everything Theatre caught up with Rosie to chat about the play, the associated podcast and not going on holiday for seven years!

What can we expect from your show, and who do you hope to attract to the audience? 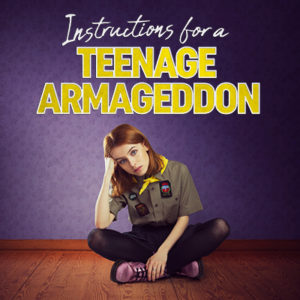 It’s a coming of age story but with some slightly dark humour, tackling the experience of a young girl who’s lived through quite a lot for 16, due to her sister’s death. It touches on mental health, sisterhood, rebellion and a whole lot of scouts! I hope the show encourages teenagers and young people to come, especially young women, as I’ve found in the past that not many shows revolve around a young girl and her story. I wanted to put the microphone back in the hands of a teenage girl.

Did you conceive the show whilst a teenager, or are you drawing on experiences from your teenage years?

I came up with the show as a dare! I was working with an amazing director called Hannah Price, and she sort of challenged me to write a one woman play. I play a lot of teenagers and young women, and I’ve often found myself frustrated by how they’re written, so wanted a chance to depict, hopefully realistically, their experience. I’m also an ambassador of a teenage mental health charity STEM4, so have had lots of experiences tackling mental health with young people.

There is going to be a podcast around the show as well, what can we expect from that?

Yes! Teenage Armageddon, the podcast is currently being recorded! It’s a podcast to inspire and empower young women. Each episode is divided in two, the first half with an adult who is successful in their career talking about their experience growing up, dispensing advice, funny stories etc, and the second with a hugely inspirational teenager who’s achieving incredible things at a young age. We just recorded Syrian refugee and speaker for the UN Maya Ghazal, who speaks on behalf of the rights of young migrants and refugees, and she honestly left me gobsmacked at how inspiring she is.

You’re already described as an actress, writer and director, how on earth have you crammed so much into your life already?

I haven’t been on holiday in seven years! Honestly though, I grew up acting, and will always love it and want to do it, but I have a total love of creating, being the creator of the work, telling stories (for young women usually!) so it seemed like a natural progression into directing and writing.

You’ve performed with some very big names, do you feel this was more beneficial than formal acting training?

Yes, absolutely; I think you learn something from every job you do. I grew up watching the actors I was surrounded by and essentially copied them. One of the reasons I love doing theatre is that I learn so much; things others may have got from drama school.

You clearly have a big future ahead, do you envisage that it will be on the stage, in front of a camera, or even behind it? And do you prefer one over the other at the moment?

I’ve just finished directing my second short, and have a feature in pre- production, all written by myself, so I definitely see me writing a lot more, but acting will always be my first passion, and theatre trumps everything else for me.

Given you’ve acted with such big names and in such big productions, how does it feel to be heading to somewhere so much smaller and intimate, in the Old Red Lion?

Terrifying. You can literally see people’s reactions as you go!

Finally, what does the future hold for both you and Instructions For A Teenage Armageddon?

Who knows? It’s not an industry you can predict! You just have to hope the work you make resonates with people on some level.

Instructions For A Teenage Armageddon will be playing at Old Red Lion between 17 and 29 February. Tickets are available here