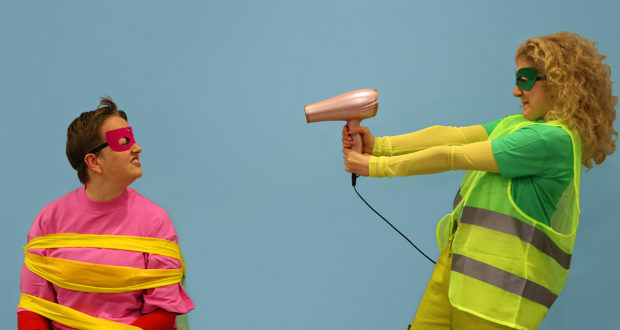 There are plenty of horror stories nowadays detailing how big business mistreats its customers. And there is a sub-section for airlines mishandling passenger luggage. Whereas years ago the individual complainant would struggle to get heard, with the advent of social media even a single voice has the power to reach across the globe creating, to put it bluntly, a Twitter shit-storm. Scrounger is one such horror story, following Athena Stevens' battle with British Airways after her wheelchair is damaged whilst being loaded into the baggage hold of the plane. It’s clear that she is treated badly, that those responsible&hellip;

Scrounger is a great demonstration of Stevens' writing ability, championing a topic on which we clearly have a long way to go. It is just a shame it loses power in its delivery.

There are plenty of horror stories nowadays detailing how big business mistreats its customers. And there is a sub-section for airlines mishandling passenger luggage. Whereas years ago the individual complainant would struggle to get heard, with the advent of social media even a single voice has the power to reach across the globe creating, to put it bluntly, a Twitter shit-storm.

Scrounger is one such horror story, following Athena Stevens’ battle with British Airways after her wheelchair is damaged whilst being loaded into the baggage hold of the plane. It’s clear that she is treated badly, that those responsible fail to do the right thing, instead blaming others or just denying a legal liability. Alongside this story thread, though, is an examination of how people relate to those with disabilities; from those who are just outright rude and ignorant, to those who mean well, but perhaps are more interested in supporting a good cause to make themselves feel better. No one is safe at times from Stevens’ gaze.

The story is told by Stevens herself, giving her first-hand account of events as she sits alone centrestage. She is capably assisted by Leigh Quinn, billed as her PA, but in reality covering a whole host of characters, from the BA crew at the airport and the rather questionable Uber driver, all the way through to Stevens’ friends and boyfriend. Quinn’s performance is energetic, racing around the stage, offering the depth and variety needed to offset Stevens’ static performance from her chair. Here though is the problem, and one that can’t be avoided; however uncomfortable it might be.

As interesting as the story is, as ranged and energetic as Quinn’s performance is, Athena Stevens has Athetoid cerebral palsy; it’s the reason she needs her wheelchair and it’s the reason she is left almost housebound for over two months without it. It also means she performs from a chair in the middle of the stage, and is why her speech is not as crisp and clear as Quinn’s. Whilst we strive for diversity in theatre, acknowledging that those from different backgrounds and different abilities are equally important on the London stage, when the central core of your show is based fully around one actor, the writing containing some great comic moments, delivery becomes important. There is no doubting Stevens’ abilities as a writer and as an actor, but with her as a lead in such a story-driven narrative it becomes difficult to get drawn in the way the show requires. At times it is just hard to feel engaged when your focus is on hearing the lines, so their meaning can be lost on you. For an important debate where cross-communication is key, perhaps the use of captioning as an access measure might be a useful addition, ensuring there are no barriers to understanding at all levels?

What also undercuts the production is a lack of a suitable conclusion. Stevens tries to address this with a closing speech about taking a stand, whatever the costs. But it’s only when you read her introduction in the playtext that you realise the reason for the open ending is she has signed a non-disclosure agreement, so we don’t even learn quite how the story finished.

There is no doubt that Stevens has an important voice in the disability debate. When she turns her attention in the story to watching a young girl in an NHS issued wheelchair, you realise just how much there is to learn. In these moments of the story we are engaged, we do care.

Scrounger is a great piece of writing, but in its current format the story is lost along the way, and that is a real shame when we need such voices so we can better improve our understanding.