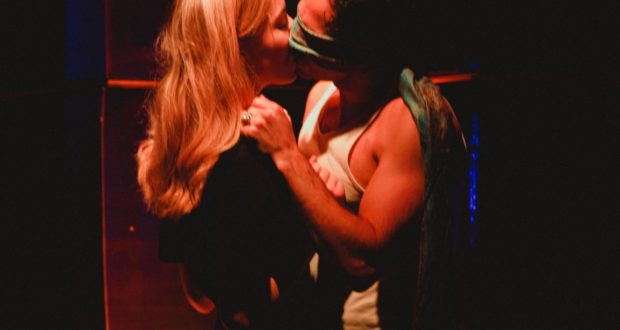 All's Well That Ends Well is perhaps not one of The Bard’s most well-known plays, so I'll begin with a brief synopsis.&nbsp; Orphan Helena (Hannah Morrish), whose father was a renowned physician, is the ward of a friendly Countess.&nbsp; Helena is in love with the Countess’ only son, Bertram (Gavin Fowler) - a bit of a lad, encouraged in his shenanigans by Parolles (Robert Mountford), the ‘Fool’ of the piece.&nbsp; When Bertram goes off on his wanderings accompanied by Parolles, Helena follows him.&nbsp; Their first stop is the court of the dying Queen, in this instance played wonderfully by&hellip;

An enjoyable and humorous scaled down version, with engaging performances and an excellent soundtrack.

All’s Well That Ends Well is perhaps not one of The Bard’s most well-known plays, so I’ll begin with a brief synopsis.  Orphan Helena (Hannah Morrish), whose father was a renowned physician, is the ward of a friendly Countess.  Helena is in love with the Countess’ only son, Bertram (Gavin Fowler) – a bit of a lad, encouraged in his shenanigans by Parolles (Robert Mountford), the ‘Fool’ of the piece.  When Bertram goes off on his wanderings accompanied by Parolles, Helena follows him.  Their first stop is the court of the dying Queen, in this instance played wonderfully by Miranda Foster.  Helena has a super, special, secret, cure-all potion which was left to her by her father, so she heals the Queen and chooses the hand of Bertram as her reward.  He is horrified at the thought of having such a low-born wife (I suspect the lack of dowry has something to do with it too) so goes off to war.  Followed yet again by Helena, and after a bit of role swapping and deception, both Bertram and Parolles get their come-uppance and Bertram realises he is in fact getting a good deal with her.

The small Jermyn Street Theatre is conducive to an enjoyable, cosy atmosphere, but leaves the performers with little room, so I was surprised to see so much ‘stuff’ on the stage including a bed/seat, stacked boxes and two pianos, which the cast members take turns in playing.  Stefan Bednarczyk, who also appears as Lafew, provides a musical arrangement which is an integral part of the production, Fleetwood Mac’s Rumours album featuring heavily as part of the excellent accompaniment; exactly the right songs for the action.  A shout out must also go to the sound designer Matt Eaton, whose work is very effective.

This is a pared down version of the play with a cast of six, all of whom deliver strong performances.  Miranda Foster and Ceri-Lyn Cissone play various parts by way of multiple accents and a few quick changes of costume and colours on set.  The humour is captured beautifully, with some especially nice touches from Foster and Bednarczyk, and of course from Mountford’s performance as Parolles.  The audience warmed to him from the start, despite the character being an utter rogue.  During the interaction between Parolles and Helena in the first half there was a lively connection between them, both parties – and the audience – enjoying the dialogue.  The rest of the time Morrish managed to portray Helena as both determined and nervous, constantly fiddling with her hair.  Fowler’s Bertram had just the right amount of juvenile egotistical behaviour, making you want to tell him to ‘just grow up’, which he eventually did.

Although All’s Well That Ends Well is considered one of the ‘problem’ plays, Tom Littler has conceived a highly enjoyable, accessible production.  Recommended.

Previous: Reputation, The Other Palace – Review
Next: Spiderfly, Theatre503 – Review