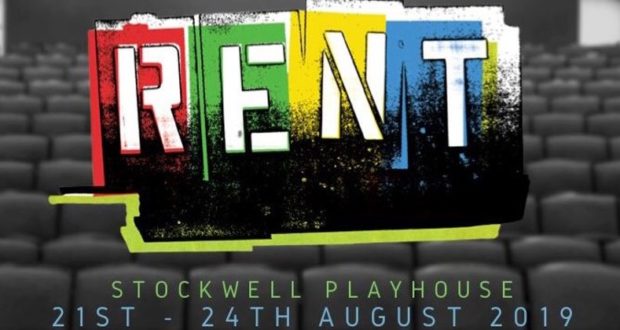 Rent is, without doubt, a cult classic, a tale of struggles and friendship during the 80’s AIDS crisis in America. Its gritty and honest approach, paired with an incredibly complex score, makes it quite the task for any company to tackle. And yet RicNic’s group of 16-21 year olds attack it with full force, successfully bringing life to its twisting narrative. Set in Alphabet City, the dirty postered walls and stark industrial structures of Sophie Bull and Tabitha Streater’s design conjure images of demolished buildings and neglected communities, painting the perfect background for this raw story. We’re immediately immersed&hellip;

A punchy and fun production of a classic musical, delivered commendably by a hardworking team of 16-21 year olds

Rent is, without doubt, a cult classic, a tale of struggles and friendship during the 80’s AIDS crisis in America. Its gritty and honest approach, paired with an incredibly complex score, makes it quite the task for any company to tackle. And yet RicNic’s group of 16-21 year olds attack it with full force, successfully bringing life to its twisting narrative.

Rent relies on an investment in flawed and suffering characters, making it a very tricky undertaking for any actor. So whilst everyone gives it their all, it’s inevitable that some characters will be lacking the required presence, making it a little difficult to engage in certain storylines. But let’s focus on the positives. There are standout scenes, none more so than from the pairings of Mark (Jimmy Chambers) and Roger (Sami Green), along with Joanne (Millie Blair) and Maureen (Leah Louvaine). Chambers and Green are enigmatic on stage, offering an endearing and innovative portrayal as Mark is brashly combatted by a fierce and bitter Roger, the pair making for a believable telling of friendship through hardship. It is without doubt though the much-loved number of ‘Take Me or Leave Me’ that is delivered vocally and physically incredible, performers Blair and Louvaine invoking boundless energy.

Primarily an ensemble tale, the strong relationship between the cast translates on stage well. In places such as La Vie Boheme and an emotional I’ll Cover You Reprise, direction and choreography show the impenetrable union of the character are genius from Harry Pudwell (Director) and Lauren Duffy (choreographer). However, I wish the production would demand more of itself as some scenes felt flat, with the only movement seeming to be unactioned pacing.

The strong and unwavering backbone of the production comes from an incredibly talented band led by Musical Director Ben Garnett. The music of Rent is undoubtedly iconic, and this young group of musicians flawlessly carried an intense and relentless score, providing the driving force for the production as a whole.

RicNic’s production of Rent gives a glimpse into what has the makings of a fantastic show. Though in places it is let down by some confused and unpolished scenes with uninspired character choices, that should not detract from the fact that this team of young creatives successfully stage a gigantic show. It is muct to their own merit and a feat that is incredibly commendable. I do hope companies such as this continue to thrive and allow young people to refine their craft and demonstrate their talent, much as is done in this production of Rent.