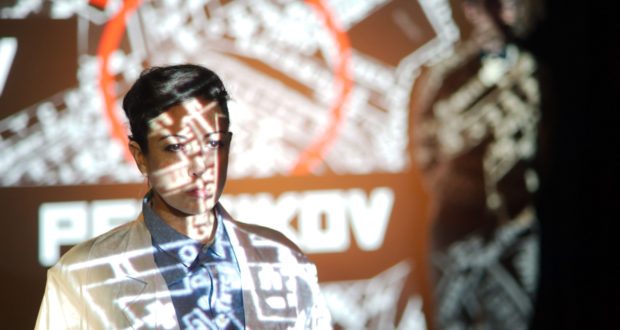 I really wanted to enjoy So It Goes Theatre’s The Fatal Eggs. I really really did. Having thoroughly enjoyed their reworking of Dante’s Divine Comedy at the same venue previously, I was hopeful that returning again would give witness to another piece of creative theatre.&nbsp;And yes, much like Divine Comedy, they make use of the compact space available, incorporating some lovely visual trickery and some rather subversive direction in an attempt to bring the story to life.&nbsp;But it just doesn’t work. I mean, it really, really doesn’t work. Because when all is said and done, even with all the&hellip;

A show that is really much less than the sum of all its creative parts, a poor showcase for such obvious talent

I really wanted to enjoy So It Goes Theatre’s The Fatal Eggs. I really really did. Having thoroughly enjoyed their reworking of Dante’s Divine Comedy at the same venue previously, I was hopeful that returning again would give witness to another piece of creative theatre. And yes, much like Divine Comedy, they make use of the compact space available, incorporating some lovely visual trickery and some rather subversive direction in an attempt to bring the story to life. But it just doesn’t work. I mean, it really, really doesn’t work. Because when all is said and done, even with all the gimmicks and trickery in the world, you still need a story to build them around, and that seemed to be completely lacking. At an hour’s running time, it truly felt like there was about ten minutes of play and fifty minutes of nothingness.

The Fatal Eggs is based on a short story of the same name by Russian writer Mikhail Bulgakov (Alex Chard). In the original story, a scientist, Persikov (Lucie Regan), makes a discovery that is of great interest to the government, as they see it as a way to resolve the country’s dire food shortage. But rather than simply set the play fully on this story, instead they blend the story in with a parallel thread of Bulgakov himself, as he struggles to write under the watchful eye of the Communist state. This parallel thread allows for some clever moments when both stories merge, Bulgakov and Persikov uttering the same words in tandem, as real life and fiction overlap. But these clever moments are few and far between and are not enough to carry this play.

So, what’s wrong with it all? Maybe the biggest problem is that I doubt Bulgakov is that well known, so to base a story on his work, and then incorporate the writer into the story at the same time, is a big risk. Sometimes knowledge of a work helps a lot, so going into the show without any prior knowledge perhaps means that much is missed. Maybe that’s my fault for not doing my research in advance, although I’d suggest if you only want an audience who know Bulgakov’s work prior to turning up to the show, you are going to struggle to fill even the small space that is Baron’s Court Theatre.

Equally unforgivable is the fact that for a play that runs for only an hour, it was quite incredible how little time seemed to be spent on telling the story. Given that it is based on a story and then reworked to incorporate the writer into the plot, you would think that there would be a lot to say. But instead it seems that there was more focus on the visual and artistic trickery than any plot. What should have been brief moments are drawn out unnecessarily long. Was there a need for one cast member to don a blond wig and fake orgasm at the mention of the wife who has run off with another man? Was there any need to spend minutes opening a box as they described each stage of the opening, whilst the very next moment a phone is left ringing unnecessarily long, presumably for effect, but that effect was to prolong the boredom? At sixty minutes you would think they would struggle to fit the story in, but in fact at sixty minutes it was dragged out.

The Fatal Eggs promised so much, and yes, it again demonstrated that So It Goes Theatre are capable of some lovely visual treats. But in the end, this really seemed a case of all its parts failing to add up to anything that merits that obvious talent. Instead this is one that should be quietly allowed to vanish, and hopefully next time up they will use those talents more wisely.

Based on an original novel by: Mikhail Bulgakov
Adapted and directed by: Douglas Baker
Produced by: So It Goes Theatre
Box Office: 0208 932 4747
Booking Link: https://www.soitgoestheatre.com/fatal-eggs
Booking until: 27 April 2019