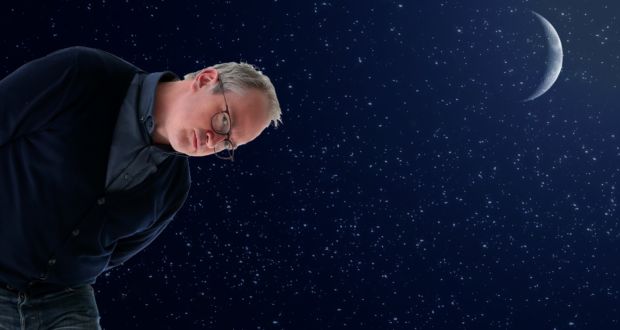 Pros: The variety and enthusiasm of the scientists filled what on paper sounded like a dry evening with laughter and thoughtfulness.

Cons: About half an hour too long, when the seats are this uncomfortable.
Nine Lessons and Carols for Godless People, Conway Hall – Review

Pros: The variety and enthusiasm of the scientists filled what on paper sounded like a dry evening with laughter and thoughtfulness. Cons: About half an hour too long, when the seats are this uncomfortable. On the day that the scientist, TV presenter and complete eccentric Heinz Wolff passed away, it felt rather fitting to be at Conway Hall for Nine Lessons and Carols for Godless People. This is the latest run of shows from Cosmic Shambles, a group that merges science and comedy seamlessly. Nine Lessons is a show full of scientists who would probably cite Wolff as an&hellip;

A great evening that demonstrates that science isn’t just for geeks, that snowflakes should only have six sides and that hedgehogs are very lucky.

On the day that the scientist, TV presenter and complete eccentric Heinz Wolff passed away, it felt rather fitting to be at Conway Hall for Nine Lessons and Carols for Godless People. This is the latest run of shows from Cosmic Shambles, a group that merges science and comedy seamlessly. Nine Lessons is a show full of scientists who would probably cite Wolff as an influence. Wolff made science fun for the masses, and tonight’s show attempted to do the same, albeit for a much smaller audience, many of whom probably already had an appreciation for the science on offer.

The night’s tone is set by the opening, a filmed safety announcement that goes through the fire drill with puppets. (It contains the fantastic advice that, in the event of fire, you will recognise the situation due to the sight of smoke and flames.) Something dull, something we all usually ignore, is made fun, and that is what the rest of the show does, over and over and over. Nine Lessons proves that science is not all white coats and test tubes.

The evening is very much in the style of a variety show, with a compere introducing the acts. In the first half this was Helen Czerski, the bubble scientist recognisable from various science programmes on TV. She stood in for the regular host Robin Ince, who was apparently detained having electrodes attached to his head for a Royal Institute Christmas lecture. He did make it back in time for the second act, though. The programme these two introduce is dominated by scientists, with the occasional comedian or singer.

Don’t let the thought of scientists giving short lectures put you off, because at times they could very easily be mistaken for the comedians. The humour they inject into their chosen subjects is infectious and makes you want to know more than their time allows. And the sheer scope of material covered makes sure all tastes are catered for. The purpose of the presenting scientists is not just to educate, but also to enthuse about their chosen subjects. And enthuse they do, from Kat Arney chanting ‘DNA DNA DNA’ like a football fan cheering on her favourite team, to Hugh Warwick, the ecologist and leading expert on hedgehogs who taught us that his favourite animal is extremely well endowed for its small size!

The programme also includes comedy and music, each with a nod towards the science and thoughtful nature of the evening. It’s not every day you hear a song giving scientific evidence for the differences between smoking cigarettes and vaping, or a comedian being excited about his age for its mathematic properties.

Where Nine Lessons finally went wrong was simply its length. As it passed the three hour mark, you could sense people starting to fidget in their seats. The last couple of acts probably didn’t get the attention they deserved, as people started to look at watches and get coats out from under seats.  Such a shame for those closing scientists, who I’m sure would have made more of a mark earlier in the evening.

Overall though, Nine Lessons and Cosmic Shambles offer a unique experience. It might be aimed more at the geeks like myself and the rest of tonight’s audience, but that audience could and should get bigger, starting next year when they perform at the Royal Albert Hall. On the day Heinz Wolff passed away, this was a fitting tribute to his memory and showed that there are plenty of people ready to carry on spreading his excitement about science to the world, one audience at a time.

Previous: The Box of Delights, Wilton’s Music Hall – Review
Next: How to Win Against History, Young Vic – Review