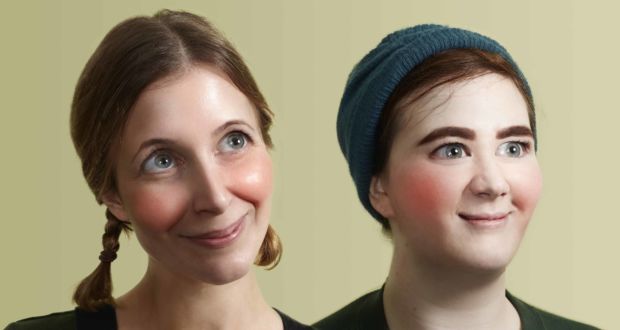 Cons: The caption screens did appear to lose track of the narrative on occasion.
Hansel and Gretel, V&A Museum of Childhood – Review

Pros: A brilliant cast complementing an amazingly atmospheric venue. Cons: The caption screens did appear to lose track of the narrative on occasion. The V&amp;A Museum of Childhood in Bethnal Green represents a sentimental journey for me. I grew up a stone’s throw away, in Hackney, and spent countless hours in the toy museum as a child. In the days before PlayStation, a child's toy was nothing more elaborate than a Meccano set, Subbuteo, or a game of Monopoly. You just added a pinch of imagination to make the magic happen. That's exactly what Pop-up Opera have done with&hellip;

A beautifully-staged version of a classic fairytale that deserves to win new admirers.

The V&A Museum of Childhood in Bethnal Green represents a sentimental journey for me. I grew up a stone’s throw away, in Hackney, and spent countless hours in the toy museum as a child. In the days before PlayStation, a child’s toy was nothing more elaborate than a Meccano set, Subbuteo, or a game of Monopoly. You just added a pinch of imagination to make the magic happen. That’s exactly what Pop-up Opera have done with this brilliant version of Hansel and Gretel. I never thought the museum would work as a theatre venue, but it’s an inspired choice. The atmosphere still feels the same as it did all those years ago – which is strange, because I can’t explain why; you can just sense it. The feeling never left that place.

A legendary fairytale originating with the Brothers Grimm, Hansel and Gretel was turned into an opera by Engelbert Humperdinck in 1893. Rewrites have gradually softened the story over the years, but the essence remains unaltered; Hansel and Gretel are unruly children who fail to do their chores, and Mother angrily sends them to a forest to pick some berries. As we all know, a forest is a dangerous place for young children to be; Mother and Father subsequently go and attempt a rescue, but do they save Hansel and Gretel?

The principles of pop-up were faithfully followed, with a solitary piano, a fridge, and some buckets with mops marking out the performance area. Two caption screens were placed on either side to provide translation – always reassuring for those new to opera. Crescent-shaped seating rapidly filled as the start time drew closer. Pop-up Opera have realised how natural dynamics and subtle lighting can add to the power of a story. Occupying the centre of the ground floor was a single torch to light a gangway dividing the seating, which ultimately lit a narrow performance area. Another torch occasionally emerged on the balcony, creating a beautiful shadow glow. Otherwise the lighting was minimal, cleverly surrounding audience and performers in darkness. The astonishing echo was the perfect showcase for the performers’ vocal talents. James Harrison as Father was sole baritone, and his boneshaking delivery could be heard for a full minute before he actually arrived via the terrace area. Polly Leech as Hansel and Sofia Larsson as Gretel were formidable, with mezzo-soprano duelling with soprano. Alisa Mainwaring as Mother and Rebecca Moon as Sandman were also excellent in the same vocal range.

It was a delightfully-staged opera oozing charm; the performers were note-perfect with a simple piano accompaniment. What more could one say about it? Just brilliant. The only discernible downside was that the caption screens seemed – to me, at least – not to keep up with the narrative at some points. Not that I could tell, as I don’t speak German and am only just beginning to read the universality of opera. That said, Pop-up Opera are skilled practitioners of the genre and I would recommend them to both connoisseurs and beginners.