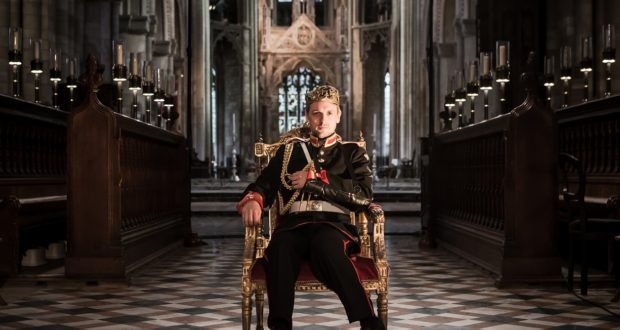 Cons: Some of the multi-roling fails to convince.
Richard III, Temple Church – Review

Pros: Beautiful venue, great design, entertaining and easy to follow. Cons: Some of the multi-roling fails to convince. Watching Richard III in 2017 it is hard not to be reminded of Kim Jong-Un and his ill-fated relations. Or of those Russian diplomats, lately so unlucky with swimming pools, slippery floors and brief illnesses. But the aesthetic of Antic Disposition’s production is that of the boardroom, perhaps even of the Trump Organisation, with the men of the court dressed in business suits, the women in tailored coats and sober shift dresses. Among these noble executives are some recognisable types: Hastings&hellip;

A solidly entertaining production that sometimes tries too hard to underline the play’s contemporary relevance.

Watching Richard III in 2017 it is hard not to be reminded of Kim Jong-Un and his ill-fated relations. Or of those Russian diplomats, lately so unlucky with swimming pools, slippery floors and brief illnesses. But the aesthetic of Antic Disposition’s production is that of the boardroom, perhaps even of the Trump Organisation, with the men of the court dressed in business suits, the women in tailored coats and sober shift dresses.

Among these noble executives are some recognisable types: Hastings the clubbable senior manager, too complacent to realise that he’s expensive and ripe for redundancy; Buckingham the energetic and ambitious young executive, too green to see the long game and Catesby the quietly effective right-hand man.

As the play proceeds, and the ghosts of Richard’s victims gather silently at one end of the traverse stage, there are shades of that Oval Office photo from the first month of Trump’s presidency, members of his then inner circle now being struck through with fat red crosses. The contemporary parallels are painfully obvious, but in fact the production suffers when those parallels are driven home too forcefully. Charles Neville’s Mayor of London is amusingly clueless, and would still be so without the shaggy blond wig. Alex Hooper’s zen warrior Richmond is equally funny, but making Richard’s nemesis a hipster in fatigues doesn’t necessarily serve the story. There is more than enough good stuff in this production to make gimmicks superfluous.

Toby Manley gives a masterful performance as Richard. Physically slight, with a club foot and damaged arm, this villain is the most seductive character on stage. When the play opens he is so self-aware and brazen that it’s hard to resist sharing in his malevolent glee as he outlines plans for treachery and murder. When his mother berates and curses him, his face crumples for just long enough to stir pity, and then immediately snaps back, as he makes his next obscene demand on Queen Elizabeth. When defeat closes in, his dangerous charm turns to charmless fits of rage and maniacal sniggering.

This is only one of many excellent performances, but Joe Eyre is particularly entertaining as a theatrical Buckingham whose early flamboyance contrasts sharply with his later anguished disillusionment. As Queen Margaret, Louise Templeton brings menace and depth to a role which requires many variations on the themes of rage and bitterness.

Atmosphere is pretty much guaranteed when you stage a production in a 12th century church. But James Burrows and Tom Boucher bring plenty more with their sound and lighting design. Executions are signalled with the sound of slicing blades, or the shots of the firing squad, while the dead are lilac-lit as they take their place among the ghosts. The acoustics of the traverse stage mean that lines do sometimes go awol, but the acoustics of a church mean that the actors can really exploit the echo to power their big lines. Richard’s death is beautifully choreographed, with each of the ghosts in turn catching him and offering him up to Richmond’s dagger.

The verse is spoken very naturally throughout, and the story is easy to follow. Every bit of dark humour is relished, and the simple design enhances the unusual setting. When Richard appears for battle dressed in a black shirt and jackboots the messaging feels a little heavy-handed, and overall the contemporary references don’t quite hang together coherently enough to make a compelling commentary on this timeless portrait of despotism. Still, there is much to enjoy in this gripping, stylish and very accessible production.