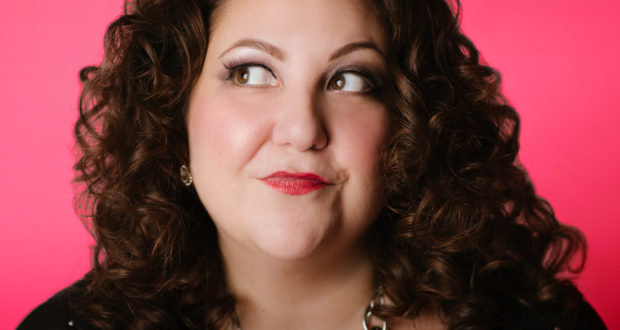 Pros: Great songs, smart jokes, no fillers Cons: It’s only on for three days Thirsty! is Tori Scott’s London debut and she makes quite an entrance. Already a sellout at go-to cabaret venue Joe’s Pub in New York, I’m sure it won’t be long until she’s selling out in London. As it is she’s making a strong start with three nights at Brasserie Zedel in Picadilly, in the opulent art deco room known as the Crazy Coqs. Everybody I know loves this venue. It has a feeling of old-school Parisian glamour, with plush carpets, low lighting, and cocktails served&hellip;

A gloriously entertaining evening. Tori Scott takes a wry look at life as a single woman in her thirties and carries the audience along gaily with her. The band fill Crazy Coqs with fizzing feelgood energy, and wow can Scott sing!

User Rating: 4.75 ( 2 votes)
Thirsty! is Tori Scott’s London debut and she makes quite an entrance. Already a sellout at go-to cabaret venue Joe’s Pub in New York, I’m sure it won’t be long until she’s selling out in London. As it is she’s making a strong start with three nights at Brasserie Zedel in Picadilly, in the opulent art deco room known as the Crazy Coqs. Everybody I know loves this venue. It has a feeling of old-school Parisian glamour, with plush carpets, low lighting, and cocktails served to your table. Texan-born Tori’s warm and relatable persona made me feel like she was just the kind of woman I wanted to be out for cocktails with.

Featuring a mix of pop songs and standards, this show had the feel of a raucous confessional night out with girlfriends, and there were lots of groups of women and a lot of gay men in the audience. Tori made much comedy out of being a friend of the friends of Judy, playing a little on the fag-hag stereotype. She has been described as ‘the Bette Midler of the New Millenium’ and there were plenty of jaw-on-the-floor laugh-out-loud moments when she demonstrated her insider knowledge of gay sex culture. What’s a straight single woman in her thirties going to do as even her gay friends are settling down? Clearly if you’re Tori Scott, you write a blisteringly funny show, and sing like a demon! There were none of the lazy cabaret clichés here; instead hilarious anecdotes were juxtaposed wittily with the songs they introduced. After recounting a story of online dating she segued smoothly into an inspired trio of La Vie En Rose, Wrecking Ball and The Man That Got Away, navigating through song the entire gamut of emotions that accompanies the modern dating world. I actually had to reach for a tissue.

Scott has great range. She timed her wry one-liners perfectly, but was also poised and clearly connected to the more heartfelt songs. Her voice is stunningly powerful, with a creamy quality to her belting that’s pleasing on the ear, and that sets her apart from the harsh style of many musical theatre singers that I personally can’t stand. It’s a credit to her skills that Tori made the evening feel so natural, as if you’d just stumbled across somebody chatting with their friends in a bar. At the same time it was clear that this was a highly polished show. I could see Musical Director and pianist Jesse Kissel watching Tori like a hawk, and cueing the bass player and drummer who were as tight as they come. Director Seth Sklar-Heyn’s experience in Broadway musicals was clear to see in the way the music and stories were woven together, with contrast, momentum, and an energy that never dropped. I suppose if I had one criticism it would be that Tori went ‘big’ in virtually every song. She is a terrific singer, but I think she could have kept some of her powder dry at times. Having said that, she is rightly ambitious about making her mark on London and it was a pleasure to see her pull out all the stops for her audience. She won over the whole room, at one point making a well judged plea to a noisy party at the back to be quiet. She pitched it perfectly – warm, generous and funny, but with no room to doubt that this was her show. By the end of 65 minutes we were singing and swaying along. I could have watched her for hours.