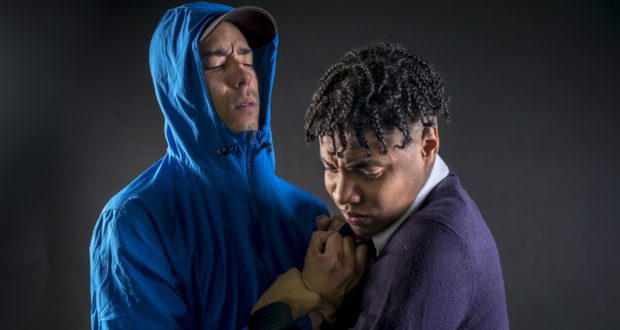 Pros: Some great performances and a pitch-perfect design

Pros: Some great performances and a pitch-perfect design Cons: The main storyline seemed less subtle than its tributaries I know Chickenshed Theatre for its big, glorious, all-ages Christmas shows, and for being pretty much the only thing that sweetens the bitter end of the Piccadilly line, at Cockfosters. But Chickenshed is so much more than that: it's an industry leader in inclusive theatre, with a full professional programme of devised and scripted work, alongside a drama school, a popular cafe/bar, live music events and more. I've been a fan a long time, but this was my first visit since&hellip;

A moving, compassionate and well-paced revival of a still-relevant refugee story.

User Rating: 4.65 ( 1 votes)
I know Chickenshed Theatre for its big, glorious, all-ages Christmas shows, and for being pretty much the only thing that sweetens the bitter end of the Piccadilly line, at Cockfosters. But Chickenshed is so much more than that: it’s an industry leader in inclusive theatre, with a full professional programme of devised and scripted work, alongside a drama school, a popular cafe/bar, live music events and more. I’ve been a fan a long time, but this was my first visit since last year when the new Artistic Director, Lou Stein, was appointed and started collecting fantastic reviews all over the press (ET particularly loved his inventive staging of Dario Fo’s Trumpets & Raspberries). On arrival I found the atmosphere just as welcoming as ever: I was glad to be back. And happily, the play fulfilled, or often exceeded, the hopes I’d had for it.

Refugee Boy is a novel by Benjamin Zephaniah, published in 2001 and adapted for the stage by poet Lemn Sissay in 2013. It is the story of 14-year old Alem Kelo, and his progress through the UK’s asylum system after his parents send him to England as a refugee of the Ethiopia/Eritrea conflict (1998-2000). Sara Booth’s clever design set the audience on two sides, poised above the action, like a reporter’s camera, a safe distance away. The soundtrack was late 1990’s pop tunes, and I can’t have been the only one who sheepishly remembered the tunes of the time far more vividly than the conflict itself. That the soundtrack had dated only emphasised the fact that the story has not. Indeed it saddens the author that the issues the play addresses are even more relevant today.

The 15-strong cast was diverse in age and experience, but performances were of a consistently high standard. Demar Lambert was sweet and utterly believable as the nerdy refugee boy Alem, charming the very diverse audience to identify with his various hardships. Will Laurence was outstanding as menacing children’s home bully Sweeney, a gun-toting African soldier and, later, Alem’s equally menacing barrister. The choice of a playground roundabout as the set’s centrepiece, was a constant and clever reminder of the cyclical nature of refugee crises everywhere. The revolving legal arguments played out on stage as Alem and his father were ‘processed’ through the UK’s’ asylum system like countless people before and since.

The main story was well paced but predictably emotional. For me, it was the secondary relationships that gave the play its spark. Teenage tussles with morality in Alem’s fledgling friendship with Mustapha (Kyle Johnson) made the children’s home scenes easy to identify with. Alem’s recurring flash-back encounters with his father (played with dignified restraint by Anthony Nyagah), were particularly moving; a simple story shared between father and son powerfully illustrating the complexities of growing up and facing unimaginably hard situations. Alem’s relationship with his foster family was teased out in a similarly interesting way. Jessica Baron’s peevish teenager Ruth was pleasingly complex, in equal parts selfish, caring and scarred by a previous fostering experience that was, intriguingly, only ever hinted at.

Happily, the sombre subject matter never slowed the action down. The long-on-paper first half whizzed by, interval drinks and ice-creams were in easy reach at a well-stocked, well-staffed bar, and the positive, upbeat atmosphere of the place never flagged. Walking back to the tube afterwards, I was already looking forward to my next visit to the wild edges of North London.

Previous: Interview: Mikhail Baryshnikov on ‘Brodsky/Baryshnikov’
Next: The Band, The Albany – Review