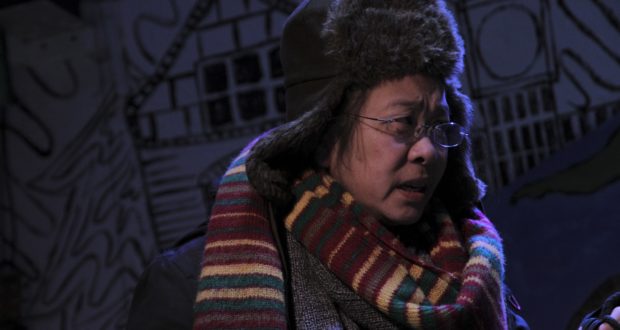 Pros: Brilliant representation of British female writers with Chinese and South East Asian descent, interesting plotlines and characters. Cons: Flat acting which took away from crucial emotional moments. First off, Theatre 503 in The Latchmere is a rare gem, and I mean that. The theatre is the perfect size for intimate productions and is located in a very cheery and classy pub/restaurant. For the ambience alone, I would definitely go there to see more shows. With that in mind, I really did want Foreign Goods Last Forever to go well. The concept sounded so unique: an anthology of short plays&hellip;

Amazing concept, but poor execution. With more rehearsal, this show will be something really special.

User Rating: Be the first one !
First off, Theatre 503 in The Latchmere is a rare gem, and I mean that. The theatre is the perfect size for intimate productions and is located in a very cheery and classy pub/restaurant. For the ambience alone, I would definitely go there to see more shows.

With that in mind, I really did want Foreign Goods Last Forever to go well. The concept sounded so unique: an anthology of short plays written by new and established female writers of East Asian and Chinese descent. On paper, I was sold. In reality, I was left dissatisfied.

The first play Yours by Naomi Sumner was undoubtedly the best one in the show. The plot was strong and intriguing, exploring what it means to be British with Asian heritage. It followed the story of a young Asian woman who was adopted and raised by a British family, reuniting with her birth mother.  The writing was so poetic and lyrical that I could even shrug off the sometimes-flat acting. However, this was not the case for the rest of the plays.

In retrospect, I feel that the acting was only weak due to lack of rehearsal. Nearly all the actors at some point faltered on their lines, which made for awkward, inappropriate stuttering and pauses. Not only that, but the slip-ups also detracted from the emotion of certain dramatic moments. Some of the most heart-wrenching moments in the latter plays fell flat because of this, and the touches of comedy weren’t enough to save the show.

Some of the storylines were obscure and hard to follow—particularly Lactose Intolerant and I’m Just Here to Buy Soy Sauce. Perhaps that was what the writers were going for, but I for one was left feeling underwhelmed compared to other plays that left me wanting more. Under a Red Blood Moon by Lucy Sheen, for example, was incredibly tender. I would have loved to have seen an extended version of both Acceptance by Amy Ng and The Swing by Suet Lee Tan. I thought that the direction these two plays took was original and ground-breaking. Both plays took on very delicate, but also prominent issues facing women of Asian heritage: being fetishised, experiencing racism and being invalidated. Yet, because of reasons I’ve mentioned, I was still left disappointed. The concept was brilliant, but the execution was poor.

Honestly, all the show needed was more rehearsal. It is so rare to come across a show which champions otherwise unsung heroes. In theatre, we desperately need more representation from both female and Asian writers, and Foreign Goods Last Forever did that. If the show was tweaked just a little, I’m sure it would deliver all it promised and more.