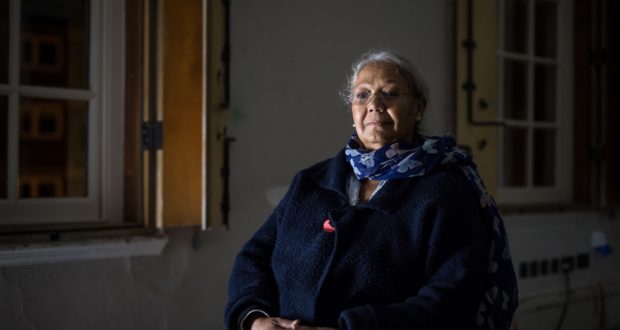 Pros: Moving, inspiring and eye-opening. This experience should be part of every school programme.

Cons: There is a fair amount of walking up and down the stairs involved so, if you have any access requirements, let the box office know in advance.
London Stories: Made by Migrants, Battersea Arts Centre – Review

Pros: Moving, inspiring and eye-opening. This experience should be part of every school programme. Cons: There is a fair amount of walking up and down the stairs involved so, if you have any access requirements, let the box office know in advance. I arrived at the Battersea Arts Centre after a day of far too much discouraging news on international politics. Most likely, 2016 will be remembered as a year when extensive migration was met with fearful and openly hostile public reactions.  Heading south of the river, my long and severely delayed journey reminded me how overcrowded and unpleasant&hellip;

Integration starts with education and Battersea Arts Centre nails it with the London Stories project.

User Rating: Be the first one !
I arrived at the Battersea Arts Centre after a day of far too much discouraging news on international politics. Most likely, 2016 will be remembered as a year when extensive migration was met with fearful and openly hostile public reactions.  Heading south of the river, my long and severely delayed journey reminded me how overcrowded and unpleasant London is during rush-hour, with its masses of silent bodies stuffed breathlessly inside the metal box that takes them home. Yet I was about to meet some wonderful people who had faced the hardship of migration to make London their home, convinced that this city, like no other, would support their individual development.

London Stories: Made by Migrants is not a conventional theatre performance. It is, instead, a journey through history. Primarily as an insight into the personal history of twenty-nine men and women who share their stories of migration, but also as an overview of the last six centuries of migration to London, explained with big white signs on the walls and postcards scattered along the route. Furthermore, London Stories is an exciting exploration of the building formerly known as the Battersea Town Hall, which has now become a symbol of arts and social engagement.

There are four different trails and small audience groups are invited to follow a guide through the nooks and crannies of the magnificent Battersea Arts Centre. Each group gets to meet six different characters, who recall their personal experience of migration in under ten minutes. At the end of the itinerary, all groups gather again in a large room, where the BAC Moving Museum has put on an exhibition of significant objects brought by the storytellers. There, we were able to learn something about the characters we didn’t meet and had the chance to leave a message for the ones we had met.

Being a migrant myself, I was particularly moved and inspired by the whole experience. Although I am amongst the lucky ones who moved to London as a choice, in search of opportunities and personal fulfilment, I know that things aren’t always so straightforward.

Reaching the place we want to call home, first of all, takes time and is often subject to the hurdles of bureaucracy. Marcelo was born in New York, spent his childhood in Chile and went back to live in New York until twelve years ago, when he felt the need for a more humanised dimension and found it in London. Maryam, instead, was born in Birmingham but grew up in Iran. Always feeling a special attachment to her native country, she eventually moved to London, where she found love and a creative career.

When it feels that we’ve finally settled, events sometimes conspire to take us back to square one. Rabiah’s father quit Kashmir at the age of twenty-four, leaving behind anything that could remind him of home. Three years later he was left unconscious in a racial attack but promptly resumed his life in London, working 80 hours a week, creating a family and never looking back.

And, of course, sometimes abandoning one’s country of origin isn’t even an act of free-will. Eiad was born and raised in Damascus. He moved to Lebanon to escape the regime and then continued his medical studies in Cairo but, with the outbreak of the civil war in Egypt, thought it safer to leave the Middle-East altogether. When his visa applications were rejected, he paid a high price to be smuggled to Italy on a small boat and then across Europe in the back of a lorry. Lily was deported from Hungary to Auschwitz, where half of her family was sent directly to the gas chamber. She still remembers clearly the day the American soldiers took the place of the Nazi jailers and, after the liberation, she spent some time in Palestine before finding her home in London.

It is often a survival instinct that pushes migrants to do illogical and irresponsible things, but the joy of being alive justifies the risk. Jade fled Uganda during the violent dictatorship of Idi Amin Dada and still recalls the terror caused by the soldiers who regularly plundered her village. To this day, she insists that running away and leaving everything behind is often the only way to stay alive.

The rooms contain no fancy lighting, costumes or soundtrack, though some of the spaces have been fitted with a bed to host the storytellers during the show’s entire run. In most cases there is just a bunch of chairs and someone waiting. Someone eager to share an anecdote and remind us that London is the city of equal opportunities and that we are all here with the same burning desire to find our identity.

Previous: Bits of Me are Falling Apart, Soho Theatre – Review
Next: F*cking Men, The Vaults – Review