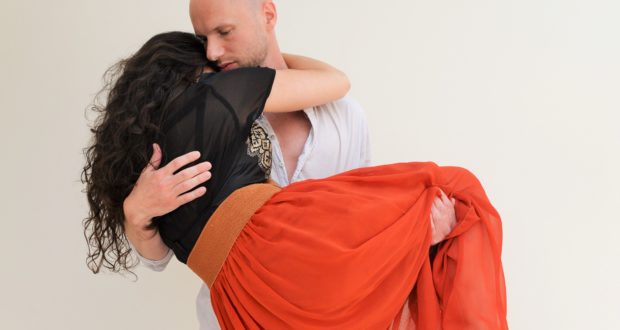 Pros: Amazing choreography, ingeniously creative and visually powerful. Cons: Slightly melodramatic and potentially too high-brow. If you don’t like romance and tragedy, beware. If tragic romance is what you’re looking for, look no further than NMT Automatics’ Dido &amp; Aeneas: Remixed. Inspired by Virgil’s Aeneid, this production breathed new life into an ancient story about love, suffering and prejudice. When Trojan hero Aeneas and his men are shipwrecked during their journey to Italy, they find refuge in the city of Carthage. This small yet prosperous citadel is ruled by much loved Queen Dido, who eventually falls deeply in love&hellip;

Perfect theatre for those who enjoy hauntingly beautiful love stories.

If tragic romance is what you’re looking for, look no further than NMT Automatics’ Dido & Aeneas: Remixed. Inspired by Virgil’s Aeneid, this production breathed new life into an ancient story about love, suffering and prejudice.

When Trojan hero Aeneas and his men are shipwrecked during their journey to Italy, they find refuge in the city of Carthage. This small yet prosperous citadel is ruled by much loved Queen Dido, who eventually falls deeply in love with Aeneas. Their slow and tender relationship, however, is plighted by fear and rumour. And it just wouldn’t be good drama if the epic tale didn’t end in a beautifully harrowing way.

As a venue for drama, the Redbridge Drama Centre was very surprising. Looking at the exterior you wouldn’t think of it as a theatre, but don’t let this put you off. Inside, the centre was eccentric and inviting — highly equipped with large spaces. Definitely worth the tube ride (in my case) to South Woodford.

Yet what was most surprising for me was how refreshing the show was. I’m not familiar with theatre-dance as a medium, but the experimental style of the show had me captivated. It managed to convey what words could not: the different experiences of loss, xenophobia and love (duh.) It is because of this that I actually found the narration quite hard to engage with at times. The speeches lessened the intimacy of the performance. I would have much preferred more of the dances incorporating skipping ropes and ladders.

However it could be argued that these moments were necessary. After all, Dido and Aeneas’ love is an epic myth; and it’s difficult to retell their story without incorporating that archaic speech and those melodramatic moments which recreate the drama’s sublime aesthetic. Nonetheless, sometimes I felt like I was watching a pantomime when a few of the jokes fell flat. Thankfully the humour improved once the complex setting was established.

I have to commend NMT Automatics’ decision to include participants from workshops in the show. This risky decision paid off as the participants which made up the Greek Chorus were just as professional as the company of actors.  Yet it was the actors and the choreography which made my jaw drop. Watching the talented performers carry out intensive and elaborate routines so seamlessly made my muscles ache! I can’t even begin to imagine the amount of rehearsal it took to execute each sequence with such poise, chemistry and synchronicity. Truly it was something extraordinary.

I only wish that the other elements of the show supported the physical brilliance of the performance. The use of opera added to the sublime aesthetic the play seemed to be going for, but the urban music (ironically) didn’t always compliment the urban/lyrical dance. Moreover, I left wanting more from the show—but perhaps that’s a good thing?

Unfortunately this feast for the eyes is no longer running in the London area; but the production team will return in 2017 with Myths of an Island: Aeneas in Sicily in Greenwich.