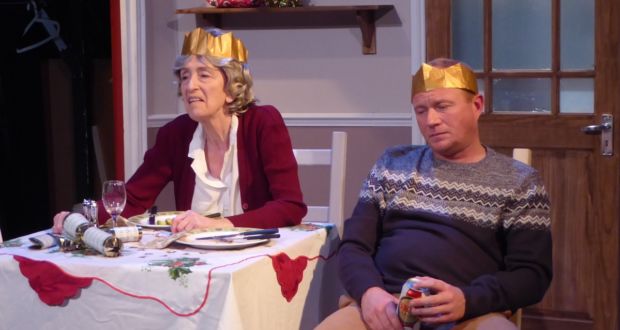 Cons: The character of David is underdeveloped by comparison to Rose.
Broken Strings, Tabard Theatre – Review

Pros: Linda Clark offers an outstanding and personal performance as Rose. Cons: The character of David is underdeveloped by comparison to Rose. Just behind Turnham Green station lies the Tabard Theatre, a little gem in the heart of Chiswick. With its 96 heavily worn red seats, the theatre sits above the Victorian Tabard Hotel pub and serves as a good example of a theatre which is entirely free of government funding. In recent years, the Tabard Theatre has become a favourite venue for famous comedians testing their new routines. Russell Brand, Harry Hill, Russell Howard, Dara Ó Briain and Al Murray are&hellip;

A realistic feel-good drama about loss and loneliness which requires more balance between characters.

User Rating: 4.6 ( 1 votes)
Just behind Turnham Green station lies the Tabard Theatre, a little gem in the heart of Chiswick. With its 96 heavily worn red seats, the theatre sits above the Victorian Tabard Hotel pub and serves as a good example of a theatre which is entirely free of government funding. In recent years, the Tabard Theatre has become a favourite venue for famous comedians testing their new routines. Russell Brand, Harry Hill, Russell Howard, Dara Ó Briain and Al Murray are among the big names who have performed there.

The production starts abruptly with the elderly Rose (Linda Clark) sat at the kitchen table, having just returned from her daughter Susan’s funeral, where she is soon joined by her son-in-law, David (Steven Arnold). Following the death of her husband a few years earlier, Rose was invited by Susan and David to live with them but now, following Susan’s tragic death, David finds taking care of Rose a harsh challenge. Rose’s moody behaviour clashes continuously with David’s extreme loneliness and as more time passes, the more difficult the situation becomes, until matters finally come to a head and things are forced to change.

The accuracy of the set used for Broken Strings is dazzling. The relatively small performance space has somehow been fitted with a full scale living room complete with bookshelves, table and chairs and two-seater sofa as well as a kitchen with sink, worktops and electrical appliances. Lampshades hang from the ceiling and, to further add to the realism, the room even has two doors: a main entrance and another leading to a different room off stage.

Writer Joe Wenbourne took inspiration from his mother Nelly for the character of Rose and her personality as a result is markedly more developed than David’s, thanks in part to Linda Clarke’s personal involvement with the script since a workshop in 2010. Her outstanding performance overshadows the solid but not-so-heartfelt acting of her otherwise worthy fellow performer Steven Arnold. In his capacity as director, Wenbourne should perhaps have appreciated that Steven Arnold’s loud burst of rage during the production would create an uncomfortable impact due to the size of the venue and should have guided Arnold towards a more introverted form of sorrow instead.

Every scene is well marked by a song and a corresponding – but not always punctual – alternation between darkness and light. While the breaks are necessary to allow for set and costume changes, they bring an anticlimactic disruption to the narrative flow. The musical choices also lack coherence, as the pieces seem to have little in common. There are some beautiful ballads and some classics, which recall the themes of the previous scene, but the jump between Glen Miller’s Moonlight Serenade and Jim Durante’s Make Someone Happy is quite hard to fathom, whereas the finale with the more modern Broken Strings by James Morrison, would be more suitable for a TV series than for this insightful and emotional drama.

With its 90 minute single act, Broken Strings will be remembered for bringing together two well-recognised faces from British television. Personally I appreciated the show’s plot that, despite some elements of predictability, kept a good pace and had a nicely surprising ending. The fourth star of my review is credited entirely to Linda Clark and Steven Arnold, who amazed me with their strong and delightful command of the stage.