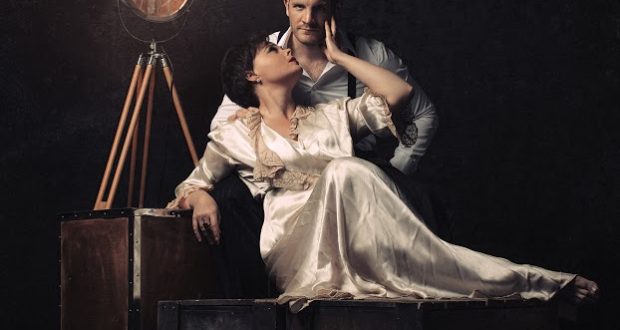 Through The Mill, Southwark Playhouse – Review

Pros: Astounding production, sublime vocals Cons: Weak air-con. Going to the wonderful Southwark Playhouse is always such a treat. The venue continually puts on a diverse variety of cutting edge shows and the inviting bar café area is still one of my all-time favourites in the capital. You can’t beat a post work ice cold pint on a Friday night in this great venue situated only a stone’s throw from Elephant &amp; Castle. Its new show, the musical-play Through the Mill, chronicles the production difficulties behind the scenes of The Judy Garland Show in 1963 and in my opinion it&hellip;

A remarkable night of theatre exploring the tragic life of Judy Garland.

Going to the wonderful Southwark Playhouse is always such a treat. The venue continually puts on a diverse variety of cutting edge shows and the inviting bar café area is still one of my all-time favourites in the capital. You can’t beat a post work ice cold pint on a Friday night in this great venue situated only a stone’s throw from Elephant & Castle. Its new show, the musical-play Through the Mill, chronicles the production difficulties behind the scenes of The Judy Garland Show in 1963 and in my opinion it is flawless and an absolute delight.

Garland’s rise to fame is the stuff of Hollywood legend and Through The Mill goes beyond the rainbow and sets out to show you how this star rose and then eventually fell at the young age of 47. Rehashing Judy’s career and demise was done only a few months ago in the mind-blowing End Of The Rainbow with Lisa Maxwell in the lead. Yet what Through The Mill does (which I loved!) is show you different perspectives of Judy’s life from three different actresses. There’s Young Judy in the 1930s on the brink of going stratospheric with MGM; there’s Palace Judy about to perform her dream come true performance at London’s Palace Theatre; and CBS Judy who is struggling to make The Judy Garland Show a success – all three are mesmerising. I couldn’t take my eyes off them as they weaved in and around the set.

Downtown Abbey star Helen Sheals as CBS Judy is stellar with incredible vocals (especially with ‘Do It Again’ and ‘The Man Who Got Away’). You do feel like you are watching Judy Garland in the flesh as her mannerisms and accent are on point. She also gets all of the best lines and her delivery of ‘I’ve always found the youthful vigour of a young man a powerful aphrodisiac” is pure gold. Sheals’ lost and drunk Judy is perfectly matched with Lucy Penrose’s Young Judy who is fresh faced, naïve and innocent. Penrose taps into Judy’s wide eyed innocence beautifully and her rendition of ‘You Made Me Love You’ is breath-taking. Some of the scenes between her and Amanda Bailey as her pushy mother, Ethel Gumm, were executed brilliantly. Belinda Wollaston as Palace Judy, who’s at the height of not only her fame but pill popping paranoia, is dazzling. Her rendition of ‘Get Happy’ is awe inspiring and all of her scenes with hunky Harry Anton as her infatuated manager and soon to be husband and ex-husband are powerful and heartfelt.

Writer and director Ray Rackham, fresh from the success of his first musical Apartment 40C, has done an incredible job with Through The Mill. This show is slick, fast paced, well thought out and probably the best thing I’ve ever seen at the Southwark Playhouse. The songs speak for themselves, but Rackham’s script flows so naturally over the over the two acts you don’t notice time passing at all. From the love story to the first MGM audition and the dark world of drugs and fading Hollywood stars, the plot is gripping from the outset. The direction across the full 130 minutes is also outstanding. The cast comprises 16 talented actors and musicians and more often than not you’ll have all of them on stage all at the same time which can be distracting but you don’t care. While Young Judy is singing her heart out you’ll see older CBS Judy staring in a drunken haze into a mirror and it was these little fragmented moments that I just loved as each scene, no matter how small the role, is thought through which resulted in a heavenly night of musical theatre that this friend of Dorothy can’t stop talking about.

The only negative was the heat inside the venue as I was gagging for fresh air and water like Judy wanting pills! Take a fan.

Tagged with: Amanda Bailey Apartment 40c Belinda Wollaston Chris Whittaker Do It Again Downtown Abbey End Of The Rainbow Ethel Gumm Get Happy Harry Anton Helen Sheals Jordan Li-Smith Lisa Maxwell Lucy Penrose Ray Rackham Slider Southwark Playhouse The Judy Garland Show The Man Who Got Away Through The Mill You Made Me Love You