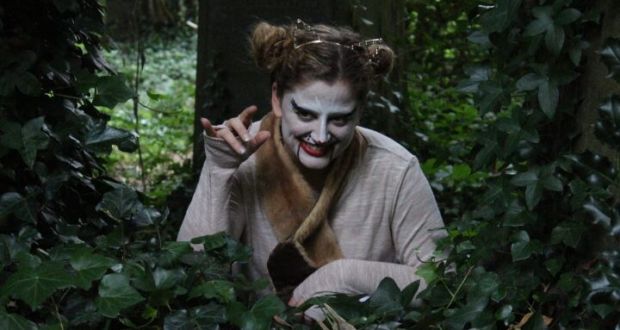 Pros: A beautiful location for a classic, well loved story which is told with enthusiasm and originality

Pros: A beautiful location for a classic, well loved story which is told with enthusiasm and originality Cons: Certain points felt amateur and less polished than the rest, creating drops in tempo. The backdrop of Abney Park's gorgeous scenery and cemetery gives beauty and unease in equal measures, perfectly complimenting Lewis Carroll’s fantastical and trippy classic following Alice's journey down the rabbit hole. After being sprayed to deter mosquito bites, the audience was split into two sides by being given either a black playing card or a red playing card. The two groups represented the cast they would be&hellip;

With bubbles, tea parties, hearts and stolen tarts, this show indefinitely represents that they really are all mad here in Wonderland. A fun cast, a fantastic story and an incredible location!

User Rating: Be the first one !
The backdrop of Abney Park’s gorgeous scenery and cemetery gives beauty and unease in equal measures, perfectly complimenting Lewis Carroll’s fantastical and trippy classic following Alice’s journey down the rabbit hole. After being sprayed to deter mosquito bites, the audience was split into two sides by being given either a black playing card or a red playing card. The two groups represented the cast they would be following as we soon realised when two Alices dreamily walked towards us, book in hand. For the first 10 minutes of action we followed both Alices until we reached a fork in the path where the woods began. Both Alices drunk from the small bottle labelled ‘drink me’ and as we entered Wonderland, I joined my red group in turning left whilst the black group ventured right. Eventually both casts and audiences rejoined to witness the final scene of the trial. This regrouping proves very effective and gives a brilliant finale to the piece.

Abney Park truly lends itself to this story with winding paths and a large expanse of woodland, allowing the immersive experience to make Wonderland a reality. Where paths widen to dwellings, scenes take places, allowing all audience members a clearer view as we clamber on verges and gather to see which of the beloved characters Alice will encounter next.

I was glad to see no unusual adaptions had been made to the story as Alice In Wonderland is such a magical play already; but this does not retract the breath of fresh air this company has given to it. All characters were eccentric and larger than life, with standout performances coming from both Linus Karp as the Mad Hatter and Ina Marie Smith as the Cheshire Cat. Additionally, both actors playing Tweedle Dee  and Tweedle Dum were wonderfully engaging, introducing the audience to Wonderland and it’s obscure nature. Abbie Thomas gave a strong and convincing Alice, filled with all the wonder and innocence of childhood combined with an inner fire. Her performance proves Alice’s courage and spirit, never exhibiting fear in even the most curious and unwelcoming of situations.

Paul Linghorn’s direction is clear for the majority, creating a weird and wonderful atmosphere through delivery and a perfect use of space by actors. However, it did in some places lose speed and become slow and amateur, with what I’m assuming was improvisation that fell flat and did not gel with the rest of the production. I also wish more was demanded of the costumes. I feel a location as spectacular as Abney Park deserves lavish costumes to go with it. Though there were several seamless and extremely fast quick changes, a few more bright colours and embellishments would not go amiss.

This experience (and it really is an experience!) encompasses the diversity and flexibility of theatre, as this beautiful story is uprooted from the stage and planted directly in London’s own creepy Wonderland for everyone to enjoy, upclose and personal. If you fancy a good old trip down the rabbit hole, then certainly get yourself down to see it!

Previous: Paradise Lost (Lies Unopened Beside Me), Wilton’s Music Hall – Review
Next: How To Win Against History, Ovalhouse – Review