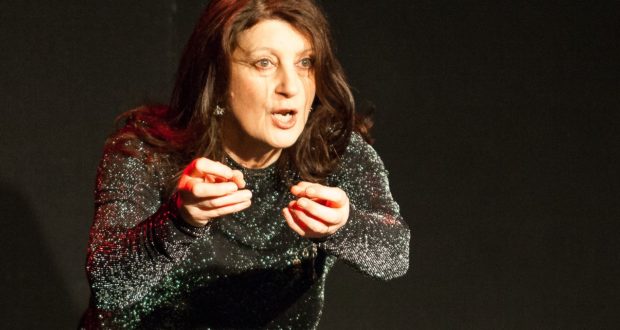 Cons: The show was rather repetitive at times, and some moments were just a bit too strange.
Little Red Riding Hood and Other Lost Girls, Soho Theatre – Review

Pros: A kooky, creative and off the wall performance that’s typical Soho Theatre fare. Cons: The show was rather repetitive at times, and some moments were just a bit too strange. A dark and freakish rendition of the famous fairy tale Little Red Riding Hood takes audiences on a journey to a far off land filled with gruesome deaths, saucy shenanigans and a whole heap of baffling tomfoolery. Writer and storyteller Nell Phoenix has quite the reputation, judging by the reaction she receives at the start of the performance. Her almost Catherine Tate-like manner makes her an intriguing and&hellip;

A clever but dark journey into fairyland, guided by an intriguing storyteller.

User Rating: Be the first one !
A dark and freakish rendition of the famous fairy tale Little Red Riding Hood takes audiences on a journey to a far off land filled with gruesome deaths, saucy shenanigans and a whole heap of baffling tomfoolery. Writer and storyteller Nell Phoenix has quite the reputation, judging by the reaction she receives at the start of the performance. Her almost Catherine Tate-like manner makes her an intriguing and entertaining person to listen to. Her outfit – a sparkly black frock and red knee high boots – seemed to sum her up in one clear image: bold and lively.

Phoenix starts by telling the original version of the story we all know and love, getting the audience involved to fill in the gaps in the text we were brought up knowing. However, after making Miss Hood a sausage-obsessed German country girl and later a French style maid, it becomes clear that Phoenix has an amazing ability to cleverly twist the circumstances of the piece to make the whole show unique and still comprehendible. Infectious laughter quickly rang around the space and the unity between the storyteller and us, the audience, was quite a captivating thing in itself, giving the crowd a chance to be a part of the action happening before us.

There were certain parts of the show I did, however, find slightly tiresome and perhaps a bit too odd. The same stories are repeated again and again, with similar issues being discussed and the same dirty jokes thrown in to seize the audience’s attention. At other times, the antics and humour almost disappear; more high energy moments and more variety would’ve made it easier for the audience to stay engaged from beginning to end.

On the whole, Phoenix brings the wit, quirkiness and eccentricity we are used to seeing from The Crick Crack Club, a company that prides itself on unveiling new and interesting work and bringing it to the public eye. A better hook into each story and an increase of comic material would have made the piece have more of an impact and keep the audience engaged throughout. Nevertheless, this is a kooky and creative show that will leave you feeling upbeat and full of vigour.

Created and Performed By: Nell Phoenix
Producer: The Crick Crack Club
Booking Information: This show has now completed its run.

Previous: Hotel Black Cat, London Wonderground – Review
Next: For Those Who Cry When They Hear The Foxes Scream, Tristan Bates Theatre — Review