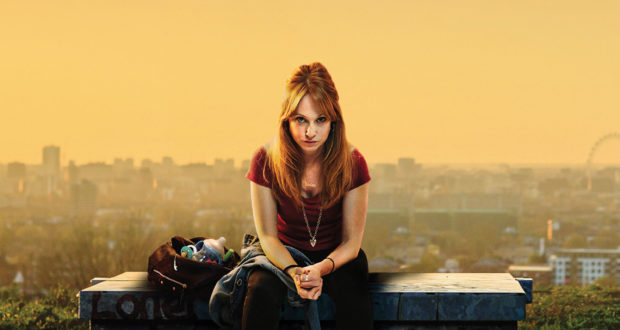 Director Hannah Hauer-King is the co-founder and artistic director of Damsel Productions (alongside Kitty Wordsworth), a company that aims to tackle gender inequality in theatre by providing a platform for talented female playwrights. The company’s latest play Fury, written by emerging writer Phoebe Eclair-Powell, is a modern-day Medea story centred on Sam, a young, single mum who strikes up a relationship with her upstairs neighbour Tom. Ahead of the play’s debut at Soho Theatre, we spoke with Hauer-King about dramatising social issues, the creative process, and Soho Theatre’s support of young artists.

How would you sum up your production of Fury to people considering coming to see the play?
Audiences should come expecting to see a fast-paced, electric, modern Medea. Fury is in many ways a thriller–with a powerful female character, a dynamic Chorus, and electronic music fused with acapella voices.

What first attracted you to Fury’s script?
I first read Fury when I was reading for the Verity Bargate Award last year, and it was immediately one of the standout pieces. The play’s central character Sam was so refreshing in her complexity and fierceness; she had such an immediate presence and memorability. Then on reading it again later on in the year, the ensemble and choral nature of the play really captured my imagination. It was amazing to see a young writer not only produce a play with slick and fantastic dialogue, but also take on the challenge of incorporating a chorus conceptualised in a contemporary way, and do so more than successfully. When Damsel co-founder Kitty Wordsworth read it and responded with the same enthusiasm, I knew that we had found our next show.

Your production company Damsel Productions is dedicated to putting women at the forefront of storytelling and theatre, and Fury takes on such social issues as single motherhood in gentrified London. How important do you feel productions like this are in raising social consciousness and affecting change?
I hope very important! Gentrification and gender inequality are issues that can and are being addressed through politics, journalism and other platforms, but I do like to think that art has a unique way of heightening social consciousness. We can talk about gender, motherhood and tackling gentrification, but physically putting these issues centre stage and enabling us to actually see and engage with them has a certain intensity.

Last year, Damsel Productions’ show Dry Land provoked quite a considerable degree of controversy and dialogue about reproductive rights, as well as ‘graphic’ depictions on stage. It’s hard to get the same type of felt engagement with the issue when you simply describe a 16 year old terminating her own pregnancy in words.

Have you come across any challenges during the creative process?
A significant challenge has definitely been discovering and reimagining the Chorus – how many voices there are, who they are and how they function. Because the Chorus sings contemporary songs, takes on different characters in the play and doesn’t have originally assigned text, there were multiple decisions to make in terms of number, gender and style. That was what made the workshop reading back in January so essential – it produced some really crucial discoveries for Phoebe and me in terms of further development.

Similarly, the character of Tom (Sam’s adversary) was a creative challenge, as we were keen not to just pathologise him as a psychotic villain, but still keep him ‘thrilling’ and scary. After some strong work with dramaturgs and artists at Soho Theatre, I think Phoebe has struck the balance beautifully.

What did you learn through this process?
I’m really enjoying working with our sound designer Nathan, who has taught me huge amounts about the scope and magnitude of what can be achieved in a sound studio. I told him quite unhelpfully that I simultaneously wanted to celebrate the raw element of a cappella voices that we discovered in our workshop reading, but also channel the electronic music aesthetic that the play calls for. Impressively, he seems to have succeeded in incorporating both.

What are you most proud of in the production?
Despite the mentioned challenges, one of the things I’m certainly proudest of is Phoebe’s and my work on the Chorus and how much that has evolved. I’m also excited by the choice to stage the show in the round, with actors practically sitting next to audience members. This will hopefully leave audiences feeling that no one is let off the hook – we’re all implicated in Sam’s journey.

What would you like audiences to take away with them after seeing the play?
If audiences come away feeling moved by the material and having been effectively told an important story, then I’m thrilled. And I hope Sam and her narrative will provoke us all to be a little more mindful of the assumptions about ‘negligent parents’ or youthful mothers that are so easy to make.

Phoebe Eclair-Powell won the Soho Young Writers Award, and you’re already getting to be a bit of an old hand at Soho Theatre yourself. What role do you think the Soho Theatre plays in the support and promotion of emerging young talent in theatre?
Soho has been instrumental in my and many other emerging artists’ development–they have an amazing trust in young artists, even at the stage of their careers when it can be bloody hard to get in the room! It’s a theatre that really puts its money where its mouth is.

Every year we see another young writer/performer who has been supported by the building then go on to actually do a show there; often through the Soho Young Writers Programme or one of the other fantastic initiatives they have on offer. Soho Young Rising (a festival celebrating the venue’s young talent), the Soho Young Writers Award, the Soho Young Comedy Labs and the general commitment Soho has to working with young people throughout the country all demonstrate their committed ethos and dedication to truly supporting young talent.