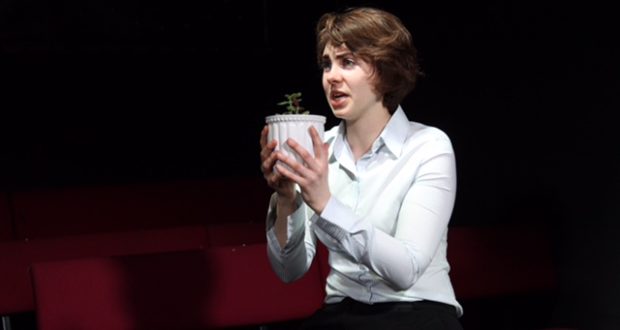 Pros: A thought provoking piece that uses humour, wit and creativity to stir conversation about the larger issue of street harassment.

Cons: As a series of scenes and sketches, there is no linear plot to follow, and no clean ending.
Might Never Happen, King’s Head Theatre – Review

Pros: A thought provoking piece that uses humour, wit and creativity to stir conversation about the larger issue of street harassment. Cons: As a series of scenes and sketches, there is no linear plot to follow, and no clean ending. My Monday night at the King’s Head Theatre was quite an enjoyable one, with a play, a pint and lively debate. One of the more spacious and hospitable pub theatres I’ve been to, the King’s Head Theatre located in Islington, offered a thrust stage for six actors to play out the riveting piece Might Never Happen. Devised and written&hellip;

A passionate and gripping piece of theatre, exploring different perspectives and accounts of street harassment, that questions what we as a society can do to move forward on this issue.

Devised and written by the company members of Doll’s Eye Theatre, Might Never Happen is a series of scenes and sketches depicting different experiences of street harassment. The company explore harassment on the street, public transport, the workplace, on a night out and also how we discuss it on our daily lives. Directed by Amy Embank of Doll’s Eye Theatre, this seventy minutes long production, while never forgoing the seriousness of the subject matter, approaches it with a sense of humour and clever wit. The strong juxtaposition of serious and comedic, role reversal of genders and perspectives allows you to have an enjoyable evening of entertainment, whilst leaving with a fire in your belly to approach the world differently.

The company’s passion for the issue of street harassment is apparent in the fervour with which they explore their characters. The humorous sketch of their ‘full proof’ plan to avoid street harassment, told by Catherine Deevy and Kirsty Osmon, set the tone for this witty piece from the start. Danielle Nott and Vicki Welles both gave heartfelt performances in their various roles, while the male players, Ashley Sean Cook and Paul Matania, not only offered a male perspective on the issue with certain characters, but made us cringe in horror at others. Horror, not only of what was taking place in scene itself, but also of just how close to reality those situations are. The use of male characters is an important part of this piece, offering their perspective and getting their voices involved in the conversation.

This can be attributed to Amy Ewbank’s vigorous direction. The collaboration between both her and the company was evident and clearly vital to how it is played. It’s clear that everyone’s voices have come together to tell this story. Rajiv Pattani’s lighting design as well as Cindy Lin’s set and costumes helped the piece to move fluidly from one sketch to the next. Ruth Sullivan’s sound design artistically aided in setting the mood for each story as it was told.

Because of the episodic nature in which this story is told, it could be hard for audience members to follow for those who prefer a more linear plot. However, I feel the company purposefully present this structure to support their wider goals in putting on the play. It leaves the ending unfinished, allowing the lines for communication to open and acting as the catalyst for further conversation about street harassment. The two main collaborators on the piece, Dr. Fiona Vera-Gray and Dr. Maria Garner joined a panel of women from the worlds of journalism, politics and academia after the show to help get the conversation flowing.

Might Never Happen is a powerful play, told by an impassioned company working to move the conversation forward on street harassment. Although the episodic nature could be hard to follow for some, this fragmentation only benefits the social intentions of the piece. Set in the perfect pub theatre venue to afterwards just sit down and start talking about how we can work together to spread the word and put this issue to right.