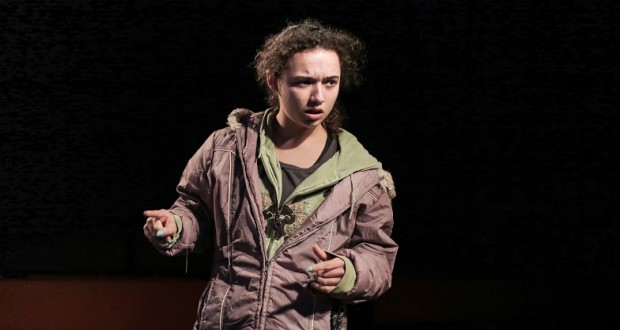 Pros: Outstanding writing, thoughtful direction and phenomenal performances. This is a very special piece of work delivered with passion.

Pros: Outstanding writing, thoughtful direction and phenomenal performances. This is a very special piece of work delivered with passion. Cons: Sensitive and distressing topics which some may wish to avoid. The debut performance of Kate Lock’s Russian Dolls, in my view, proved itself as a vital piece of theatre for our age. Winner of the 2015 Adrian Pagan award for Playwriting, Russian Dolls achieves what so many others aim for but never reach. I am so glad that organisations such as the King’s Head Theatre exist to support meaningful drama like this. Kate Lock has succeeded in crafting consistent, truthful&hellip;

This is a must-see production: not only for its skill and artistry, but for its exploration of our culture.

The debut performance of Kate Lock’s Russian Dolls, in my view, proved itself as a vital piece of theatre for our age. Winner of the 2015 Adrian Pagan award for Playwriting, Russian Dolls achieves what so many others aim for but never reach. I am so glad that organisations such as the King’s Head Theatre exist to support meaningful drama like this.

Kate Lock has succeeded in crafting consistent, truthful voices for two very different characters: seventeen year old Camelia, seeking the security of a young offenders institute; and Hilda, an elderly woman who dedicated her life to her numerous foster children yet finds herself facing the challenges of age largely alone. Mollie Lambert (Camelia) and Stephanie Fayerman (Hilda) seem the perfect embodiment of these roles, and the connection they have built under the thorough direction of Hamish MacDougall serves the story wonderfully.

MacDougall’s direction makes use of a difficult performance space exceptionally well, which allowed the actors to communicate with the audience on a personal level, serving the humour of the piece. The tendency for most dramatic revelation to be expressed through dialogue, and comedy to be addressed to the audience through monologue, was very interesting. It demonstrated the growing relationship between the unlikely pair, and ensured the audience’s fondness for both characters, no matter what they said or did to one another.

It was a shame that the show relied on stagehands to change aspects of the set at times, because although well executed this did break the audience’s engagement. However, Lambert and Fayerman did well to re-establish the connection quickly with their engaging performances.

The story does contain sensitive topics, including descriptions of sickening sexual abuse, which I feel audiences should be made aware of. However, such matters do not feel exploited for shock value, and represent a necessary realisation of a deeply sad, but very real risk for many young people let down by, ‘broken Britain’.

The beautiful, but never idealistic, exploration of Hilda’s outlook and values, founded on grit, honesty and tough yet unwavering love, both nurtures and jars with Camelia’s misspent youth and misguided outlook on her life. What binds the two characters is hope for a better life for future generations. This ambition is genuine and heartfelt, yet Kate Lock does well to ensure her play does not promise more than our society does. We are given options, opinions and choices – but never answers. Neither Hilda’s wisdom, nor Camelia’s intentions consistently represent what is right. This prompts audiences to reflect on the options presented, and to seek ones that were not.

In this way Russian Dolls really is a play of action. It demands a lot of its audience, and those in a position of power in our country. Whilst the show is very much based on the personal experiences and choices of two strong females, their problems are not unique. The audience thus leaves with an impassioned anger towards the social, judicial and economic sources of pain for two opposing generations. To create a piece of theatre which has this impact, whilst also managing to provide enjoyment, is an exceptional achievement.

Previous: How to Solve a Problem Like Murder, Paradise by Way of Kensal Green
Next: Hamlet, The Cockpit – Review