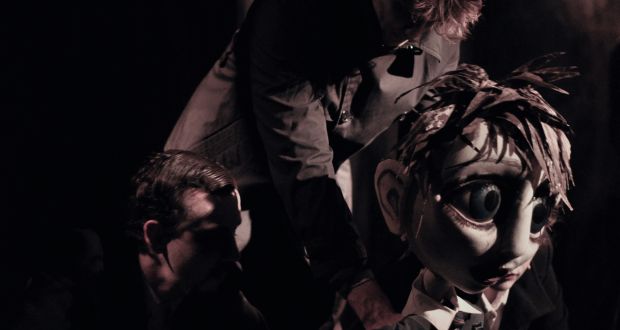 Pros: Fables For A Boy is visually stunning and beautifully mixes puppetry and live action.

Cons: It was unclear whether the show was a play examining deeper concepts or was simply a dark musical.
Fables For A Boy, LOST Theatre – Review

Pros: Fables For A Boy is visually stunning and beautifully mixes puppetry and live action. Cons: It was unclear whether the show was a play examining deeper concepts or was simply a dark musical. Musicals are a much maligned genre of theatre. So many people, myself included, are quick to say they don’t like them. Musicals can be expensive if you don’t want to sit where you can’t see the actors and can be fluffy and vacuous. Musicals often involve people flouncing around singing about how horrible their lives are, until the end of the show, when they sing about&hellip;

With more than a passing nod towards Tim Burton, this is a play for those who like things that little bit darker.

Musicals are a much maligned genre of theatre. So many people, myself included, are quick to say they don’t like them. Musicals can be expensive if you don’t want to sit where you can’t see the actors and can be fluffy and vacuous. Musicals often involve people flouncing around singing about how horrible their lives are, until the end of the show, when they sing about how beautiful life has become. No thank you, I don’t do musicals!

Why then, when I left the fabulous concrete bunker that is home to the Lost Theatre, was I so glad that I’d just witnessed Fables For a Boy? Maybe it was because it belonged more to the mind of Tim Burton than to Andrew Lloyd Webber. This is a musical macabre, played out in various shades of darkness. The chorus line were decked out in black cloaks, bowler hats and wore long, evil beaks on their grey faces. The scenery was black and the backdrop looked like a vortex you could fall through forever. Fables For A Boy is a very, very dark show and, thankfully, no one sings about how lovely life is, not even at the end.

The titular character, referred to as Boy throughout, has a sorry life. As a form of escapism, his grandmother tells him fables which are dark in the best traditions of the Brothers Grimm. These are told through the use of some brilliant visuals. The audience watches one story projected onto a large book of fairytales, while another is told using puppets and, mostly stunningly of all, another is told through shadow puppetry. Each technique looks so simple but this just demonstrates how skilfully directed the show is.

In the second half, after his grandmother’s death, the fairytales seem to live on in the Boy’s head. Whereas in the first half of the show the audience watches the stories unfold in glorious ways, in the second half they have none of this beauty. Rather, the darkness becomes all-consuming as Boy and his mother slowly descend into the blackness.

Don’t let the darkness be off-putting, though, as Fables For A Boy is a compelling show. The cast shines throughout, which makes what could be a depressing performance a joy to watch. The songs are not light like in most musicals and are instead operatic in nature and stunning to listen to in such an intimate venue.

This isn’t to say that Fables For A Boy doesn’t have its faults. Musicals can involve simple and sometimes shallow stories. Fables For A Boy by contrast has a depth which could have been explored more. For example, Boy appeared to me to be based on a child with Asperger’s Syndrome. While I would never say that an audience needs neon signs telling them such things, his state of mind was such a central concept in the show that it could have been addressed more directly. Likewise, a tighter script might have helped develop the concepts the writer was aiming at. Another issue was that it was unclear whether Fables For A Boy was a musical that wanted to address the issue of mental health or simply a dark musical. Both seemed possible and while the show succeeded as a musical, with some fine tuning it could become something even more amazing.

Overall though Fables For A Boy is well worth the effort. Alongside just how good I felt it was tonight, it held promise of what it could be with a bigger budget. In fact, it deserves to be much more. This is a musical that could easily be performed for a bigger audience with little extra needed. That being said, I would still highly recommend the show to anyone with a love of the macabre and to anyone who doesn’t hope for a closing song telling you how lovely life is.

Previous: What Would Shakespeare Do?
Next: Blue on Blue, Tristan Bates Theatre – Review 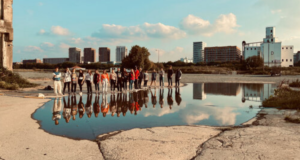 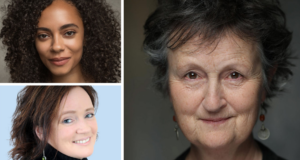 Review: Who Are You?, Online 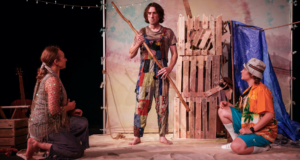 Review: This Island’s Mine, Exeter Phoenix