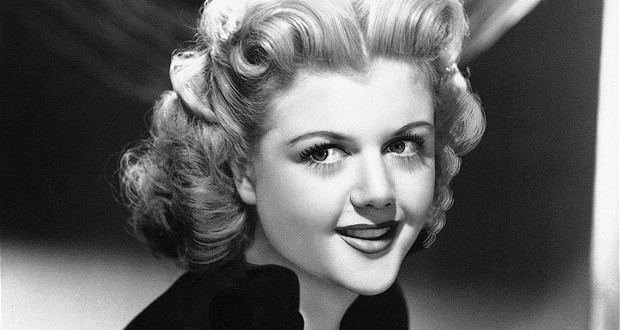 Author: Everything Theatre in Features and Interviews 14 October 2015 1 Comment 1,148 Views

On 16th October 2015, Dame Angela Lansbury celebrates her 90th birthday. She is an inspirational woman whose long life and career should be a source of pride here in Britain, where she was born. We all know her as a star of stage and screen, in shows from Auntie Mame to Murder She Wrote, but who is Angela Lansbury?

Lansbury was a wartime evacuee aged nine, a cabaret star at 17, and an MGM contract player before she was 20; she has also been Oscar-nominated three times. A veteran British actress with a body of work that spans all the major genres of entertainment – film, theatre, musical theatre and television – her appeal is enormously broad. She is treasured by the older generation for her Hollywood films and musicals, by that generation’s children for Bedknobs and Broomsticks, and by their children, for voicing Mrs Potts in Beauty and the Beast and playing Colin Firth’s aunt in Nanny McPhee. Then, there are the legions of musical theatre fans who appreciate the amazing work she did both on Broadway and the London stage – shows like Mame, Gypsy, Sweeney Todd, Dear World, and A Little Night Music. She has Mame to thank, in particular, for her status as a gay icon.

Film buffs and lovers of straight drama have seen her in a vast array of Hollywood films, from the earliest, Gaslight, which earned her a first Oscar nomination, through to classic thrillers like The Manchurian Candidate and later films set in London and Paris, like Mrs ‘Arris Goes to Paris. Her hit TV show, Murder She Wrote, is played on at least one channel every day, and many of her fans know her mainly for that. The show’s success was due not only to Lansbury’s performance in the lead role, but also to her strong creative input and increasing ownership of the format, behind the scenes. It sounds like a cliché but she really does have something for everyone.

Until last year, when she returned to perform in Blithe Spirit and receive her honour from the Queen, many British people thought she was an American star. Even today, I find some people surprised to learn that she was born in London and is the granddaughter of one-time Labour leader George Lansbury and daughter of West End beauty Moyna Magill.

She has supplemented her natural talent with resilience, determination and sheer hard graft

Dame Angela Lansbury has certainly had a glittering career, but along the way there have been knockbacks and disappointments. Through it all she has kept going, and has supplemented her natural talent with resilience, determination and sheer hard graft. In the early days, Broadway producers were not convinced she was a big enough star to sell a show, and their criticism of her performances undermined her confidence. During her time at MGM she was frustrated by being cast in villainous roles, and by directors who seemed not to know how to use her talents to the full. Yet she never stopped working at her craft, learning and improving as she went along and never giving up or giving in to despair. In her home life she has also faced difficulties; both of her children were at one point involved in the drugs scene, and she was left devastated by the death of her beloved husband, after more than 50 years of marriage. As an artist, I find the sheer volume and variety of work that she has accomplished very inspirational, particularly given the personal and professional challenges she has had to overcome along the way.

I could be onstage for days if I tried to include all the highlights!

One of the biggest difficulties in playing her has been deciding what material to keep in the show and what had to be left out. She has performed so much great material that I could be onstage for days if I tried to include all the highlights! In the end, I had to choose those pieces which best supported the narrative arc of the show, and which best illustrated periods of her life or character traits.

I was also aware that Angela Lansbury’s voice has changed as she has grown older and developed as a singer. I have needed, therefore, to keep my own voice strong (this is a long show for just one person to perform), flexible and versatile to cover the different vocal qualities she showed over time, and to be appropriate for the different styles of singing that I use to tell her story. 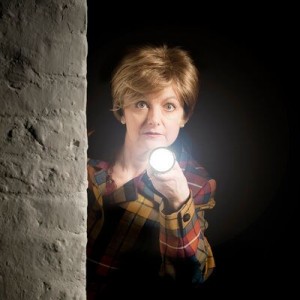 Dame Angela Lansbury has demonstrated that women do not suddenly become uninteresting or invisible at a certain age. She is a performer who has not only achieved a long and successful career, but has done so against some odds, and has steered her own course. A heroine who deserves all the loving tributes that will no doubt come her way this week.