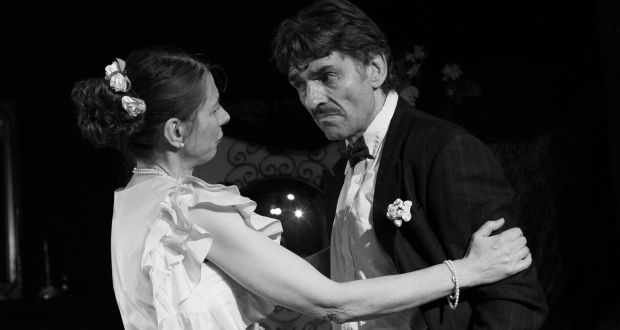 Pros: Wonderful, strong supporting cast adding much needed personality and comedic moments; an attention to smaller details. Cons: Weaker lead casting; a slow beginning and unengaging narrative. The Drayton Arms, with its neo-rustic feel, is a good setting to revive a play first seen in 1946. The theatre space is small but works well with the one-room set Filumena needs – though the back benches could do with a change, having distracted us with incessant creaking whenever the man sitting there made the slightest move. The set itself was simple but little additions, like the percolator idly sitting on&hellip;

Good fun thanks to the little things. The little surprises are worth your time.

The Drayton Arms, with its neo-rustic feel, is a good setting to revive a play first seen in 1946. The theatre space is small but works well with the one-room set Filumena needs – though the back benches could do with a change, having distracted us with incessant creaking whenever the man sitting there made the slightest move. The set itself was simple but little additions, like the percolator idly sitting on a side bench, saw to it that the feel was suitably Neapolitan.

It’s when the play gets particularly Sicilian that it really comes into its own: when the cast is on stage celebrating or engaged in familial bickering. It’s unfortunate that this takes a while to happen: the first 20 minutes are fairly slow. In this initial build-up, the actors didn’t seem to react well with each other, sometimes like they were just waiting for their turn to speak. When the younger cast members started appearing the show really started. All the performers upped their game and the whole production began to gel in a way that it didn’t to start with. This began with Emma Gonnella storming the stage as Diana, the mistress, and continuing to flourish with every movement. Another excellent performance came from Rebecca Cilento as Lucia, the maid, who was wonderfully cast and a joy to watch. Andrew Armfield added well-timed silliness to everything as the upstart solicitor Nocella and the three unknowing brothers, played by Arron Blake, Matias Di Masso and David Wentworth, gave great performances to three very different but equally interesting characters – their squabbles adding needed comedy to some heavy sincerity. The two older supporting characters – Rosalia, played by Diana Brooks, and Alfredo, by Tony Wredden – acted well as the mains’ valets and confidantes with happy-to-go-along attitudes. On their own the mains couldn’t have held the play and the supporting cast were really the characters you ended up routing for. David Houston, as Domenico, didn’t attract me at first, as I felt his performance would have benefit from some extra subtlety, but I’d warmed to him more by the end. The eponymous Filumena, played by Kathryn Worth, fell at a few of the same hurdles but stayed solid and convincing as a mother looking to provide for her children in any way possible.

The play itself, with its themes around the role of family and deception, isn’t too challenging and the final act had a few notes that were too saccharine for me. However, the production was saved by an engaging middle and wonderful support cast.

Little thoughts with the costumes went well too – Riccardo, the tailor brother, has a much nicer suit than the rest of the celebrants; the ditsier Alfredo had his tie tucked into his waistband.

The narrative felt wanting but it was the sidelines that ended up saving Filumena for me, the little extras that meant I left happier than I went in.

James is a freelance journalist and writer based in London. It’s kind of like a proper job but he gets to take a lot more baths. He enjoys cocktails and excuses to drink them. He is often found in the Middle East speaking Arabic badly.