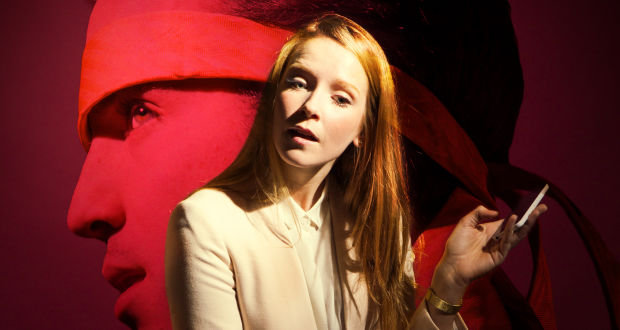 Cons: The choice of putting the actors in their pants for the entire show seemed gratuitous.
Islands, Pleasance Theatre – Review

Pros: Surprisingly layered, well-written dark comedy. Cons: The choice of putting the actors in their pants for the entire show seemed gratuitous. A person presents themself as a carefully constructed image. Yet beneath the veneer, either in their head or actually in life, more goes on, often unbeknownst to others. It’s a scenario that acts as the meat and bones of many plots on stage and screen. Heck, it's probably not all that uncommon in real life. So when the 'people are more than they seem' edict wiggles it's way onto yet another writer's page, the 'more than they&hellip;

A person presents themself as a carefully constructed image. Yet beneath the veneer, either in their head or actually in life, more goes on, often unbeknownst to others. It’s a scenario that acts as the meat and bones of many plots on stage and screen. Heck, it’s probably not all that uncommon in real life. So when the ‘people are more than they seem’ edict wiggles it’s way onto yet another writer’s page, the ‘more than they seem’ part has to be damn good. . .  like, knock-you-off-your-seat, you-can’t-write-this-stuff, blind-sided good!

Islands is Magnus and Sophie’s story. They are twenty-somethings living in London. Magnus works in ‘the city’ and Sophie’s just been promoted in PR. They talk like they’ve been ‘Made in Chelsea.’ They’ve both taken ‘gap years’ and live in a flat bought for them by their parents; but don’t worry, they have a stake in it too.

Together, they tell us who they are, what they do and how they met. They talk on a united front, but with a few over shares (according to Magnus) from Sophie. It’s all reasonably civil. However, when they each get the audience alone, they get down to the nitty gritty.

Magnus doesn’t really buy into all this macho-competition stuff at the office. He doesn’t appear to have any moral objections, though, to testing how much a woman wants him and cheating on his girlfriend. He has even fallen pretty hard for another woman. Sophie is good at her job, but underestimated by her sleazy male client. She’s also picked up some sadomasochistic fantasies after reading the book she’s currently promoting. There are only a few instances when the characters are not directly addressing the audience. This is mostly done through text. It is in these moments, when Magnus and Sophie are not performing for the audience, that relationship can be seen cracking. The audience never gets to see this ‘in person’.

The show is quite well written and, like Divas Fine Mess’ other production at the Edinburgh Fringe, it has been constructed in an interesting way. The story is engaging and funny but not fluffy. It reveals multi-dimensional characters with complicated lives behind the ‘perfectness’. The story behind the story, however, the ‘secret’ underbellies of Magnus’ and Sophie’s lives, are not mind blowing. They are not that surprising, and are even predictable. Thus, the ‘nothing is ever as it seems’ element of the plot is actually just what it seems. It is unclear whether attempts are being made to approve or disapprove stereotypes. There is, perhaps, is a nod to approving or disproving the ‘no man’s an island’ stereotype– but if so, it’s not particularly impactful.

It was also unclear as to why the actors had to present the entire show in their pants. There was no obvious reason for this choice and, being neither offensive nor inoffensive, it’s just a bit ludicrous.

Playwright Kyle Ross as Magnus and Eva Tausig as Sophie did an excellent job. They played the stereotypes everyone wanted to see, whilst presenting real people, each with their own complexities – no easy task. Both actors comic timing was also impressive.

Islands is a strong show. It’s well written and performed. It will definitely serve a evening of good entertainment – but that might be where it ends.

Produced by: Fine Mess Theatre
Directed by: Scarlett Plouviez Comnas
Written by: Kyle Ross
Booking Until: This was an Edinburgh Fringe preview. Islands will run at Underbelly at the Edinburgh Fringe 6 – 30 August.
Booking Link: http://www.underbellyedinburgh.co.uk/whats-on/islands#select-a-performance-jump