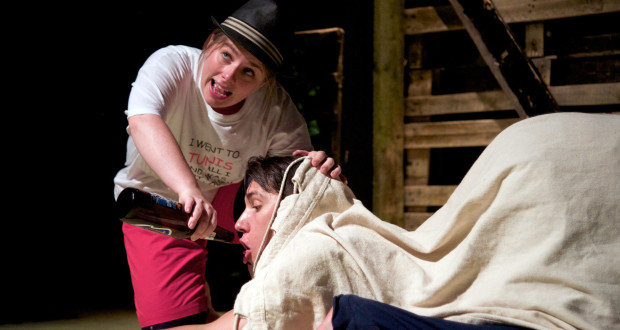 The Tempest, The Hope Theatre – Review

Cons: A slightly shaky start in a very warm theatre.
The Tempest, The Hope Theatre – Review

Pros: Impeccable comic timing and a perfect dose of audience interaction. Cons: A slightly shaky start in a very warm theatre. Tucked away above The Hope &amp; Anchor, The Hope Theatre hosts an exciting adaptation of The Tempest. One of Shakespeare’s best-loved comedies, producing company Thick as Thieves has masterfully reworked the magical tale with only four actors; an impressive feat in itself. In perhaps the hottest month in living memory, it seems an impossible ask to coax people into a confined space to watch a 90 minute performance written in Old English. However, this wonderful re-imagination of a&hellip;

Bursting with energy and a laugh a minute, this is modern Shakespeare at its best.

Tucked away above The Hope & Anchor, The Hope Theatre hosts an exciting adaptation of The Tempest. One of Shakespeare’s best-loved comedies, producing company Thick as Thieves has masterfully reworked the magical tale with only four actors; an impressive feat in itself. In perhaps the hottest month in living memory, it seems an impossible ask to coax people into a confined space to watch a 90 minute performance written in Old English. However, this wonderful re-imagination of a classic comedy is certainly worth braving the heat for.

For those who are unfamiliar with it, The Tempest tells the story of Prospero and his daughter, Miranda. Usurped and exiled, the wronged duo make their home on an enchanted desert island. Twelve years later, the opportunity for revenge presents itself as Prospero’s rivals sail close by. Naturally, chaos, calamity and laughs aplenty ensue.

As with most Shakespeare productions, it took me a little while to get into the swing of things, and I did feel the same way about the performance itself. The opening shipwreck scene was rather chaotic and, although this is obviously what the occasion called for, it made the dialogue very tricky to follow. This was by no means a reflection of the entire performance, however. By the second scene, the actors really hit their stride. Quite clearly Shakespeare aficionados, they navigated the difficult language with ease, and each portrayed a number of characters with finesse. Comedy is most certainly the group’s forte. Nicky Diss is particularly fantastic as Stephano; her superb comic timing and wonderful audience interaction enhances the hilarity tenfold, and makes the piece feel much more modern. Thomas Judd’s portrayal of Fernando also had us chuckling, and brought to mind Hugh Grant’s hopeless romantic, comically awkward Notting Hill role.

Much like the acting, the set also immersed the audience in the tropical island antics. Vines entwined the seats, and all four walls were decked with leafy foliage and strategically placed crates. Not an inch of space went to waste in this masterfully crafted set, designed by Diss and Laura Harling. I particularly liked the use of a high up nook, which Ariel, played by Ariel Harrison, lithely scuttled up to in order to work her impish mischief on unsuspecting characters, whilst also filling her stage manager role, partially hidden from the audience. In fact, the four strong cast also made up the entire backstage staff – director, producer and stage manager all impressively exhibiting their production skills as well as their acting chops.

Naturally, being the hottest July on record already, the thought of sitting in a hot, small space was not a welcome one. However, the theatre went out of their way to accommodate, working an interval in, providing iced water and placing makeshift fans on each of the seats. With the audience sitting comfortably, the humid day became less of a distraction and more a part of the tropical island ambiance. Thick as Thieves succeeded in providing a thoroughly entertaining evening. Easy to follow and wonderfully hilarious, I think I can safely say that this is the most fun I’ve ever had at a Shakespeare production. 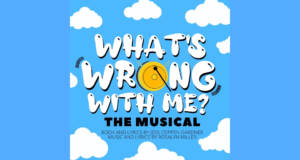 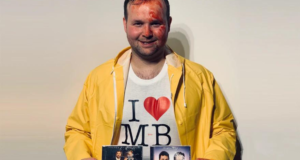